Can you use a brick to charge your device? - GulfToday 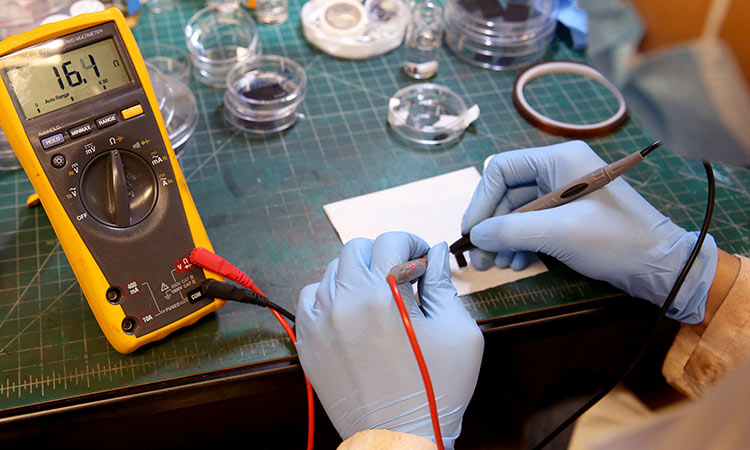 Washington University scientists have figured out how to transform a simple red brick into a power source for electronic devices.

The amount of energy the bricks can store is small now — not enough to power up a laptop. But researchers see a time when just a few bricks could store enough energy to feed an entire home.

“We have demonstrated an idea that no one had thought of — that materials that we use for building a house can have dual function,” said chemistry professor Julio D’Arcy, who is leading the research. “That future can be a reality and we can make it happen.”

If successful, D’Arcy’s bricks could provide a solution to one of the most vexing problems in the world of renewable power generation today: How to store unused energy as it is being created so businesses and homeowners can use it later. Solar panels, for instance, work well when it’s sunny. But they can’t be a building’s sole energy source, because most homes and offices aren’t equipped to store energy for nighttime use. And, while storage technology exists now, it is bulky and expensive.

NASA plans for return to Moon to cost 28 billion

Welcome to Realityville Illusion cakes are the rage in Hong Kong

If D’Arcy’s plan works, bricks would become batteries, powering up homes and even entire communities, with each house sharing excess energy with neighbours.

Earlier this month, the journal Nature Communications published a paper by D’Arcy and his team with early results, showing that they can make a brick store enough electrical energy to power up an LED light.

D’Arcy came to Washington U. six years ago from the Massachusetts Institute of Technology. His lab now studies the use of “green” chemistry — an approach that reuses waste products — to engineer new materials that conduct electricity.

The idea to convert bricks into units of energy storage came organically, D’Arcy said. “Every time I drive to work, I’m surrounded by bricks,” he said. “When we started looking at nature for inspiration, it was staring me in the face every day.” 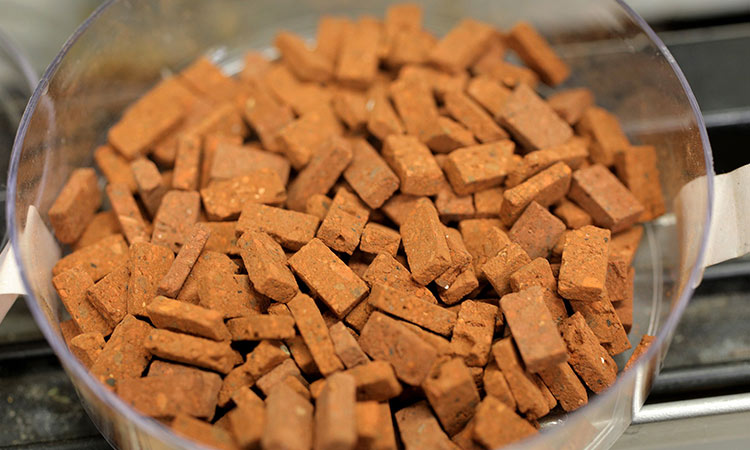 A key to the breakthrough? Iron oxide, commonly known as rust — the pigment that gives a red brick its signature colour.

A regular brick from a local hardware store contains about 6 per cent iron oxide. D’Arcy figured out that was enough to sustain a specific chemical reaction that would transform the inside of the brick.

He and his team put a brick into an oven heated to 320 degrees, and filled the oven with two gasses: vaporised hydrochloric acid, to free up reactive ions of iron from rust, and a gas known as EDOT, which reacts with the iron ions.

The product of that chemical reaction coated the brick’s internal pores with a net of minuscule fibres — fibres that conduct electricity.

At the end of the conversion process, the bricks change colour. If they come out blue, D’Arcy knows they’ve done their job.

Others in the field say D’Arcy’s work holds promise.

“I think the study is good and very creative,” said Shoji Hall, assistant professor of materials science and engineering at Johns Hopkins University. “It never occurred to me that something like bricks could be used as templates to make energy storage materials,” he added.

D’Arcy’s team still has a lot to do. It is now working to increase the amount of energy a brick can store by tinkering with chemicals infused into it.

The more bricks put together, the more energy can be stored.

But D’Arcy better likes the idea of having two bricks do the work of a thousand.

“At that point, it is a company that can actually create jobs in America. And that’s where we’re going with it,” said D’Arcy. “We know that this is the beginning of something, and it can be incorporated into our homes exactly where we need the energy.”

In St. Louis — a city that stands on the richest clay deposits in the United States — the sentiment hits close.

“It is an homage to St. Louis in many ways.”