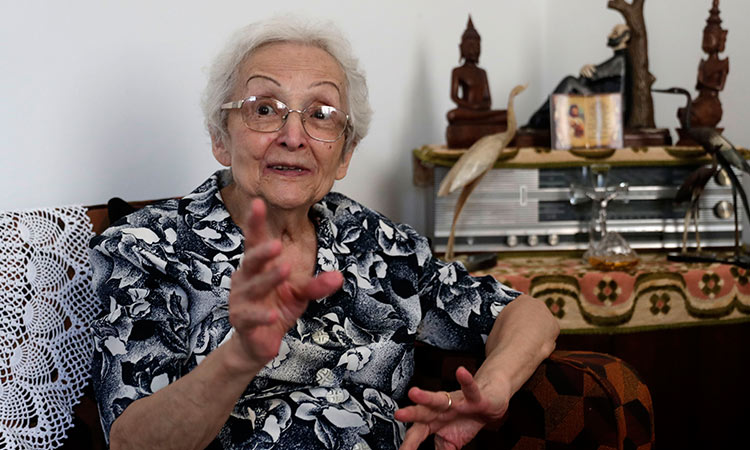 Berjouhi Kasparian gestures during an interview at her Geitawi neighbourhood house. AFP

"Never will I leave this home," said the Lebanese Armenian retiree as she sat in her windowless living room.

"The walls speak to me," she said, the endless din of reconstruction work ringing from outside.

Baby George born amid Beirut blast is light in the darkness

The August 4 blast at Beirut's port killed more than 190 people, injured thousands and ravaged dwellings in large parts of the capital.

Some of the worst-hit areas are home to the city's century-old Armenian community.

More than a month since the explosion, construction workers trudge up and down the stairs of Bandikian's 1930s villa.

"A lot of people rang me and said: 'Come and live with us'. But I can't. How am I supposed to leave an open house?" said the former French-language teacher, who lives with her sister. 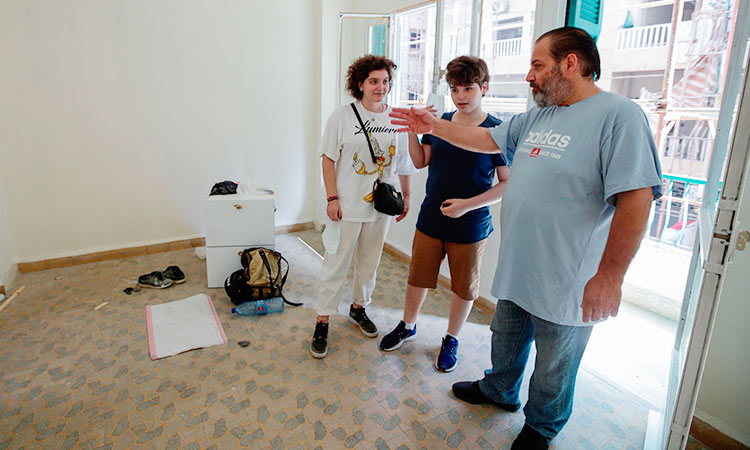 Dikran Geuzubeuyukian and his children inspect at his house in Beirut's Mar Mikhail district. AFP

Relatives in the United States have urged her to emigrate, but she is not interested.

Some 140,000 Armenians live in Lebanon, mostly descendants of those who escaped the mass killings of their people under the Ottoman Empire from 1915 to 1917.

They are the largest such community in the Middle East, and have their own schools and university as well as seats in the Lebanese cabinet and parliament.

In Beirut, many live in the Bourj Hammoud neighbourhood, but also in the heavily damaged districts of Geitawi and Mar Mikhail close to the port.

Shop signs in the area are often in Armenian, residents use their own dialect, and the elderly often speak halting Arabic. 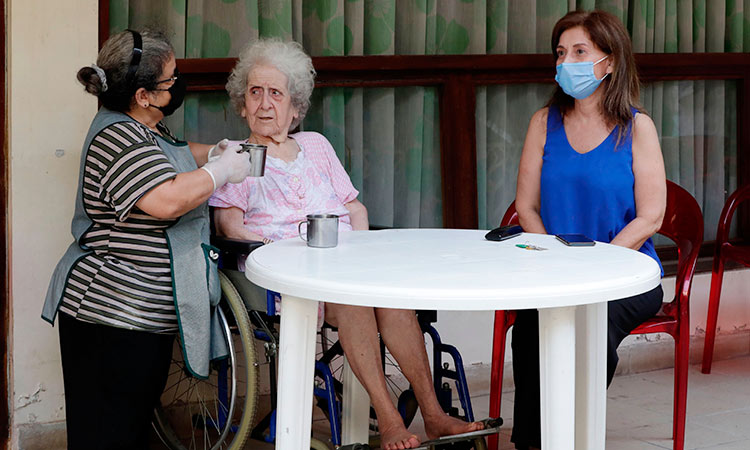 Residents of the Armenian CAHL nursing home and care center sit together in the center's courtyard. AFP

Berjouhi Kasparian, a frail 90-year-old with short white hair, said that even though she had three children living abroad, she would not leave the Geitawi apartment where she has lived on and off since she was 10.

"It will pass. Every country has problems," she said sitting in her living room, surrounded by family photos and handmade crochet doilies.

A scar to the side of her mouth is the only visible sign of the nightmare she experienced on the day of the explosion, four days before her birthday.

She was standing in her kitchen when a cascade of plates and glasses fell on top of her.

With Beirut's hospitals overwhelmed, she had to wait a whole day for someone to dress her wounds.

Bandikian and Kasparian have received help to repair their homes from the Lebanese branch of the Armenian General Benevolent Union (AGBU), a century-old non-profit diaspora organisation.

It hopes to restore 600 homes in total, not all of them belonging to Armenians. 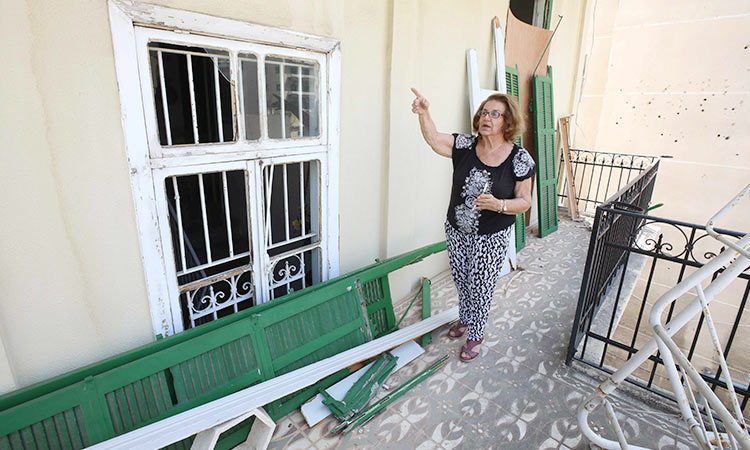 Vany Bandikian points at damages in her family house caused by the explosion at Beirut's port. AFP

Where else can we go?

In areas around the port, the explosion dealt a further blow to households already reeling from Lebanon's worst economic crisis since the 1975-1990 civil war.

At a home for the elderly in Bourj Hammoud, its manager Sebouh Terzian said he was grateful a donor had pledged $22,000 to fix the damaged building.

"Hopefully they will come next week and do all the repairs," said the head of the institution, which also relies on non-governmental organisations to feed its 119 residents.

But for others in the community, the pain of the blast is still very raw.

In Mar Mikhail, Dikran Geuzubeuyukian, 58, and his teenage children have received food aid and help to renovate their damaged flat.

But the cast-iron craftsman said he had mixed feelings about moving back in after the repairs have been finished.

From the kitchen, he can see what remains of the port's grain silos, while in the corridor, there is the place where he found his wife Liza, who died in the explosion.

Geuzubeuyukian said they had no choice but to move back in.