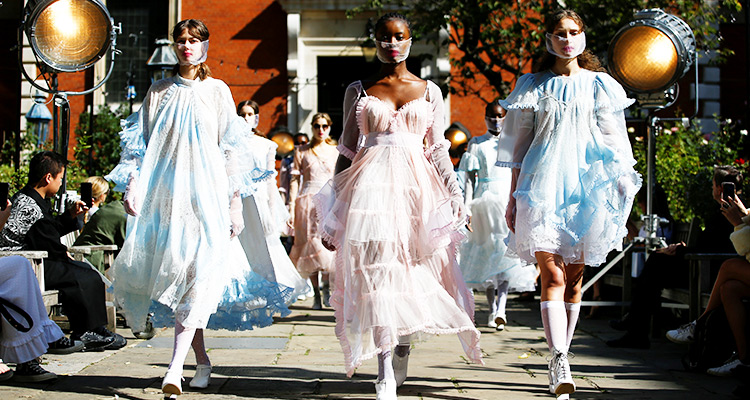 COVID-19 meant that Aksu's fashion show on Friday was one of only four taking place at London Fashion Week, according to the British Fashion Council, compared with the 46 shows that took place at the event last September.

The designer said that after such an isolating period earlier in the year due to the pandemic, he felt that not having a traditional show would have been "cutting off that human touch, I really couldn't do it." 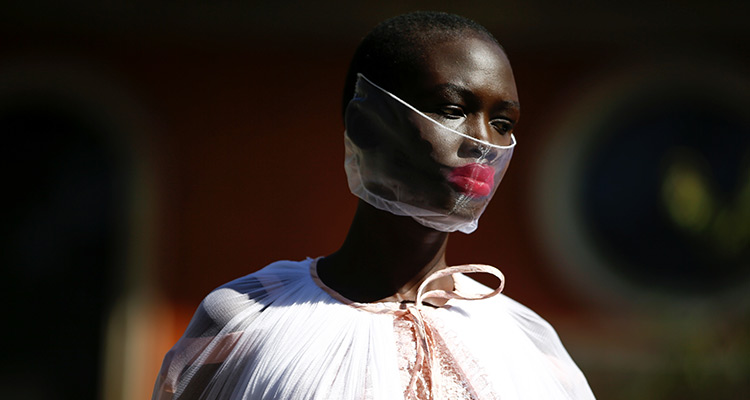 The floaty white dresses with long socks and white boots reflected the minimal dressing of the nurses.

He said of the pandemic: "It has so kind of affected all our lives and the way we operate and work that I could not take myself out of it."

It made him think of the 1918 flu pandemic and the accompanying time of mourning at the end of the war, and the much more optimistic period that followed.

The floaty white dresses with long socks and white boots reflected the minimal dressing of the nurses who treated the war wounded and those suffering from flu, he said. 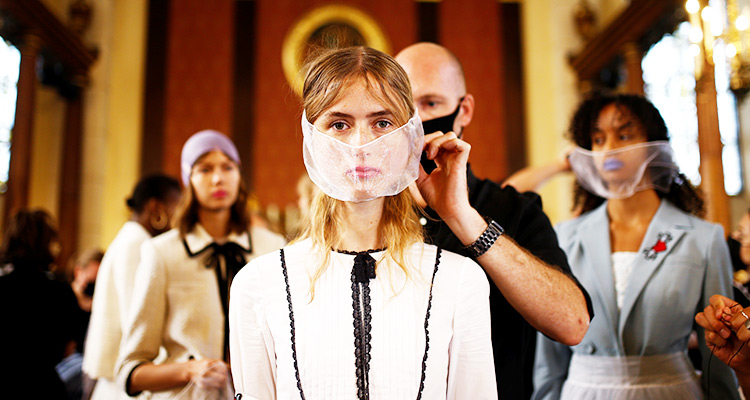 "The collections and the fashion actually should reflect the times that we be going through," Aksu told Reuters.

He said he wanted to send a message of hope by reminding people that after World War One and the Spanish flu pandemic, good times followed for many in the early 1920s. 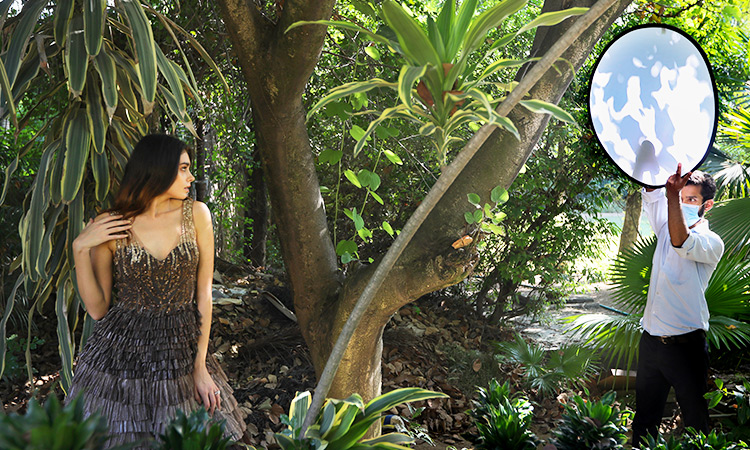