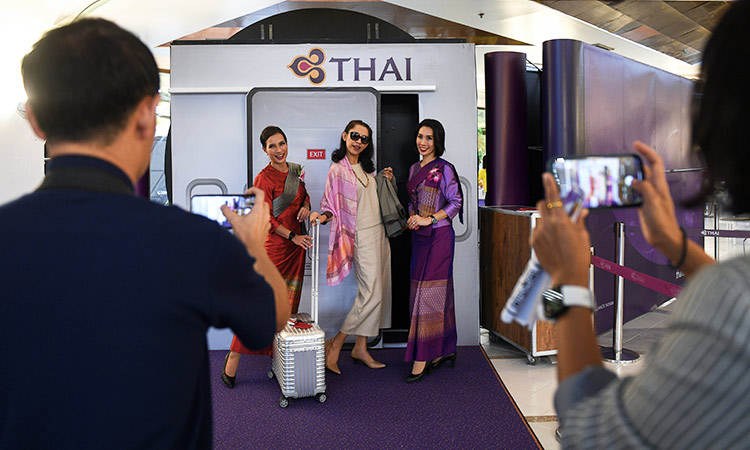 A customer poses for a picture with Thai Airways' flight attendants. Reuters

More than 100 diners craving in-flight meals after months of travel restrictions flocked to Thai Airways International Pcl's offices on Thursday to try a new pop-up restaurant and get a reminder of the forgotten flavours of on-board dining.

The national carrier, which has for months grounded most of its planes, has transformed the cafeteria of its Bangkok headquarters into an airline-themed restaurant and opened it to the public. 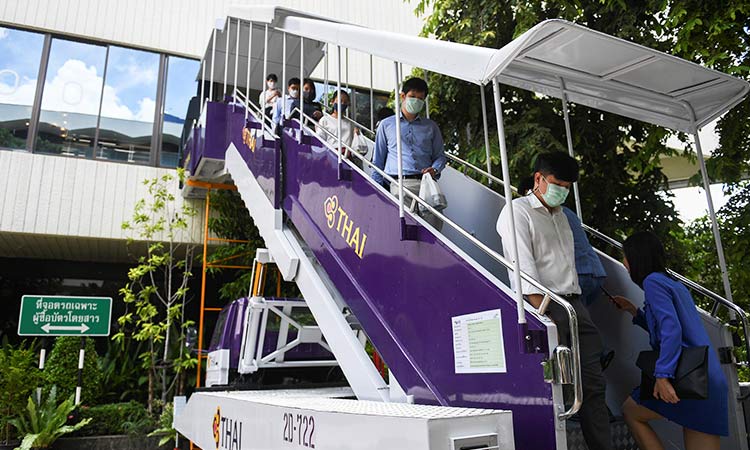 Customers walk out of the Thai Airways pop-up airplane-themed restaurant at the airlines headquarters. Reuters

"I ate a lot," said Pirachat Pengthongworrapetch, 36, who heard about the restaurant online. "It's better here than in the air because it's cooked to order."

But diners can still get to meet cabin crew, who greet them in full uniform as they enter the restaurant. It is decorated with airplane parts and seats to lend it an authentic aircraft feel. 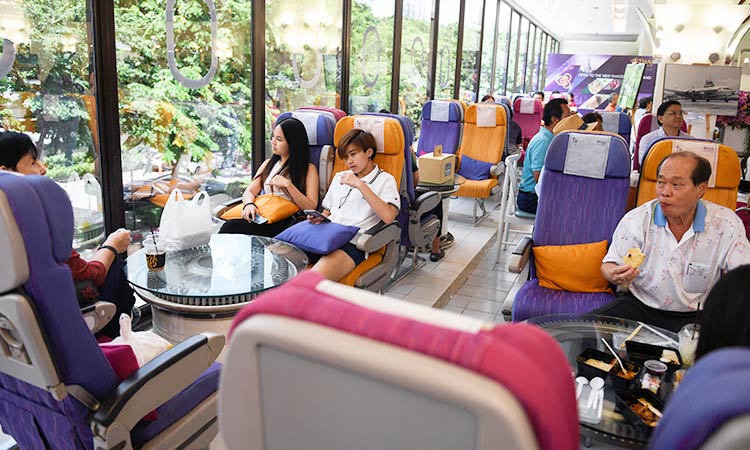 Each decoration has a QR code attached so visitors can look up information about the parts.

Diner Kanta Akanitprachai, 50, liked the idea of a plane meal without having to buy a flight ticket. 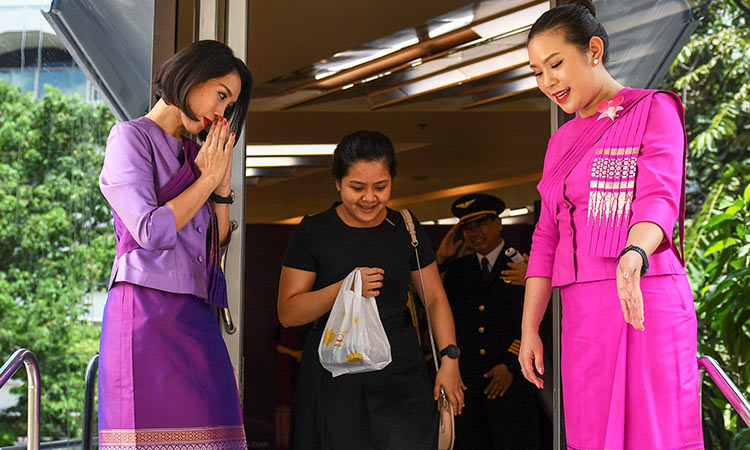 "I like the in-flight meals on Thai Airways, but we only get to have it when we fly," said Kanta. "Today we get to have it here, that's good because we want to eat."

Varangkana said the restaurant, which serves about 2,000 meals per day, was a way to recoup some lost revenue during the coronavirus pandemic, and there are plans to turn other Thai Airways offices into similar dining experiences.

Chefs and cabin crew from the airline, which filed for bankruptcy protection in May, appeared in good spirits.

Japanese chef Jun Uenishi said the experience was different because it was his first time interacting with customers.

The Thai bankruptcy court will decide on Sept. 14 if the airline can go ahead with its restructuring proposals. 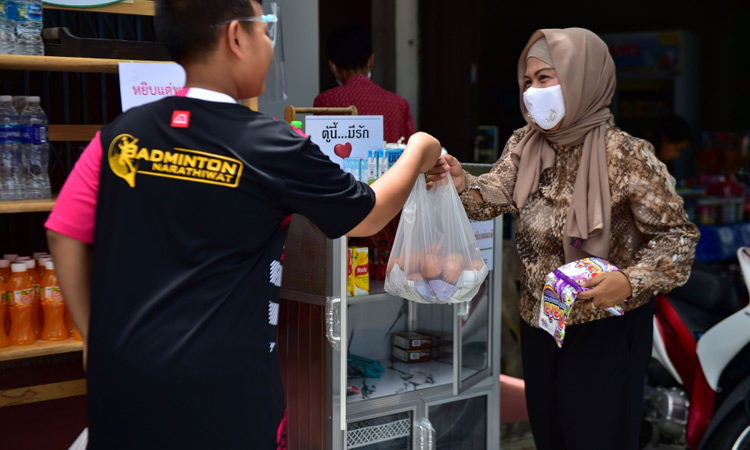 All chefs involved in the project are receiving 400 baht ($12) a day, while taxi drivers are earning 300 baht ($9) for transporting the food to 50 low-income communities across Bangkok. Around 4,000 meals are being made each day.

Abu Dhabi Agriculture and Food Safety Authority (ADAFSA) has launched a guide in three languages on the necessary procedures and measures to prepare, handle and deliver food safely during COVDI-19 crisis.