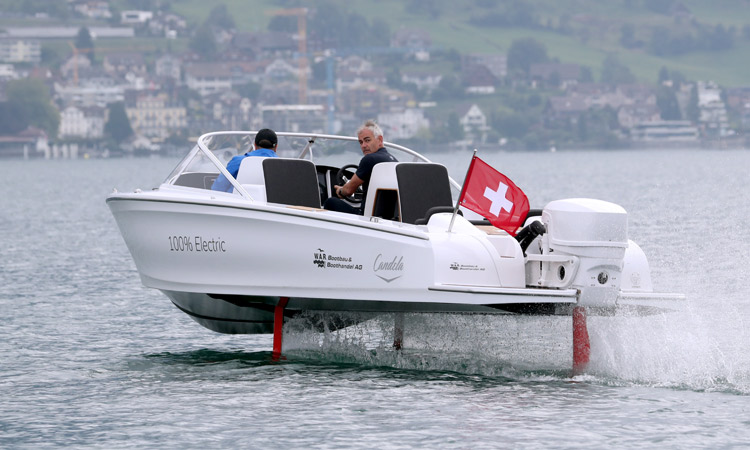 The world's first electric-powered hydrofoil speedboat, which reduces energy consumption and noise - as well as sea sickness - by "flying" above the waves, has made its debut on Switzerland’s lakes.

The Candela Seven can hit speeds of 55km per hour when its foils lift it out of the water. Its manufacturers say it travels further and smoother than other electric boats. 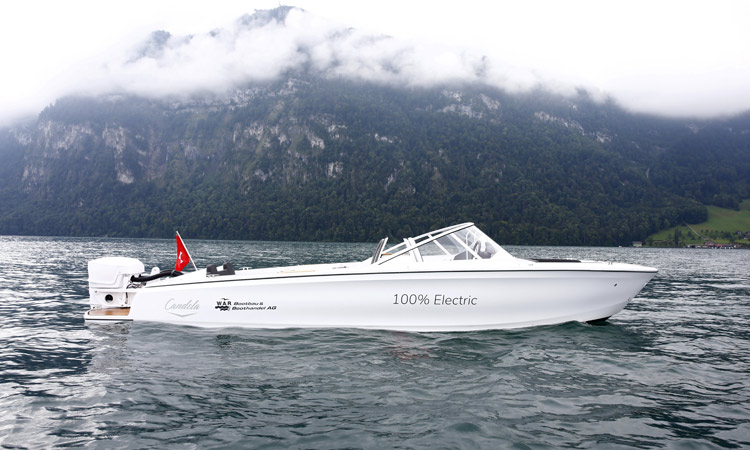 The foils reduce water friction - and the effect of waves slamming into the boat - cutting energy consumption by 80% compared to normal diesel-powered boats and extending the craft's range to 90km.

The carbon fiber boat also carries an on-board computer, which automatically adjusts the foil positions 100 times per second to reduce rolling and sea-sickness. 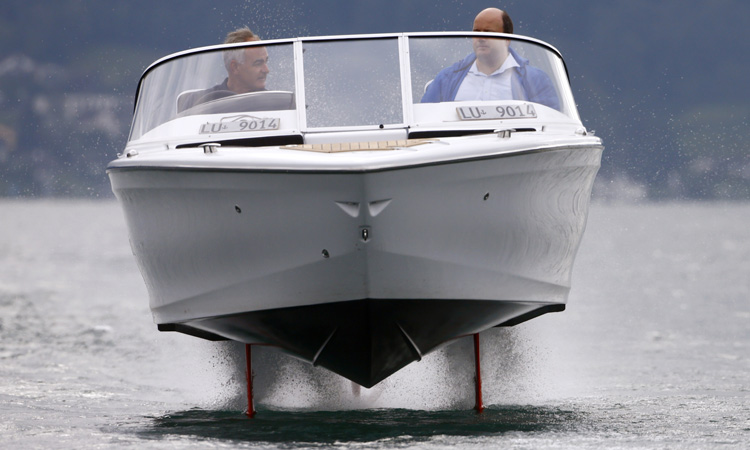 Until now, electric boats have tended to sacrifice either speed or range because of the capacity limits of their batteries.

The Candela Seven made its Swiss debut on Lake Lucerne this week, with Candela Speed Boat hoping to drum up new business with a European tour. The Stockholm-based company has delivered 16 boats since last year. 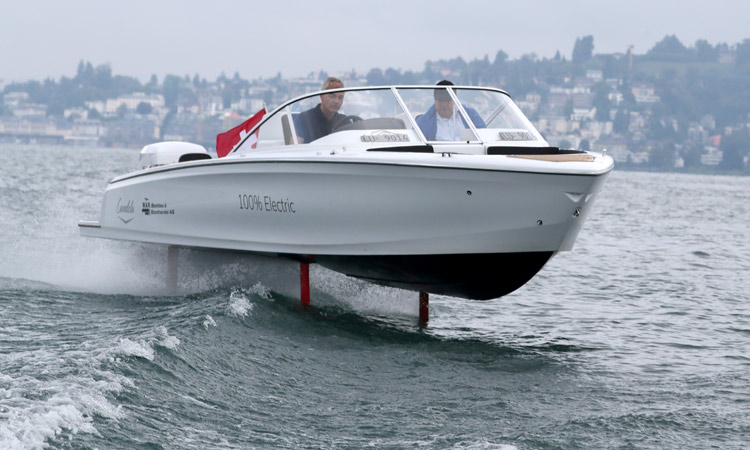 "People could use it to commute across lakes or for day trips," he said. "You can drive this with a clean conscience from an environmental point of view, and it's great fun." 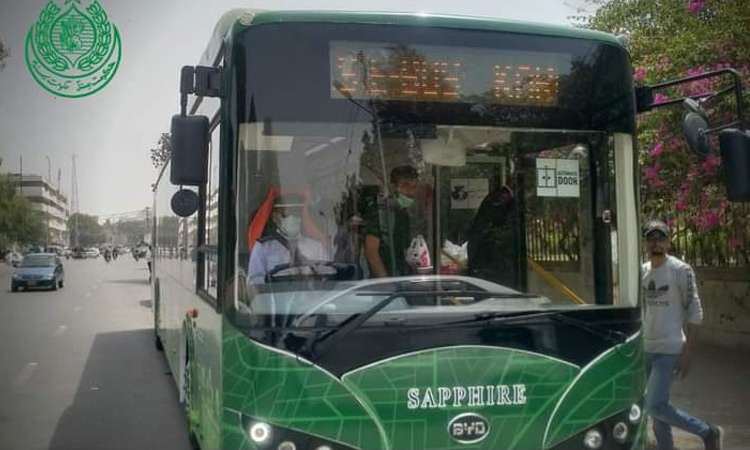 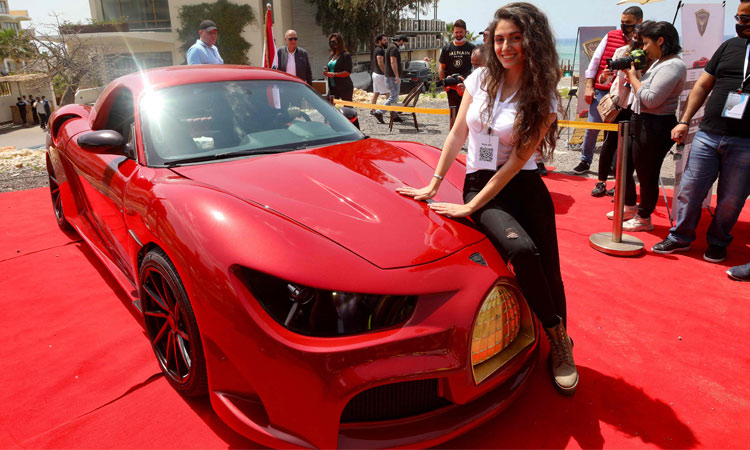 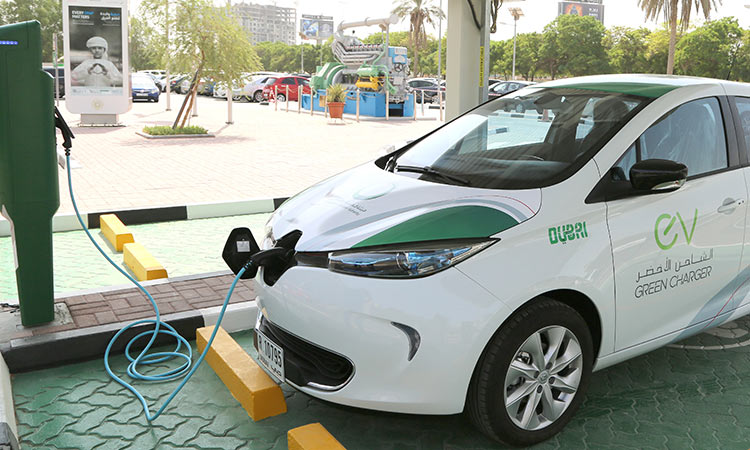