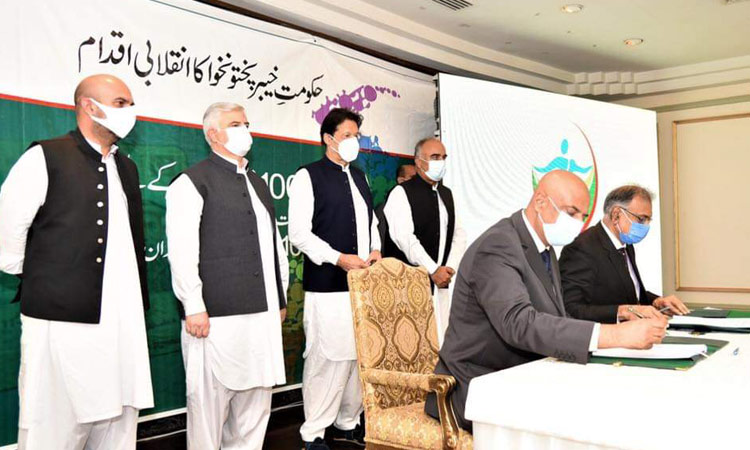 Imran Khan witnesses MoU signing between KP and State Life for universal coverage of Sehat Insaf Cards in a ceremony in Islamabd.

Under the new initiative, each family in KP would be provided with a health card facilitating them with free of cost medical treatment amounting to Rs1 million at public and private hospitals in the province.

Around 40 per cent of KP’s population had already been benefiting under this health insurance initiative, which is now being expanded further.

Addressing the media in a live telecast, Imran urged other provinces to follow suit, especially Punjab, where the Pakistan Tehrik-e-Insaf (PTI) is in power.

“A civilised country is one which takes the responsibility of its weakest segments of the population,” remarked the premier while commending the KP government for its development efforts in the province. Only a few countries remain in the world today, which can be called civilised using this measure, he noted. 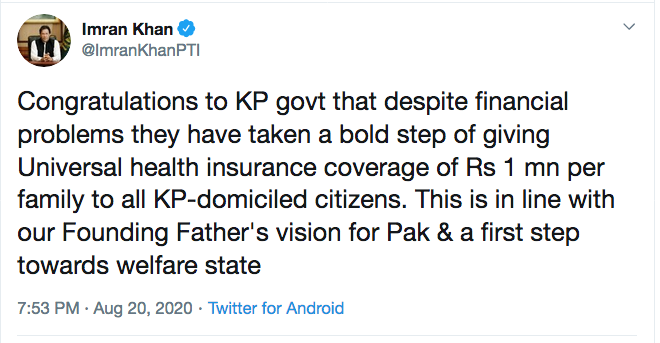 The provision of the “Sehat Insaf Card” will also encourage healthy competition within hospitals and healthcare facilities to improve their services, Imran said.

“Identity cards are necessary initially, but you should insist that every person should hold a health card,” he said directing his recommendation to the provincial government with regards to the health coverage initiative. This will help ensure the formation of a reliable database and avoid the possibility of frauds and scams. 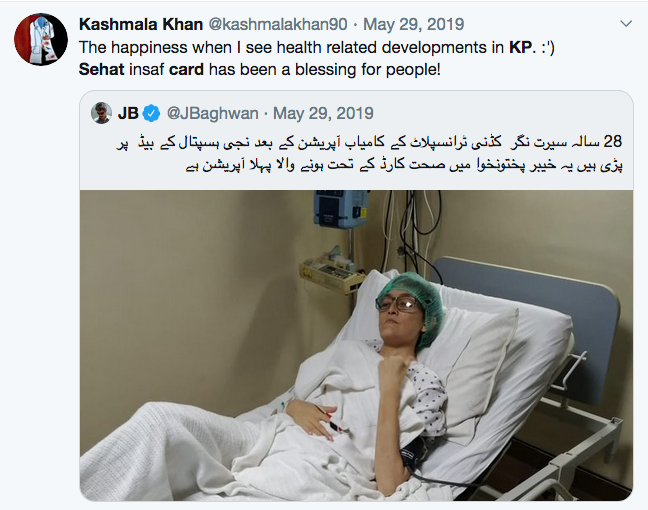 The government has made efforts to ensure duty-free imports of medical equipment for private healthcare facilities, said the prime minister, adding that Aukaf and Evacuee Trust lands are also being provided at cheaper rates for those who wish to establish healthcare and education facilities.

He said these measures have been taken to incentivise the people to invest in the health and education sectors.

Earlier, Imran said the new parliamentary year will be of Pakistan’s progress and prosperity.