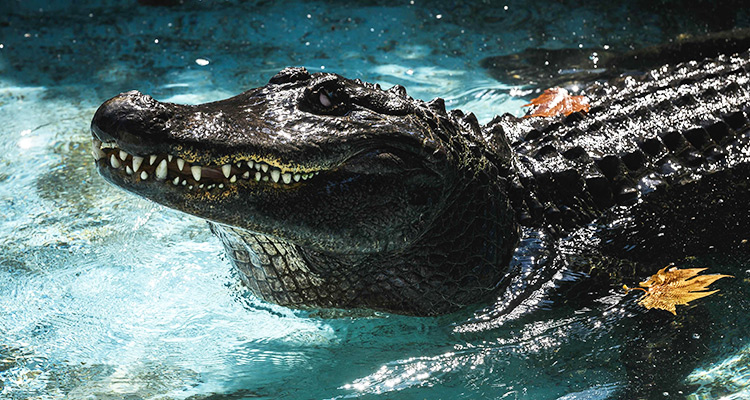 While zookeepers don't know his exact hatch day, the reptile arrived in Belgrade this week in August of 1937 from a German zoo.

"He's an older gentleman and we respect his age," Jozef Edvedj, the zoo's veterinarian, told AFP with a smile after handlers helped guide a dead rat to the jaws of the slow-moving reptile.

He officially became the world's oldest captive alligator when Moscow zoo's famous Saturn, born in 1936, died in May.

According to news reports from 1937, Muja was two years old when arrived in Belgrade, a year after the zoo opened.

But in photos from the reports he appears older, leading zookeepers to believe is over 90 now. 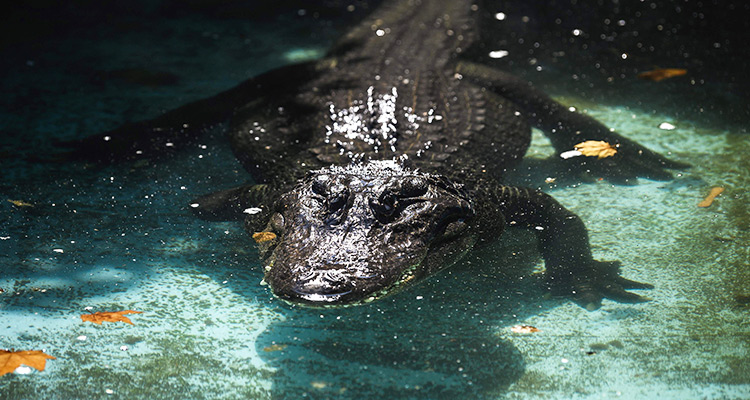 Muja doesn't move much but becomes snappy during feeding time.

While Muja has not seen much outside his shallow and spartan 12x7-meter pool, he survived bombings during World War II that killed many animals in the zoo, along with six zookeepers.

The gator arrived in Belgrade when it was still the capital of the Kingdom of Yugoslavia, lived through the country's socialist era and the bloody breakup of Yugoslavia which ended in yet another bombing campaign, carried out by NATO in 1999.

Muja is still in "good health for his age", and the only time the veterinarians were seriously concerned was in 2012, when he had to have a right claw amputated due to gangrene.

"The surgery was very difficult, but successful. Muja recovered and adjusted to a new lifestyle," Edvedj said.

Due to his advanced age, Muja doesn't move much but becomes snappy during feeding time, which comes only once or twice a month.

These days, he often needs a bit of help finding his "prey", which zookeepers place right in front of his jaws.

Animals rescued from pet markets in Pakistan amidst lock down

"We call it a 'buffet'", he said, adding that the old-timer is also receiving mineral and vitamin supplements.

Being cold-blooded works in Muja's favour, giving him a slow metabolism that impedes cell deterioration and thus prolongs his life, Edvedj explained.

"I genuinely hope that we could celebrate his 100th birthday, as I believe he could live comfortably for another 15-20 years", the veterinarian said.