VIDEO: Baby George, born amid Beirut blast, is ‘light in the darkness’ - GulfToday 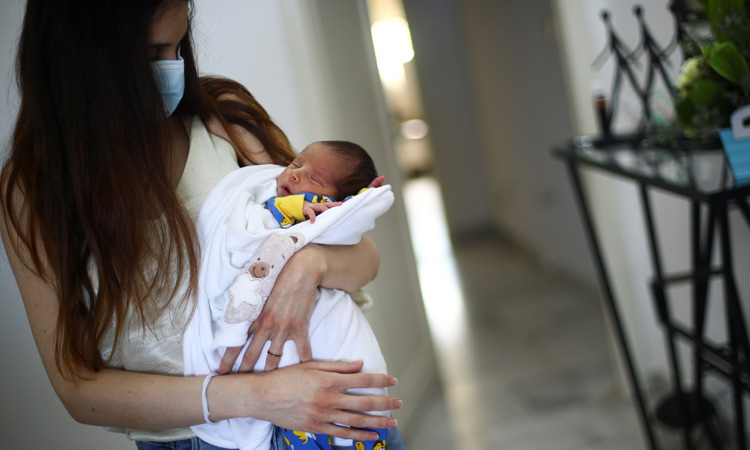 Emmanuelle Lteif Khnaisser, who was in labour at the moment of the Beirut blast, holds her baby George at the family home in Jal Al Dib. Reuters

Instead, he recorded the instant the biggest blast in Lebanon's history sent whole windows crashing onto his 28-year-old wife's hospital bed.

"I saw death with my own eyes...I started feeling 'is it over?' I was looking around and at the ceiling, just waiting for it to fall on us," Emmanuelle said, recollecting the direct aftermath of the massive blast that injured 6000 and killed more than 170 people in Beirut on Aug.4.

Brushing off blood and shattered glass, medical staff instinctively carried Emmanuelle into the corridor, fearing another explosion could follow. 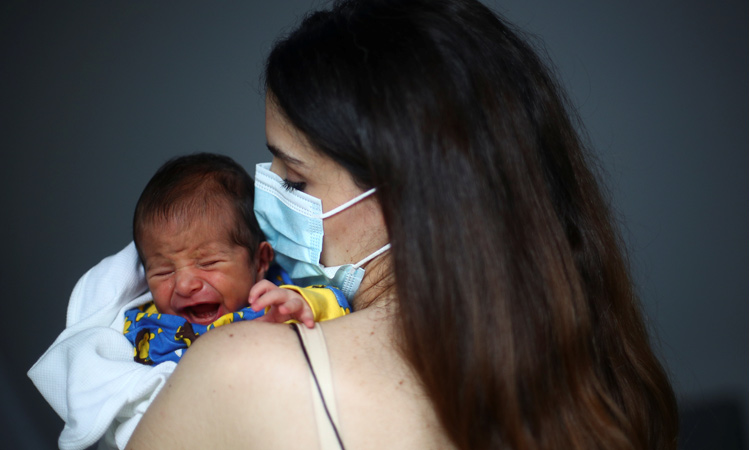 About to faint and shaken to the core, Emmanuelle said she knew she had to focus on giving birth.

"He has to come to life and I have to be very strong," she told herself. 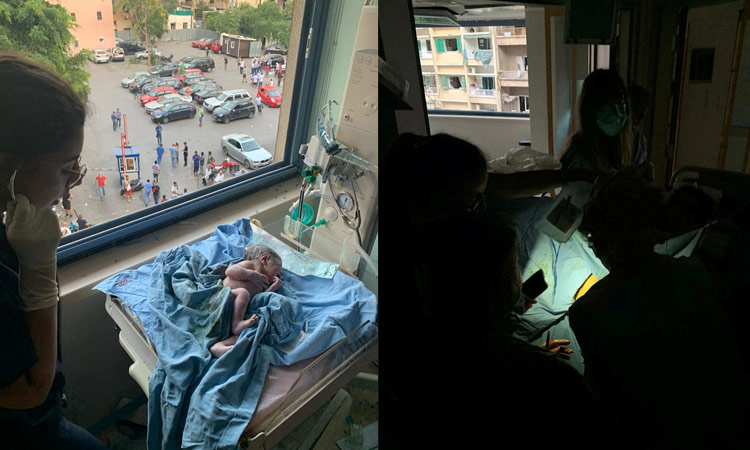 Right after the blast, Stephanie Yacoub, chief resident of obstetrics and gynecology at St. George Hospital University Medical Centre, had run out the room to help an injured nurse.

But it was too late and the nurse died. Yacoub hurried back to Emmanuelle straight away to help her give birth, along with Professor Elie Anastasiades and a team of medics. 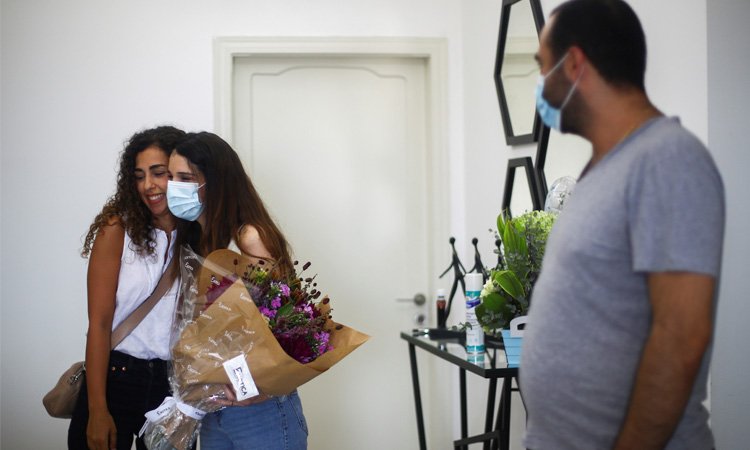 "There was no electricity and the sun was starting to set, so we knew we had to get this done as soon as possible. And with the use of people's phone lights, he came into the world," she told Reuters a week after the blast.

Seventeen people died in St. George hospital right after the blast and dozens were injured, including Edmond Khnaisser’s mother, who suffered six broken ribs and a punctured lung. 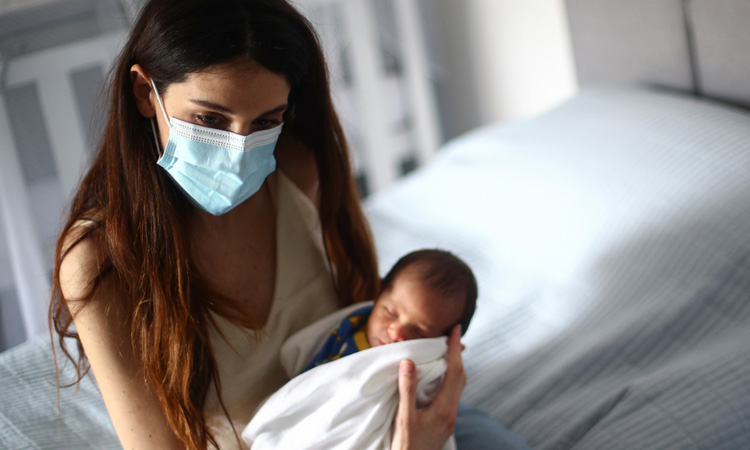 Running back and forth between his wife and his mother, Khnaisser said he had one objective in mind, to get his new son George to safety.

As they got into strangers’ cars and out of the blast’s perimeter, the extent of the destruction started to sink in.

They eventually made it to a hospital right outside of the capital where George was finally bathed and cleaned.

"George is very special. He is the light in the darkness, a birth in wreckage," Edmond said, showing pictures of his son on the Instagram page he created for the boy they now call "miracle" baby George.