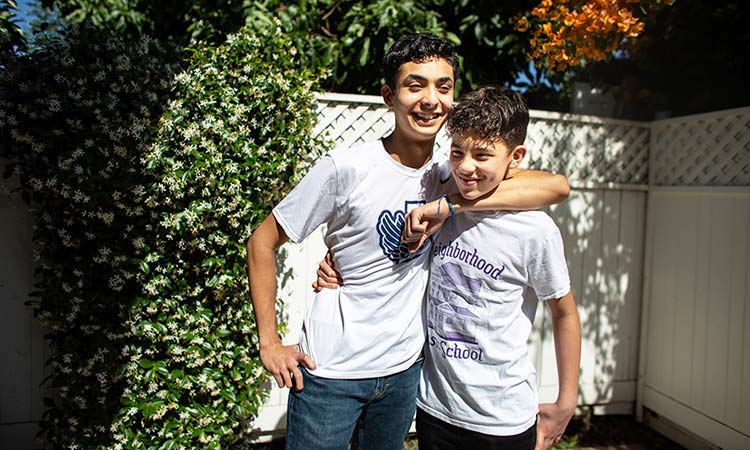 Sebastian Hernandez, left, and his brother Benjamin, pose for a portrait during the coronavirus pandemic. TNS

Those annoying puffy spots under the eyes of eighth-grader Natalie Alvarez began to disappear, followed by the 10am hunger bouts and the mid-afternoon yawns — much to the girl’s delight and surprise.

At first, Natalie, 14, had resisted the distance learning thrust upon her when schools closed amid the coronavirus emergency.

“I was worried about the distractions of being home with my mom and my sister and doing extra chores,” Natalie said. “But then things changed.”

Things changed, too, for Marcos Adame, whose grades improved because he could spend more time on problematic subjects. They changed for Sebastian Hernandez, 15, who has more energy, and for 10-year-old Jacob Lalin, who discovered he could mix schoolwork with Lego.

At a time when many of their peers struggle with isolation, uneven online teaching or lack of access to computers, a fraction of students have discovered that distance learning can offer a unique kind of relief — and they have thrived.

Educators and school psychologists stress that campus closures and the suspension of in-class learning have exacted harm on children, especially those who are not fortunate enough to have a quiet, comfortable study space or whose families are coping with deep hardships and illness brought on by the pandemic.

Natalie, Marcos and others have adapted well in part because their schools were experienced with online learning, and they had home support to help them.

“There are intrinsic characteristics that may allow a child to thrive more under the current circumstances,” she said. Children who are introverted or those “who process information internally and gain energy from time and space for introspection” would likely fare well. 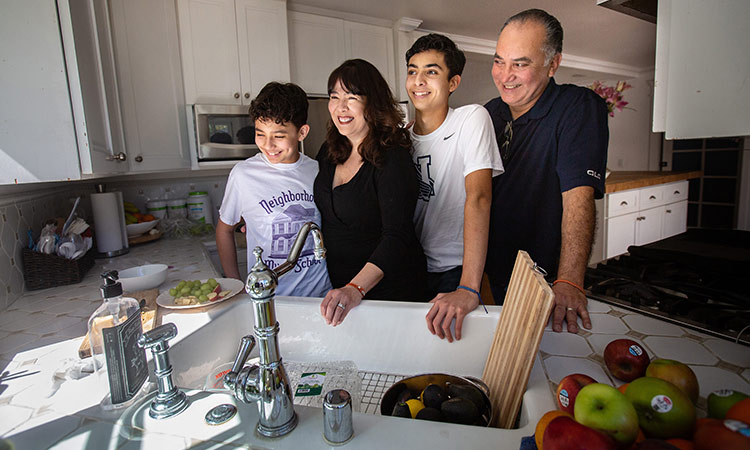 Benjamin and Sebastian Hernandez at home with parents Margaret and Alex. TNS

Natalie said she felt more relaxed despite what she considered an increased workload. She ate healthier, slept longer, rushed less. She spent more time on projects and stayed connected with friends through texts.

Steve Skrumbis, principal at Harry Bridges, said his school had an online component to its instruction before the spread of COVID-19, giving his staff and students a head start when schools closed in mid-March.

Before then, Natalie’s mornings consisted of 6.30 wake-up calls, half-consumed breakfast shakes, rushing out of the house at 7.55 and a tense ride to school, worried that she’d be late for first period at 8.15.

“I just barely made it a few times,” she said. “Sometimes those first classes were the toughest, because you’re just trying to wake up and focus.”

With online learning, Natalie could roll out of bed at 9am, which gave her enough time to prepare a bowl of Chobani Greek yogurt and fruit before her first online period at 9.30.

That extra sleep, endorsed by the American Academy of Pediatrics, paid dividends in multiple ways for Natalie and others.

Most of their online classes were asynchronous, meaning teachers would leave assignments, lesson plans and videos ahead of time for students through the school’s platforms, such as Schoology and Google Classroom.

Instructors did not require students to turn on their computers’ cameras, meaning Natalie and others could take notes, listen in and ask questions while eating — even in the comfort of their pyjamas.

“Everyone had their cameras off,” Natalie said, “which was great for me. I didn’t have to worry about how I looked. I could just focus on class.”

And her grades? “Straight A’s,” she said.

Marcos, who will attend Banning High School in August, had often been a C student, but last semester he got all B’s and A’s. He said he benefited from the ability to email his eighth-grade teachers as many questions as he liked without fear of bullying.

“I didn’t know what to think at first, but it seemed to work out,” said Marcos, who is considering a career in architecture. “Maybe it’s because I’m a natural introvert.”

Natalie, who considers herself an extrovert, said she wants to go back when campuses reopen. She’ll be starting at the California Academy of Mathematics and Science in Carson and realises the difficulty of making new friends “when you’re not at school.”

However, the girl who dreams of becoming an FBI forensic scientist also said that the last three months of the academic year should serve as a wake-up call to schools.

“If you’re not embracing technology,” she said, “you’re not helping your students.”

On the other side of Los Angeles County, Sebastian, a sophomore at Loyola High School from East LA, said he feels like he has come into his own — while on his own.

He used to carry a lot of anxiety, Sebastian said — worries over being late to school, of getting snarky looks when he’d raise his hand in class again and again.

His classes, which included Honors English, Spanish and chemistry, along with Advanced Placement world history, were still challenging, he said, but “breathable.” Sebastian also attends the Neighborhood Music School in Boyle Heights and said he has not only “gotten used to” piano lessons at home but has enjoyed the stress-free environment of his living room.

“Honestly, it is nice being home,” said the teen, who aspires to become an engineer. “It’s a lot less stressful and easier to keep up with the work. Plus, with two hours of extra sleep, I’m much more energised.”

His 12-year-old brother, Benjamin, also thrived at home. He and classmates teamed up to check each other’s work and complete assignments on time, thus leaving more time for video games.

The surprising gains have been a relief to parents, but they now worry those advancements could be lost when campuses reopen.

Margaret Hernandez, Sebastian’s mother, said going back to past routines will be challenging.

“My sons do miss being out with their friends, but I don’t know if they can also go back to normal,” she said. “They’ve changed during this time.”

Her husband, Alex Hernandez, worries about kids missing out on social interaction. “It’s great my sons and others are doing well online, but this is a generation that struggles communicating outside of gadgets and the internet,” he said. 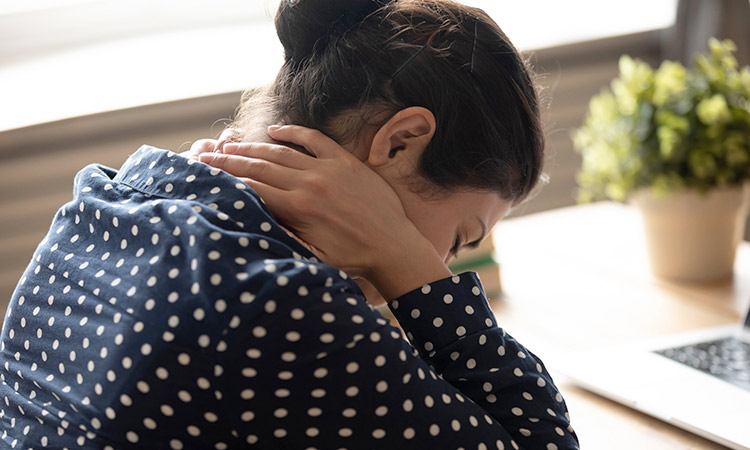 The importance of stretching throughout your workday

Sedentary behavior, including sitting for long periods of time, can contribute to adverse health effects, including something referred to as “sitting disease.” 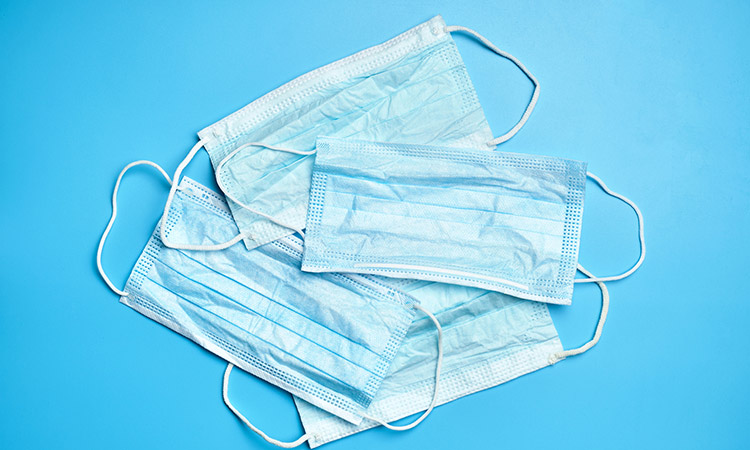 How can you help the environment during this pandemic?

From using reusable masks to buying in bulk, here’s how to make sustainable choices during this pandemic. 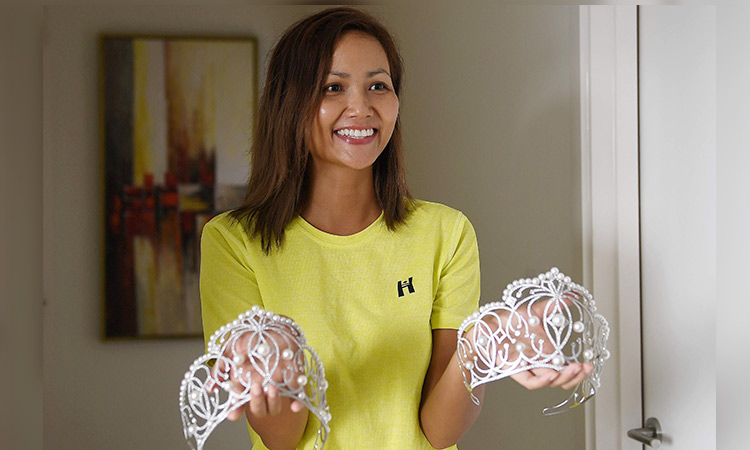 Vietnamese model and literacy campaigner H'Hen Nie has defied traditional expectations laid on her — and is now determined to show the next generation a different way.