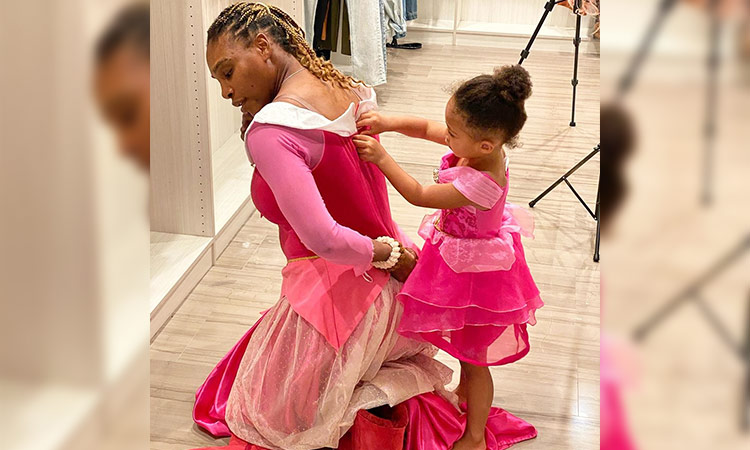 In the image, the 23-time Grand Slam singles winner is crouching on the ground, wearing a fuchsia gown that appears to be the one worn by Disney princess Aurora in the 1959 animated classic Sleeping Beauty.

Her daughter, Alexis Olympia Ohanian Jr, is wearing a dress of the same colour with a slightly different design, helping her mother fasten the back of her dress.

“She’s got my back already,” Williams wrote in the caption, referencing her daughter’s helping hand. “And I’ll always have hers,” the 38-year-old added.

The tennis star’s post was inundated with comments from her followers, many of whom commented on how “cute” the picture of the mother-daughter duo was.

Another person referred to Williams and Olympia as “best buds”, writing: “Princess and Queen right there”. 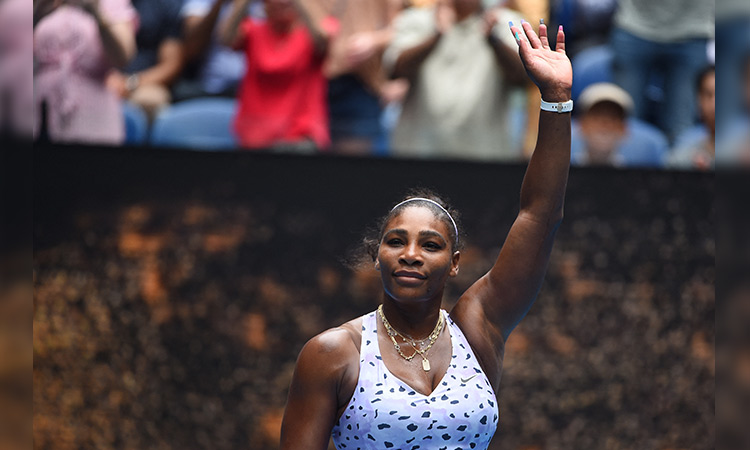 Serena Williams during her first round match at the 2020 Australian Tennis Open. File/TNS

“You are so strong and inspiring and I’m glad you are a mother raising a daughter to follow in your footsteps,” someone else said.

This isn’t the first time Williams and her daughter have thrown on their princess-inspired clothes to amuse themselves during lockdown.

In June, Williams, who is married to Reddit co-founder Alexis Ohanian, shared a video on Instagram of her and Olympia dancing and singing to the opening song of the 1991 animated Disney film Beauty and the Beast while wearing Belle’s famous yellow ballgown.

“Keeping busy,” the tennis player wrote in the caption.

Williams recently opened up about struggling with “debilitating” migraines, saying that she “got used to playing through the pain”.

Speaking to People, the tennis champion said that being in quarantine has made her migraines worse because “it’s all incredibly stressful”.

“I was dealing with a lot of stress and unknown factors and things that I wasn’t used to, and so I think that was contributing to my migraine attacks and making them more frequent,” she said.