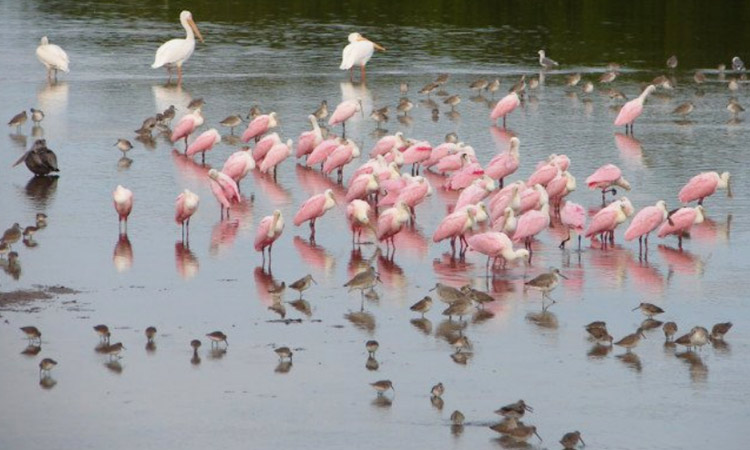 Behold a treat for the eyes! Tens of thousands of pink flamingos have amassed in the wetlands of southern France along with their offspring still lacking flamboyant plumage.

The long-legged birds resembling ballerinas in tutus have long drawn tourists to the marshes in the Camargue region that has served as France's salt mine since Roman times. But the numbers of pink flamingos this year may be the highest since experts began keeping records 45 years ago, said Thierry Marmol, the guardian of the vast ecosystem.

France’s two months of strict confinement to contain the coronavirus may well be the reason. 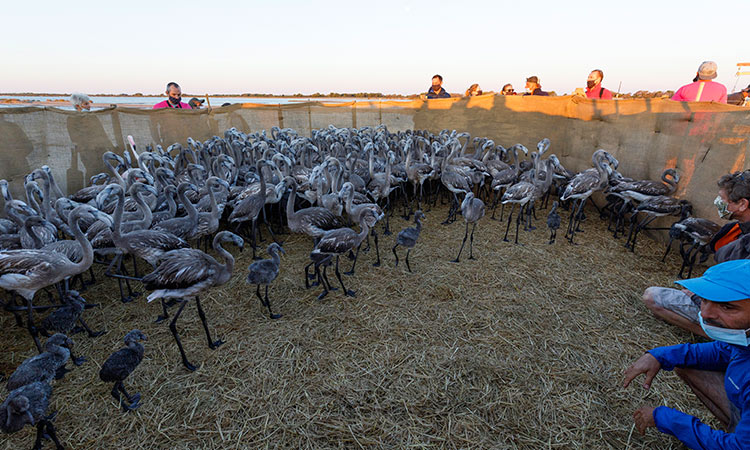 Experts relying on aerial photos estimated that 25,000 flamingo couples, or 50,000 adult birds, settled in the area this year, Marmol said. About 12,000 babies were counted. "That’s historic,” he said, stressing that little ones are hard to count.

"Maybe the confinement helped to make a good year,” Marmol said. "It’s obvious that with confinement there were no disturbances. There were no airplanes, no noise at all.”

It's still too soon to confirm that the anti-virus lockdown was a factor in what he said is "one of the best four years of all time” for pink flamingos in the Salins.

Marmol has watched over 8,000 hectares (19,700 acres) around the commune of Aigues-Mortes for the past 35 years, living on the land "like a trapper in America.” 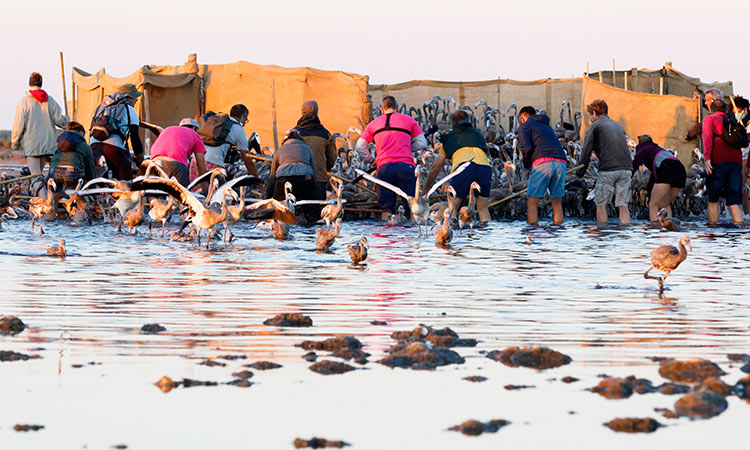 He is a keen observer of the birds, fauna and flora that draw ornithologists and other experts for field work. This year’s bumper crop of pink flamingos is a treat even for him.

The Salins, with its especially salty water, also supplies France with tons of salt. Aigues-Mortes is about 50 kilometers (about 30 miles) from Arles, the closest large town.

Flamingo experts spent some three hours Wednesday fitting 320 baby birds with two bands - one plastic, one metal - so scientists can track their migration. 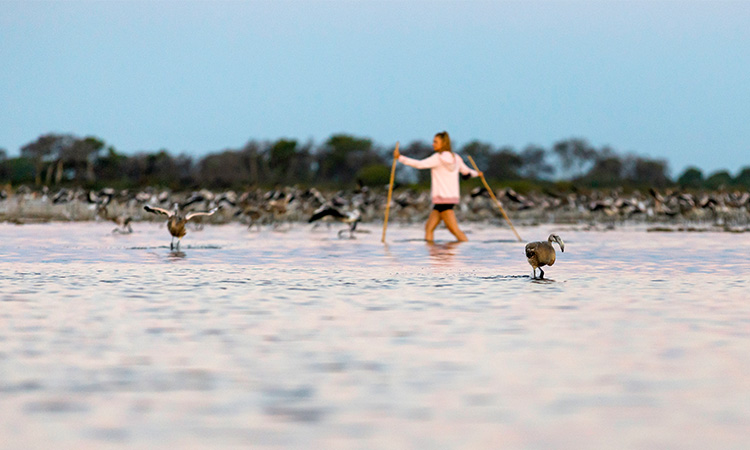 A flamingo expert walks in the water in Aigues-Mortes.

When autumn arrives, many will be migrating to warmer weather in Spain, Italy, Turkey or North Africa. The bands are "like a license plate,” Marmol said. The plastic band allows ornithologists to spot them with binoculars or a telescope. The information is relayed to scientists tracking the birds in centers around the world. Each country uses a designated color for the bands.

Luckily for pink flamingo aficionados, about half will choose to stay behind. Who knows why?

Babies must wait for their plumes to grow. Adults and others ready to take off may decide the coming winter won’t be cold so "they take their chance and stay,” Marmol said.

He recalled France’s very cold winter of 2003, when thousands of pink flamingos were found dead.

"They made a bad choice that year,” Marmol said. 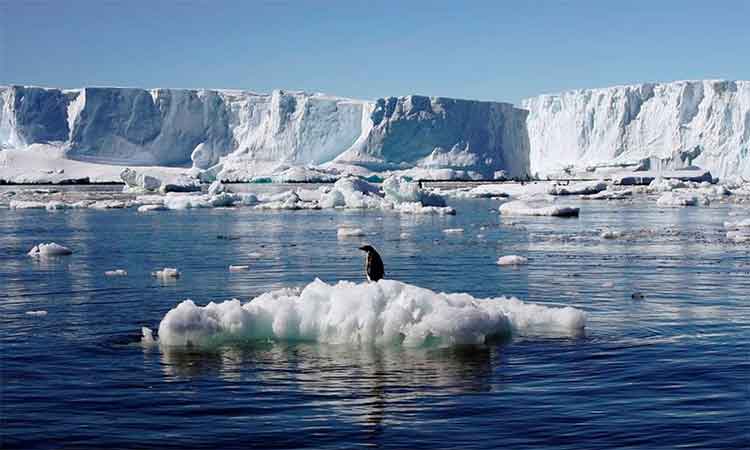 This refers to the article “Arctic ice melting at record speed, triggers concern for animals,” (July 3). Perhaps all that will remain at the end of the saga, if at all, will be these reports of the end of the world that we know. Or rather, the end of our world. Perhaps the climate disasters