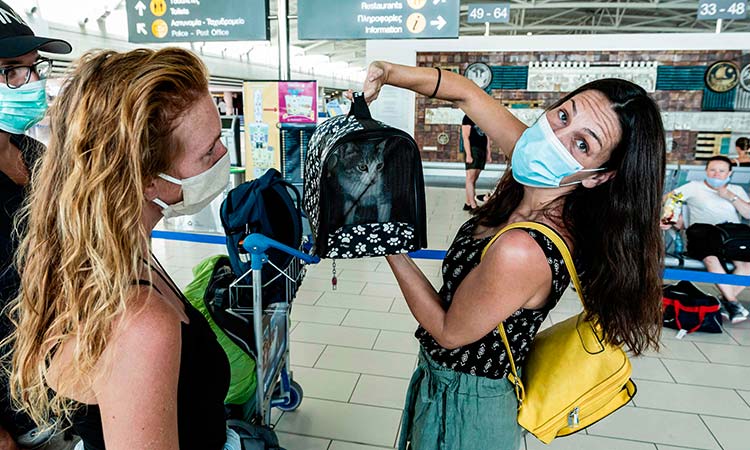 A traveller holds a cat lying in a cat carrier as she stands inside the terminal at Cyprus' Larnaca International Airport. AFP

"2020 is a lost season," said beach bar manager Giannis Aggelopoulos in the resort town of Larnaca, which is usually busy with Brits enjoying sandy beaches but now largely empty of foreign tourists.

In a normal year, UK citizens make up the largest group of visitors to the former British colony in the eastern Mediterranean, where restaurants offer bacon and eggs for breakfast, pints of ale and televised Premier League games.

"It's a home away from home," said one visitor, Paul, who arrived Tuesday on an under-booked Wizz Air flight from London with his partner Nastasha and their young son. 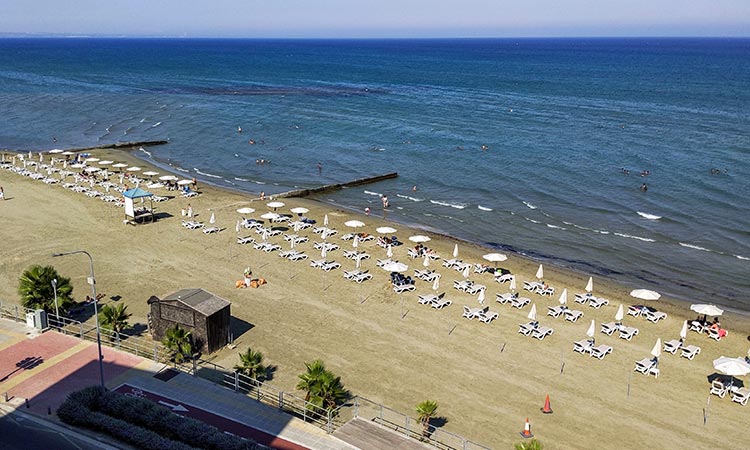 "We are here to help a bit," he said. "We like to go to the restaurants, to do some shopping. We're going to spend some money."

But for Cyprus' hard-hit tourism sector it's all too little too late.

Most arrivals from Britain since Cyprus eased bilateral restrictions last Saturday have been individual travellers and dual nationals, not the usual big tour groups.

Major package deal operators have delivered very few of the groups that have in the past packed out seaside resorts from Paphos in the west to Ayia Napa in the east.

Tourism has all but collapsed in Cyprus, where the sector earned 2.68 billion euros last year — over 12 percent of gross domestic product, according to official statistics. 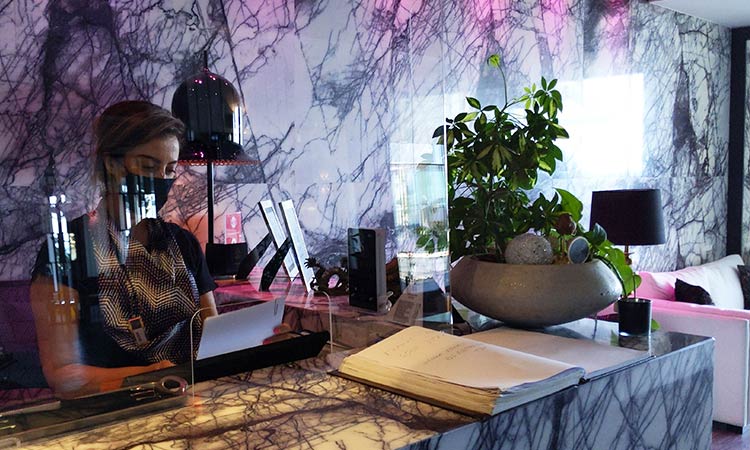 A mask-clad hotel host checking in visitors at the reception of a hotel in the southern Cypriot porty city of Larnaca. AFP

As Cyprus shuttered its borders for several months because of COVID-19, foreign tourist arrivals fell by 84 percent in the first half of the year to just over 255,000.

But, even though they are allowed back now, many have been put off by strict health regulations and the need for COVID-19 testing.

Cyprus on August 1 upgraded Britain to "Category B" from "C," meaning UK visitors no longer have to quarantine on arrival. 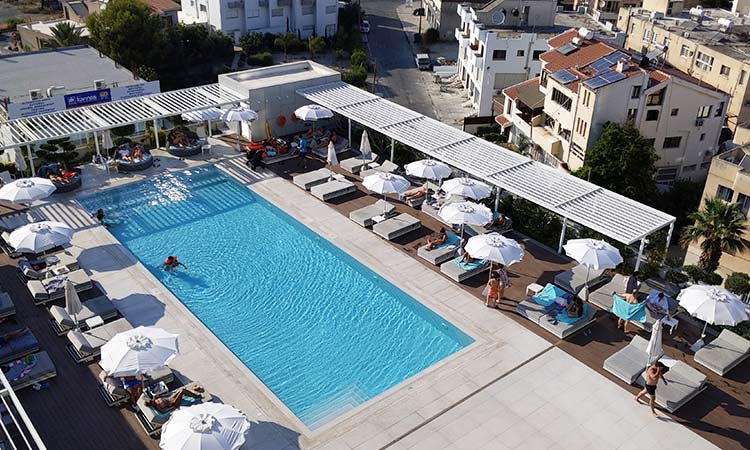 An aerial view shows the rooftop swimming pool of a hotel. AFP

But they must still present a negative test that is no older than 72 hours, unlike visitors from "A" countries, which are deemed by Cypriot authorities to be the safest.

Why take the risk?

A recent rise of daily coronavirus infections on Cyprus has alarmed authorities and raised public concerns about the reopening to foreign visitors.

At the Ciao Stelio Deluxe Hotel near the Larnaca seafront, masks, gloves and gel are ready for guests on entry. Plexiglass panels protect hotel employees, and markers on the ground indicate physical distancing measures.

Guests from "B" countries must show their negative coronavirus test in order to access their rooms, a hotel employee said.

British guests usually account for a quarter of the hotel's visitors, the employee said. 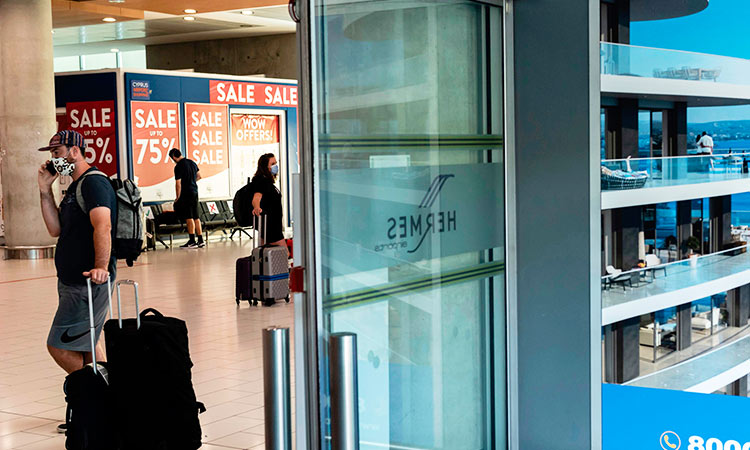 A traveller speaks on his mobile phone at the arrivals hall of Larnaca International Airport in Cyprus. AFP

Polyviou from Sunnyseeker Hotels group said the company had invested heavily in anti-coronavirus measures, but that occupancy rates were "very low".

Looking to the future, Polyviou holds a pragmatic view.

"We have to learn to live with the virus, to be more responsible... We have to train ourselves until a reliable vaccine comes to the market," Polyviou said.

"We cannot close the borders forever."

Aggelopoulos, the manager of the Larnaca beach bar, said he expected losses of 40 percent this year compared to 2019.

But he said a delay to mass tourist arrivals was not necessarily a bad thing.

The return of British tourists, and foreign visitors in general, he argued was "a very big risk for the Cyprus people, and for what?

"Two or three months of tourists? It's not worth it. Why take such big a risk now in the middle of the summer?" 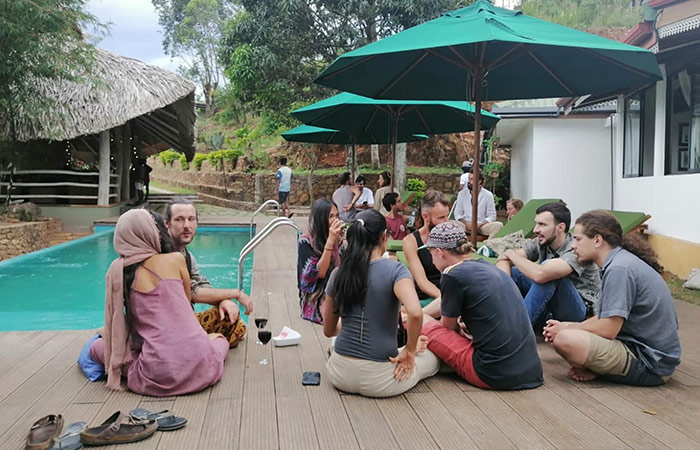 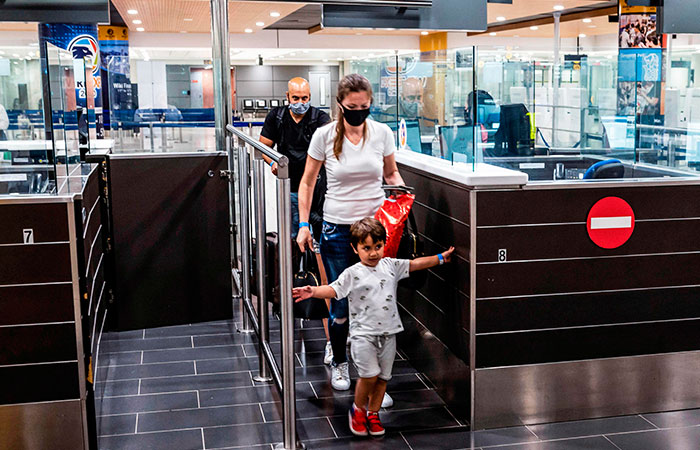 Cyprus is marketing itself as a relatively safe holiday destination in the face of the coronavirus pandemic, with a transmission rate below one and a very low mortality rate. 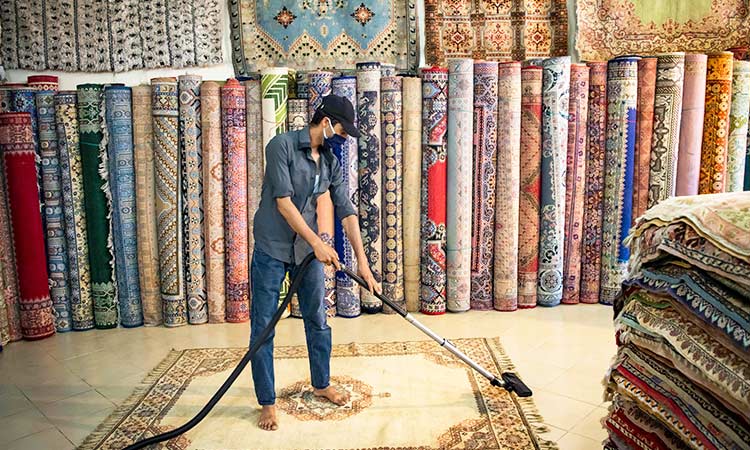 Ammar Al Farsi, a 19-year-old Emirati and a university student from Sharjah has captured some stunning unusual pictures of pink lake in Ras Al Khaimah. 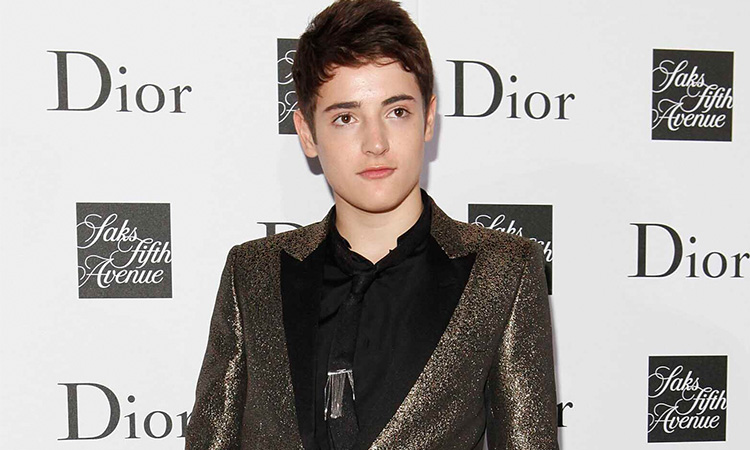 Harry Brant, a rising model and son of supermodel Stephanie Seymour and publisher Peter M. Brant, has died. He was 24. 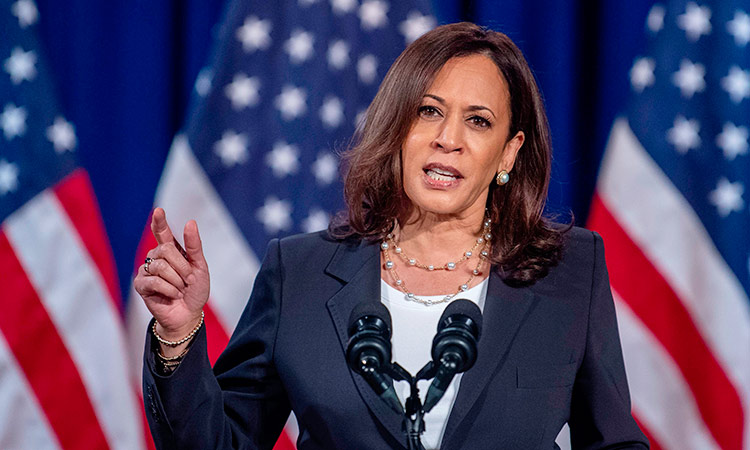