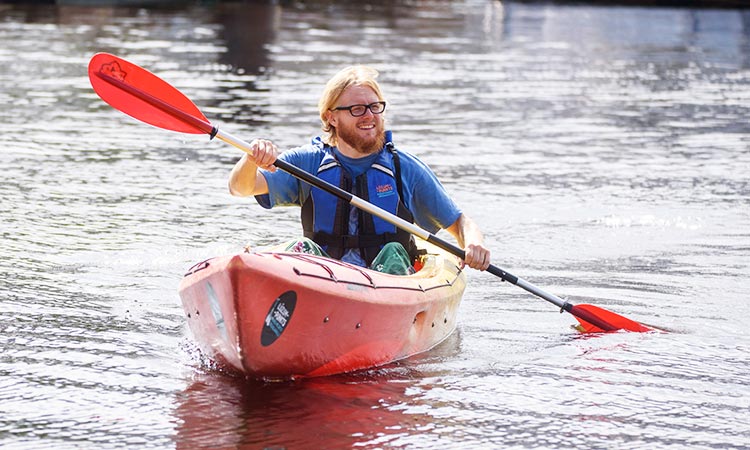 Karlis Bardelis paddles in a rented kayak at the yacht club in Riga, Latvia. AFP

Bardelis started his nearly two-year journey in Peru in July 2018, reaching French Polynesia after nearly five months and finishing in Malaysia in June of this year.

Along the way, he was rammed by sharks off Papua New Guinea, had to use a battery to replace a lost anchor and faced some near misses with other boats.

His longest stretch on the open sea without seeing anyone lasted nearly five months. 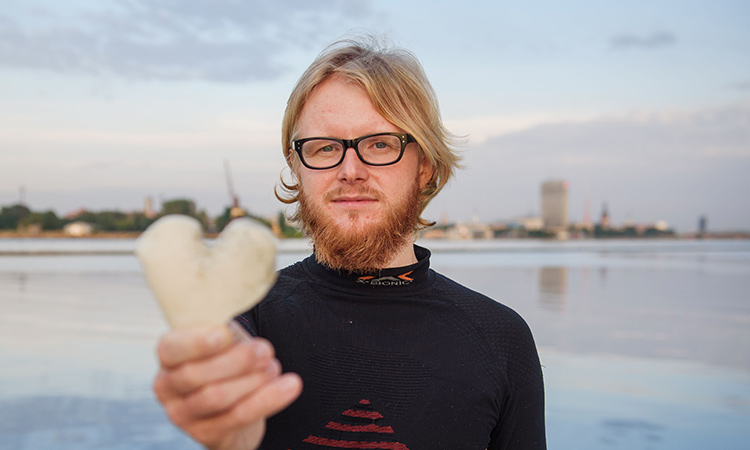 "If we can't change the circumstances, we can change our attitudes towards them," he said in his native Latvia, having spent two weeks in mandatory quarantine upon return from Malaysia.

"A lot of people asked me if I didn't lose my mind or become insane," said the 35-year-old, adding: "No, I just enjoy it, because that's what I choose to do."

He rowed up to 13 hours a day to make his way from South America to Asia with no engine and no sails on his seven-metre plywood boat, plastered with sponsor decals.

Reaching two metres at its widest point, the row boat is equipped only with a small cabin for sleeping and storing supplies and equipment.

His trip from Peru to Malaysia was documented on the website oceanrowing.com and is believed to be the first of its kind.

"I'm 200 percent certain that I made the first solo rowboat trip from South America to Southeast Asia," Bardelis said. 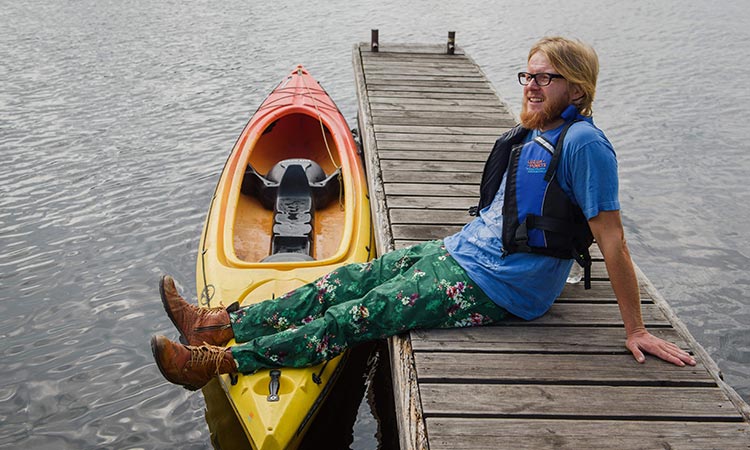 Karlis Bardelis poses next to a rented kayak on a bridge at the yacht club in Riga, Latvia. AFP

Stops along the way connected the economics and environmental sciences graduate with the people of Tuvalu, French Polynesia, the Solomon Islands, Papua New Guinea and Indonesia, among others.

Bardelis said that wherever he showed up, looking like a latter-day Viking, with blue eyes, long blond hair and an ample beard, locals were invariably welcoming.

In Indonesia, they helped him haul his boat ashore and to scrape barnacles and shells off the hull.

Despite having spent most of his time alone at sea, Bardelis said he never felt lonely.

"The ocean is full of life: I wasn't alone, but rather together with birds, fish, whales," he said, adding that podcasts and audiobooks, downloaded while at port, also helped.

The Pacific crossing was not his first epic sea journey: in 2016, Bardelis rowed with a friend across the Atlantic from Namibia to Brazil.

He later crossed South America on a tandem bicycle with his then-girlfriend, before beginning his solo row from Peru.

Bardelis said that his ultimate goal was to return to his boat in Malaysia, once the monsoon season has passed, and begin rowing again to reach Namibia and so circumnavigate the globe powered only by his body.