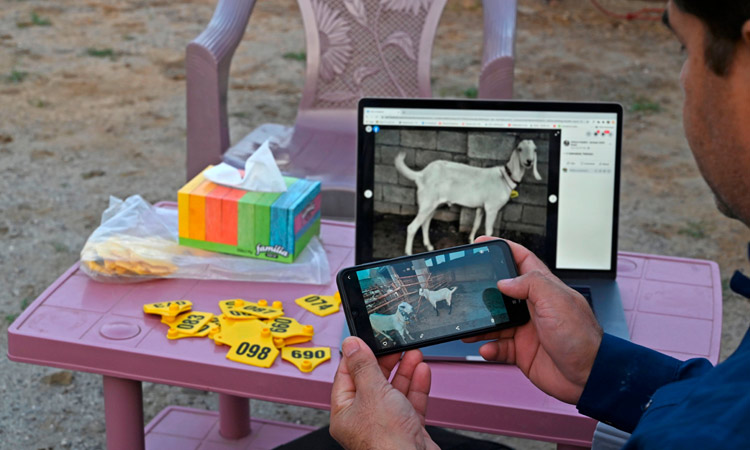 Muhammad Naeem, who runs a website that sells goats through online to customers, uploads a picture of goats on his website in Islamabad. AFP

Authorities are encouraging people to buy sacrificial animals online or at least wear masks when visiting cattle markets, fearing preparations for the Eid Al Adha could reverse a decline in COVID-19 infection numbers. 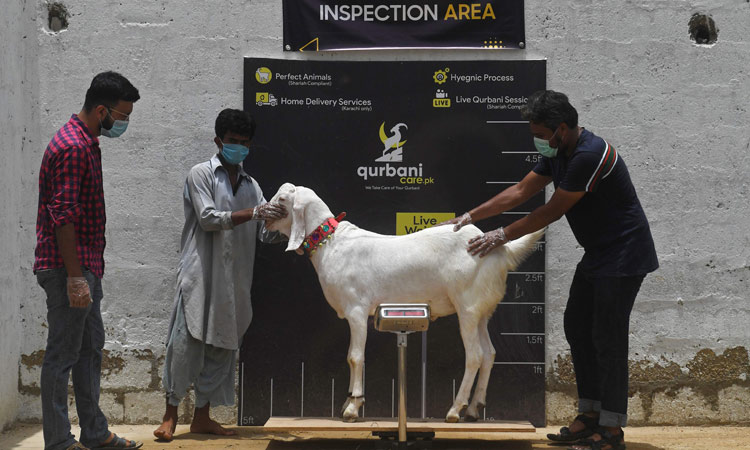 Aqib Mughal (R) and Yasir Iqbal (L), who run a website that sells goats through online to customers, inspect a goat in Karachi. AFP

Government social-distancing restrictions this year including half-day closing have seen a drop in customers at the normally bustling markets which, like in other Muslim countries, are set up in urban centres ahead of one of Islam's most important festivals. 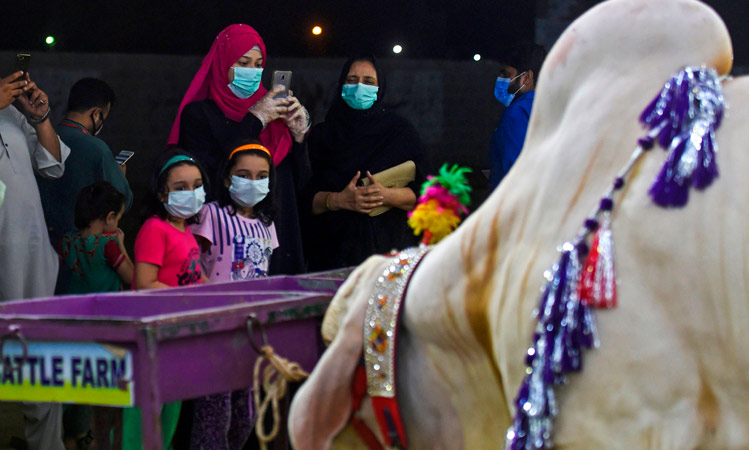 The main cattle market of Karachi, Pakistan's largest city, was less busy on Sunday than in preceding years with just six days before festivities, witnesses said. Trader Allah Ditta, who travelled hundreds of miles to sell his stock, told reporters his customers had almost halved. 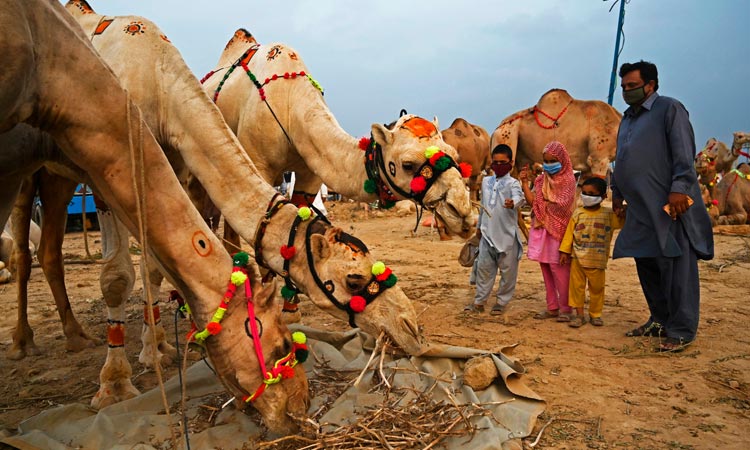 A man and his children stand next to camels at a cattle market in Rawalpindi. AFP

Most visitors flouted a requirement to wear masks, and many were accompanied by children who this year are barred.

"I don't understand this coronavirus. I have not seen anyone dying of it," said trader Muhammad Akram. "Look around you: No one is wearing a mask." 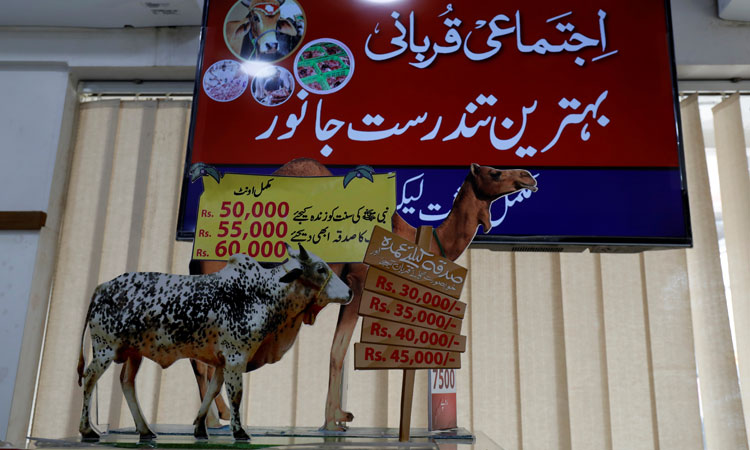 An advertisement displaying the rates of charity and collective sacrifice at the Alamgir Welfare Trust online sacrifice booking office. Reuters

Pakistan has reported over 270,000 COVID-19 cases with almost 6,000 deaths. Daily cases of new infection numbered just under 1,200 on Sunday versus a peak last month nearing 7,000 around another festival, Eid Al Fitr. 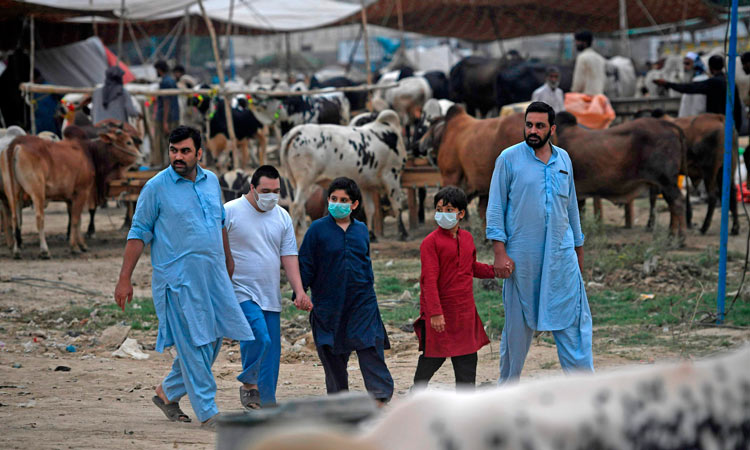 Customers arrive to buy cows at a cattle market in Rawalpindi. AFP

"In the last four weeks there has been significant slowdown in the pandemic's spread, with an 80% decline in deaths," State Minister of Health Zafar Mirza said — three weeks after he himself tested positive for COVID-19. 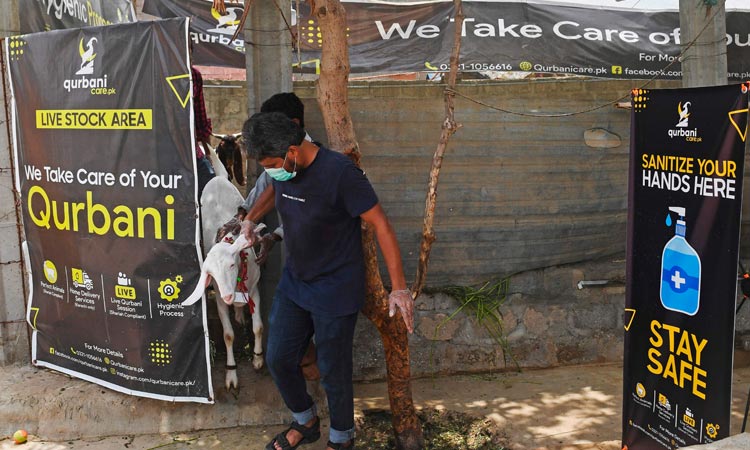 Aqib Mughal, who runs a website that sells goats, brings a goat at a farm in Karachi. AFP

"Last Eid, since gatherings increased, people travelled, and this interaction caused cases to spike," Mizra said. "People should take it very seriously and act responsibly. There is a chance that cases might go up again, like Spain."

While market visitors have fallen, more people are paying charities to slaughter cattle on their behalf and deliver their cut to them or donate it to the needy. 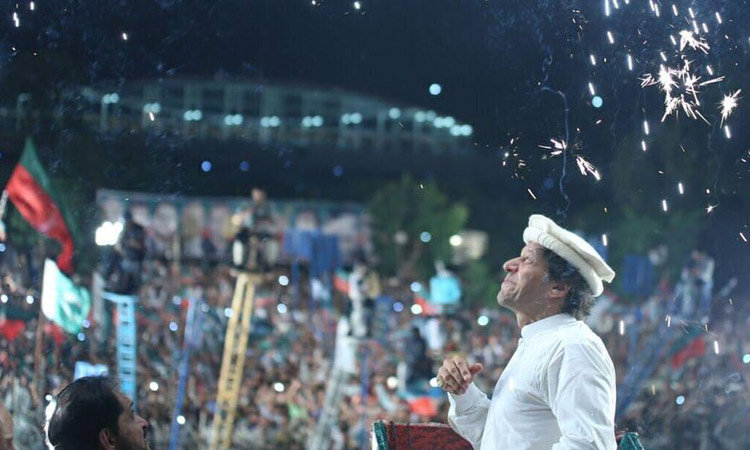