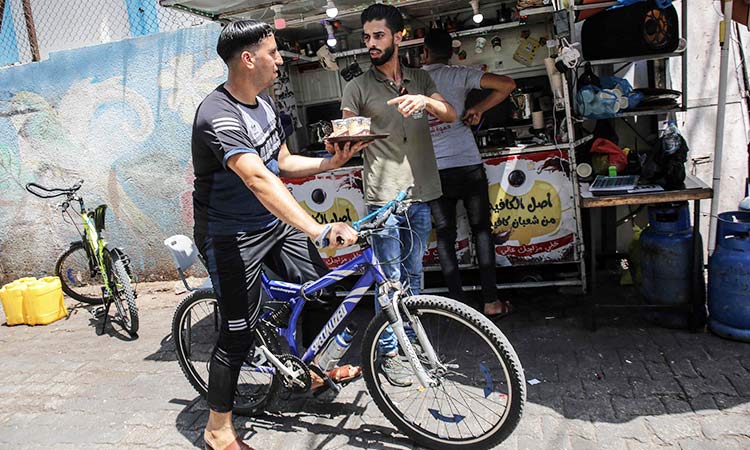 Shaaban Hamuda, right, gives instructions to one of his delivery employees carrying a tray of steaming cups of coffee. AFP

With a practiced hand, a courier balances a tray of steaming cups and with the other grips his bicycle handlebars as he weaves between cars in the crowded Gaza Strip.

Shaaban Hamuda's modest coffee on wheels business is giving the coastal Palestinian territory its first taste of a delivery service inspired by the likes of Uber Eats or Deliveroo.

Coffee and quacks served up at duck cafe

There are no vividly-coloured bulky backpacks as is customary in Europe and North America, just a tray and a few cups of hot Arabic coffee, covered with foil to avoid splashing and cooling.

Hamuda, 31, a business management graduate, launched his two-wheeled hot drink service in May, from his small stand near Rafah market, in the southern Gaza Strip. 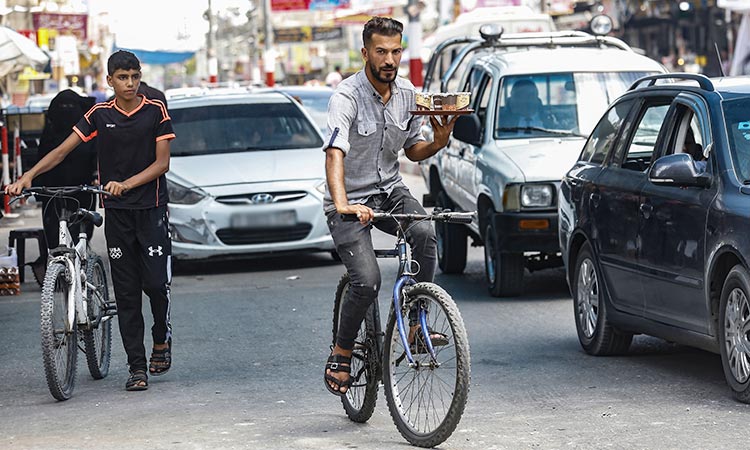 A delivery employee carries a tray of steaming cups of coffee. AFP

A stove, a few saucepans and dozens of cardboard cups: everything to prepare cafe au lait, Arabic coffee and mint tea.

Customers only need to contact him on WhatsApp for one of his employees to prepare the order.

Then a delivery man gets on his cycle and rushes the steaming drink to the customer.

"People like what is new. I have received encouragement from many people," said Hamuda, who charges only for the beverage. Delivery is free. 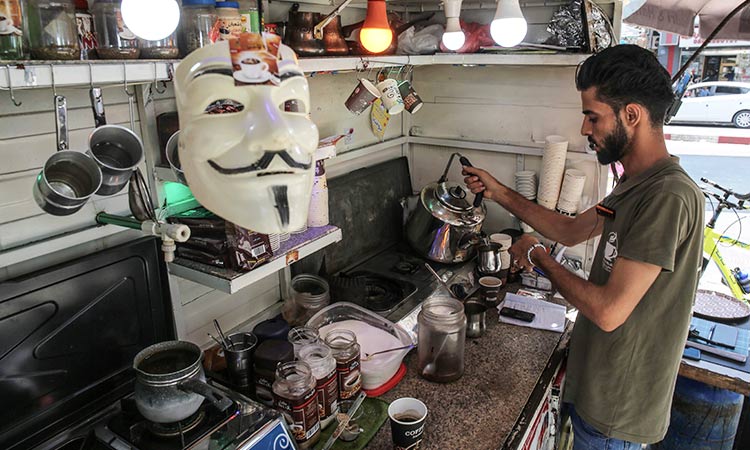 Shaaban Hamuda makes coffee to be delivered to customers. AFP

"We use cycles to attract the attention of the public and it has proven to be effective," he said.

It was through watching YouTube that the father-of-two came across the trend of home-delivery meals by bicycle, a service that has grown popular worldwide.

The young entrepreneur reports satisfactory revenues, but said sales have fallen since the outbreak of COVID-19.

The Gaza Strip, with an estimated population of two million, has been relatively spared by the pandemic, with just over 75 cases, one of whom has died.

But as elsewhere the crisis has depressed economic activity in Gaza, where poverty and unemployment rates are both above 50 percent. 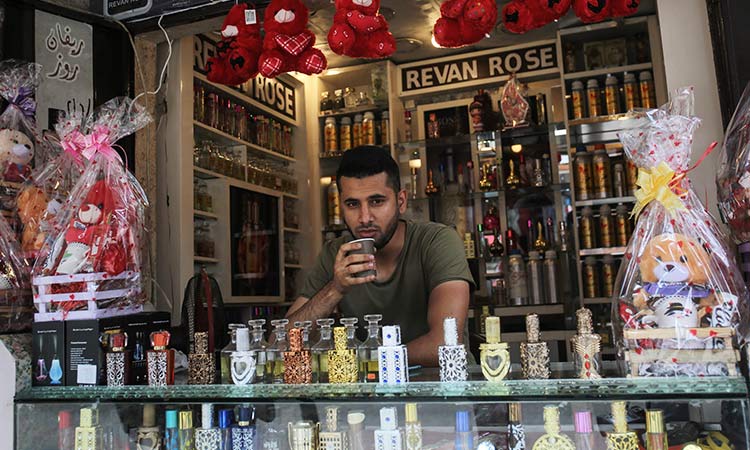 The smell of coffee

Ali Abu Jayab, one of the four deliverymen, could not afford university studies because he comes from a poor family.

"There is no hope for young people in the Gaza Strip," said the 25-year-old, who is delighted to have found work with Hamuda.

"Cycling is all about freedom of movement, it's sport, it's fun and free. It's a good idea and people love it," he said.

Sameh Juda, who owns a perfume shop, was seduced by the smell of Hamuda's coffee.

"I started by ordering a small weekly coffee and now it's one a day," he said with a grin.

"Shaaban's idea is good and innovative, and in addition it is very profitable since the bikes do not require fuel," he said, adding that he appreciates the speed of delivery and ordering via the messaging app.

Despite crippling poverty in Gaza, "young people have innovative ideas that can enable them to find sources of income," said Juda. 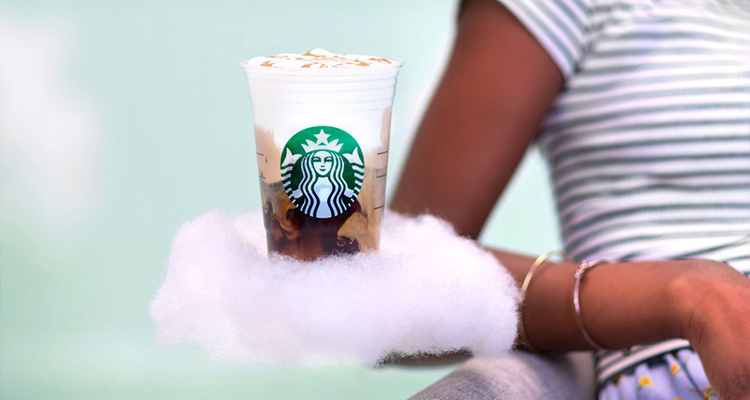 Leading coffee chain Starbucks has opened a "silent cafe" in the Chinese city of Guangzhou, where about half of the staff are hearing impaired, as part of an initiative to support the employment of disabled people.