Mexico is desperate to reopen its 11 million-job tourism industry 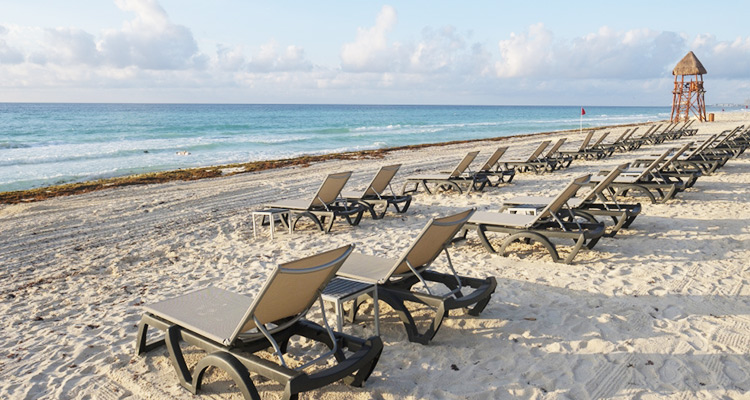 An irony of the coronavirus pandemic is that the idyllic beach vacation in Mexico in the brochures really does exist now: The white sand beaches are sparkling çlean and empty on the Caribbean coast, the water is clear on the Pacific coast and the waters around the resort of Los Cabos are teeming with fish after 10 weeks with no boats going out.

There are two-for-one deals and very eager staff.

It’s all only an airline flight - and a taxi ride, and a reception desk - away, and that’s the problem.

There are a number of ways to think about it: Might it be safer to travel than stay home? How much is mental health worth, and, if people are going to socially distance anyway, why not do it in a beautiful, isolated place?

On the other hand, despite the pandemic, flights are often crowded, even hotels in Mexico that bend over backward to disinfect everything have little capacity to actually test their employees, and while fellow guests are likely to be few and far between, they also probably won't be wearing masks. 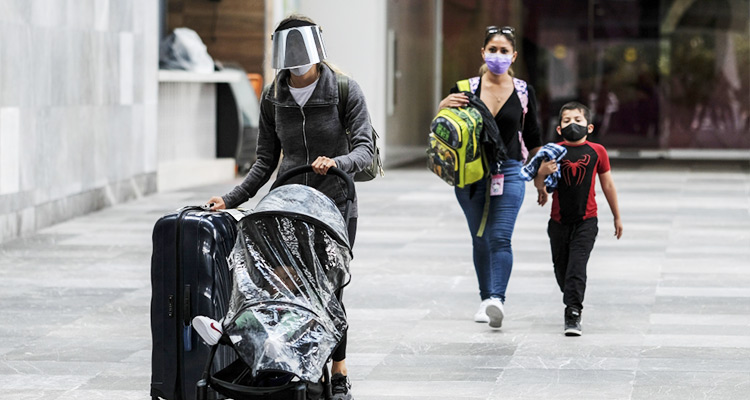 Tourists wearing masks walk around in a beach resort in Mexico.

It was all on display as the first excited tourists arrived at the Moon Palace beach resort near Cancun last week, to the sound of mariachis and welcoming employees lined up - at a safe distance - to greet them.

The Moon Palace staff, however, kept their face masks on. With only about 300 tourists on beaches that can hold thousands, it seemed a good place to practice social distancing.

In Quintana Roo state, where Cancun is located, tourism is the only industry there is, and Cancun is the only major Mexican resort to reopen so far.

Mexico's tourism income crashed in April, when it was only 6.3% of what it was one year ago. Hundreds of thousands of hotel rooms were closed.

tourism provides 11 million jobs, directly or indirectly in Mexico, and many of those workers were simply sent home to wait it out.

The situation is so desperate that Mexico's tourism secretary proposed making the industry one of Mexico's "essential activities,” so that it could reopen just as the construction, mining and automotive industries have already started to do.

But federal health officials were less enthusiastic, noting that tourism implied travel, crowds and being outdoors.

The delay in reopening anywhere else but Cancun has created a desperate situation.

At the Pacific coast resort of Huatulco, dozens of vendors who run seaside fish and curios shacks defied lockdown measures to reopen their businesses, saying their money had run out and they couldn't take it anymore.

Other beach resorts are drawing up plans for limited re-openings as early as next week.

But then beach vendors, waiters and musicians who had lost work were added and the list swelled to 50,000; and the local government increased food packages and all available official vehicles were recruited for distribution.

The normally bustling marina at Cabo San Lucas now has plenty of room.

While Los Cabos hopes for a soft reopening in June or July, with limits on hotel capacity, it's hard not to look at this as a lost summer.

The attractions at Mexican resorts are better than ever, and it's not just due to less crowding.