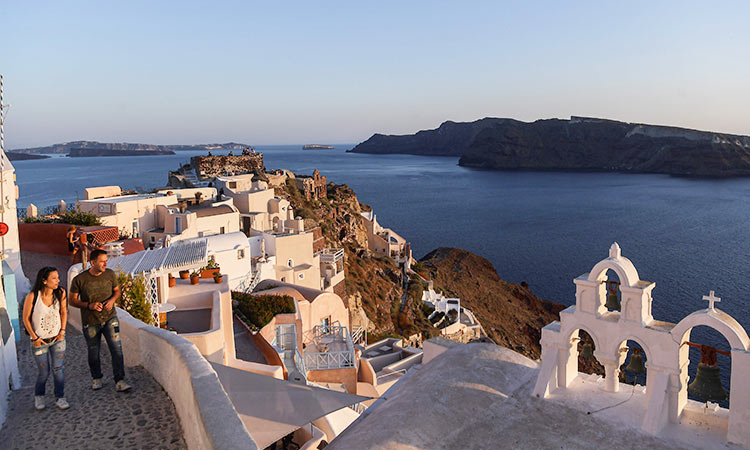 People walk in the empty alleys in the town of Oia in the island of Santorini. AFP

Spectacular sunsets over its ancient volcanic crater make the Greek island of Santorini a magnet for tourists. With the first post-lockdown groups of overseas visitors due to return on Monday, the island is torn between impatience to get back to business and fear of an upsurge in coronavirus cases.

In the quiet alleys of Fira, the island's capital, time is passing by to the rhythm of church bells -- a reminder of the vanishing hours that separate the town from a flood of tourists.

"We're desperate for tourists, we need them and we want them. If we don't have the people, how will we survive?" says Michalis Drosos, who works in a souvenir shop in Fira.

Missing your old life Heres how to handle your grief 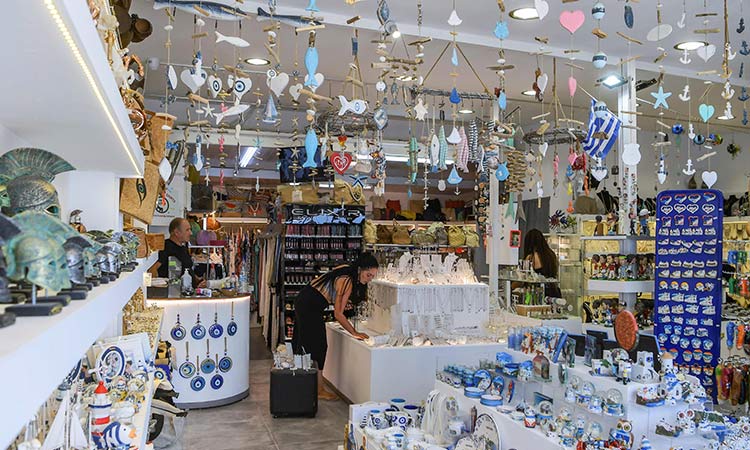 A woman prepares her souvenir shop in the island of Santorini. AFP

Greek Prime Minister Kyriakos Mitsotakis chose Santorini to inaugurate the season with great pomp on Saturday, inviting tourists to marvel at the "stunning sunset" that has made the island famous.

Santorini airport will not reopen to international flights until July 1, like all regional airports in Greece. But travellers from around 30 countries will once again be welcomed at the airports of Thessaloniki and Athens, and will be able to travel on to the islands.

Hard-hit Britain is not among these countries, for now.

There are nearly 30 international flights landing at Athens International airport Monday, including five from Germany, the country where most of Greece's tourists traditionally originate from. 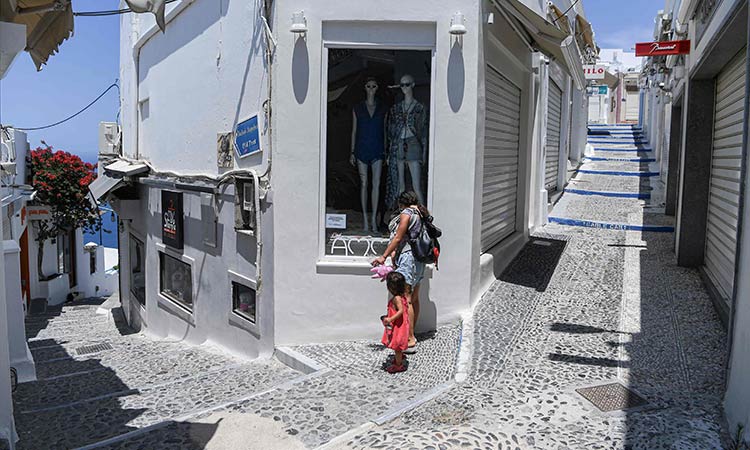 People walk in the empty alleys in the town of Fyra in the island of Santorini. AFP

"It's better to be here, actually. On the plane there was no (distancing)," Elli, a voyager from Paris, said at Athens airport.

"People seemed to be wiping things down, we're just getting used to the new normal," said Christine Soprano, who flew in from Amsterdam.

There were long queues early Monday at the Greek border with Bulgaria, the only neighbouring country approved by Athens for overland travel. 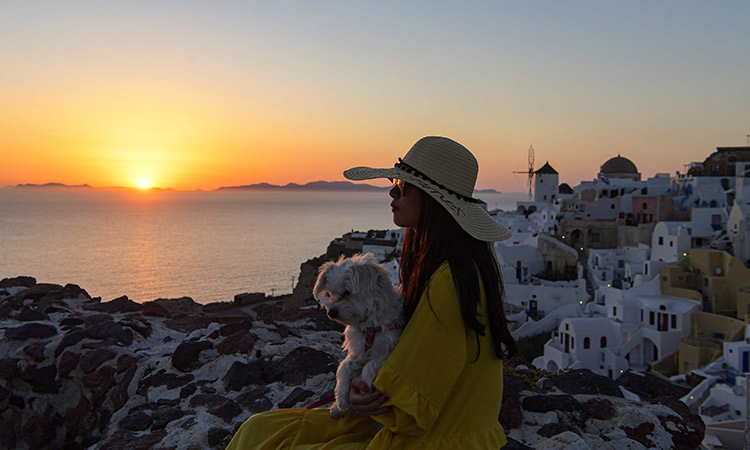 A woman sits with her dog as she looks at the sunset in the town of Oia in the island of Santorini. AFP

"We are restarting the country's most important production engine and we are putting an end to the anguish of 700,000 workers in the tourism sector," Tourism Minister Harry Theoharis said in Santorini.

However, some of those 700,000 are still concerned about the coronavirus pandemic — which has so far largely spared Greece with only 183 deaths.

"As soon as the tourists arrive, we'll get new cases," says Canadian Stephane Saat, who has spent 12 years as a tourist guide in Santorini.

"If they tell us that there are too many cases, we'll have to close down again, but what do we do? We don't have any money left and we're on edge." 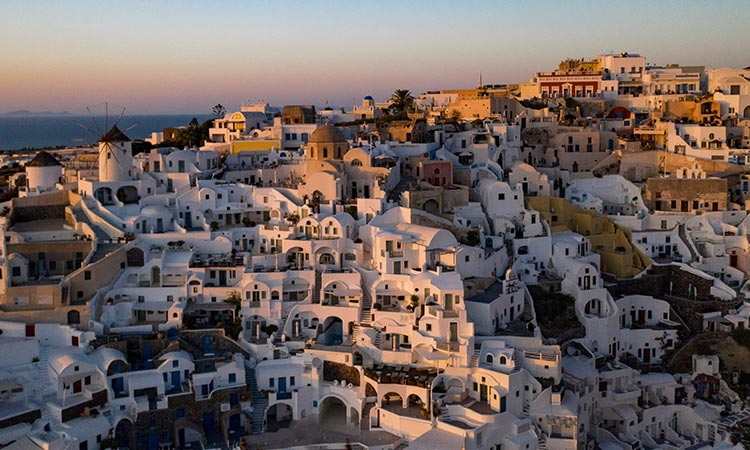 The sunset in the town of Oia in the island of Santorini. AFP

The procedures for protection against the coronavirus put a heavy burden on hotels, says George Roussos. Each hotel must have a doctor per hotel, a room for possible quarantines and a local hospital capable of carrying out tests.

Restaurateur Evangelos Gidaropoulos is among those who believe Greece's record of handling the virus — with far fewer cases than other nations in southern Europe — will stand it in good stead.

"I believe generally that people around the world will recognise that and prefer to come to Greece," he says.

Bearing out his theory, Chinese tourist Max Han reflects that the government has "very good control" over the virus as he wanders the famous blue domes and spectacular cliffs of Oia.

"I feel very, very safe here," he says. "That is why I chose to travel to Santorini and next week I am going to Crete. No problem for me to worry about the virus."