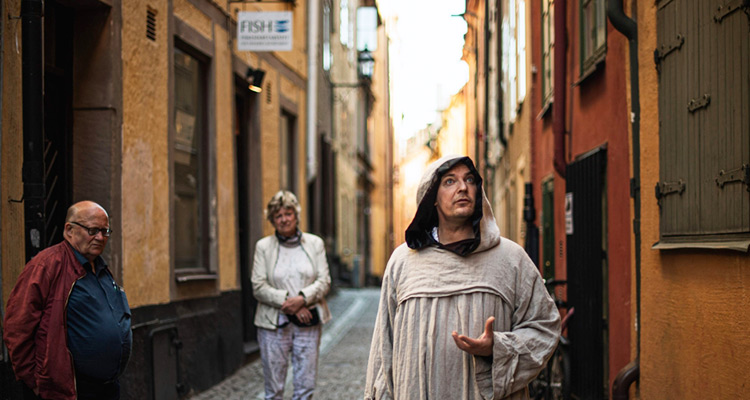 With tourists confined at home and Stockholmers avoiding crowds, a guide is trying to boost business with tours of the city's previous pandemics, from the black death to cholera outbreaks.

On a sunny Saturday, Mike Anderson led a group of history buffs on a 'Plague Walk' through Stockholm's Old Town, pausing by churches and in the shadows of narrow orange and yellow houses that line the streets to point out how the city was marked by pandemics past.

"I think it's quite interesting when you take things that happen today and connect it to history and see people have been through this before," said Anderson, 46.

Dressed in a long, rough cotton shirt over his clothes -- along with a long, beaked mask, his costume for the tour -- Anderson led the group through the cobbled streets. 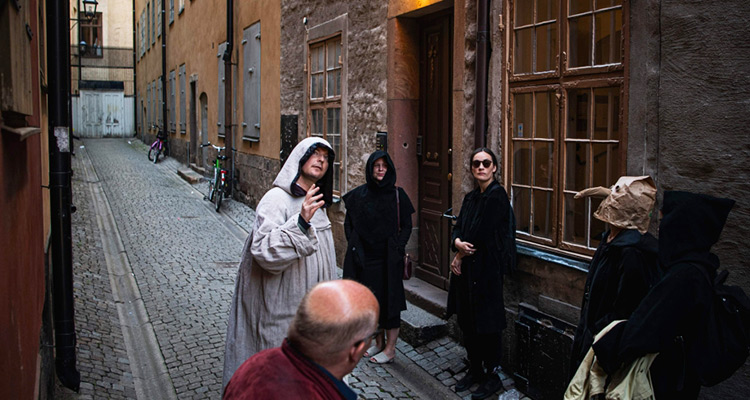 The guide takes them around sites in Stockholm's old town related to pandemics of the plague in the 14th and 18th century.

Four friends had dressed in black for the occasion, one of whom had fashioned a replica of a mask worn by plague doctors in the Middle Ages from a paper bag, featuring a long beak and narrow eye holes.

They listened as Anderson took them back to the outbreak of bubonic plague that wracked the country in the 1350s, killing up to one third of its population.

Further on, they stopped in shaded churchyards to hear stories about a plague that swept through Sweden and the Baltic region in the 1710s and an outbreak of cholera in the mid-19th century. 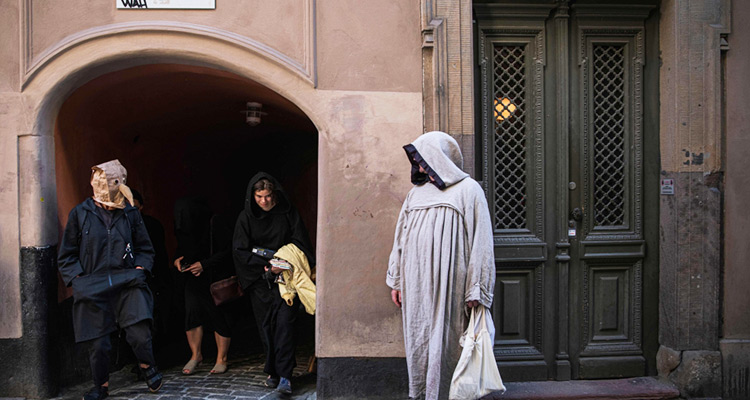 One visitor was unsure what parallels to draw with today's coronavirus, but glad of the afternoon out.

"I had studied a bit before, but there was a lot of new things" in the tour, 27-year-old Stockholm resident Vera said.

"It was exciting," she added, holding the makeshift plague mask she had brought along.

The group listened to Anderson as he used a series of props to illustrate his tales, occasionally running ahead and leaping out to surprise the group, as the streets of the normally bustling Old Town were almost empty. 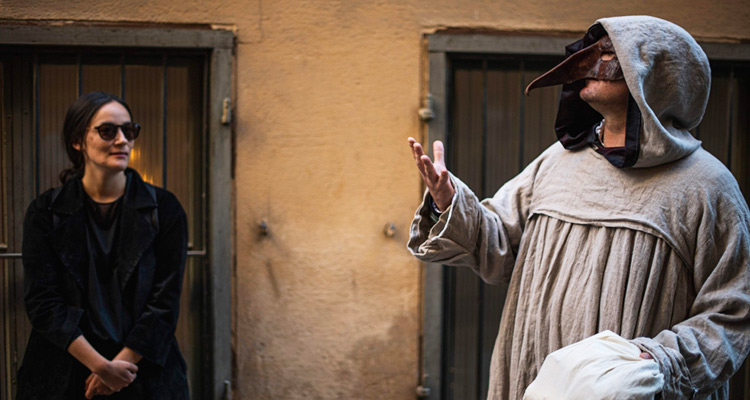 Anderson's business dropped off as concerns over the novel coronavirus mounted and governments imposed measures to prevent the virus's spread from February onwards.

Sweden avoided a full lockdown but gatherings of more than 50 people were banned as the virus spread. Sweden has reported nearly 5,000 deaths from the virus.

As the number of bookings for his Old Town 'ghost walks' dropped, Andersson came up with the new idea as "kind of a survival instinct".

He now plans to offer the tour more regularly and hopes it might help Swedes face the current pandemic without panicking, as well as some relief.

"Most of all, I want them to have entertainment for one hour," he said.