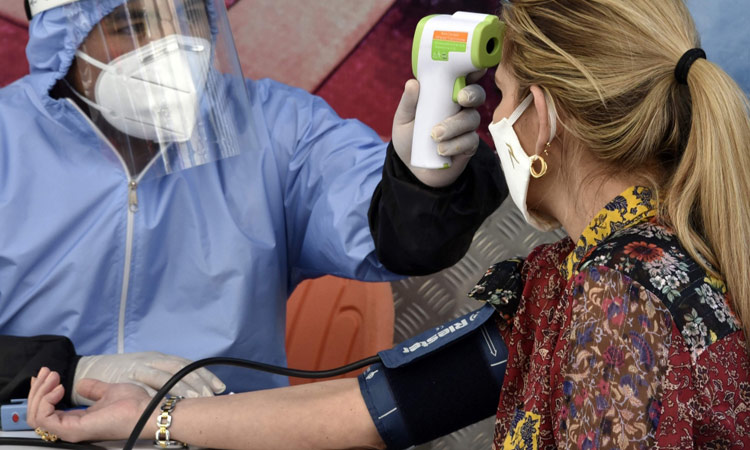 Bolivian President Jeanine Anez (R) has her temperature taken before donating blood on Blood Donor Day, at the presidential palace in La Paz on Friday. Reuters

New research offers reassuring evidence to hundreds of millions of people with high blood pressure that popular anti-hypertension drugs do not put them at greater risk from COVID-19 as some experts had feared.

Two blood pressure-lowering drug classes, called ACE inhibitors and ARBs, came under scrutiny after the US Centres for Disease Control and Prevention reported in April that 72% of hospitalised COVID-19 patients 65 or older had hypertension.

ACE inhibitors and ARBs are thought to trigger activity along the same biological pathways used by the COVID-19 novel coronavirus to attack the lungs.

Researchers at Oxford University had recommended some patients stop the drugs until the risks were better known, while others argued patients should stay on the medications. An expert at the Johns Hopkins Center for Drug Safety and Effectiveness in Baltimore described the debate as "one of the most important clinical questions.” 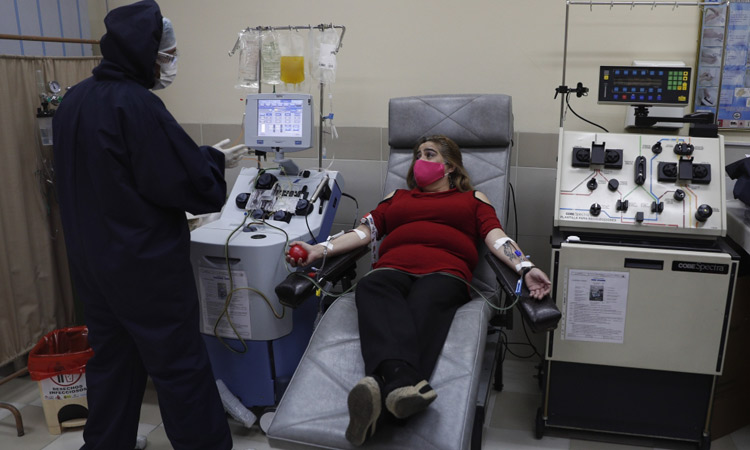 A survivor of the new coronavirus speaks with Dr Paul Camacho as she donates her plasma containing COVID-19 antibodies at the Hemocentro blood bank in La Paz, Bolivia. AP

The new study made publicly available on Friday found no clinically significant increased risk of either a diagnosis or hospitalisation of COVID-19 with ACE or ARB use compared with other first-line drug treatments for hypertension.

The authors recommended that patients should not discontinue their treatment to avoid the virus, which has infected over 7.5 million people worldwide and killed more than 420,000.

"Our findings are quite reassuring,” said Marc Suchard, a biostatistician at the University of California, Los Angeles, who co-led the study. "Taking an ACE or an ARB is just as safe as other first-list hypertension agents in terms of your risk of contracting COVID-19.”

The study analysed the electronic medical records of 1.1 million patients on anti-hypertension drugs from the United States and Spain and has not yet been peer reviewed.

It was part of the Observational Health Data Sciences and Informatics program (OHDSI, pronounced Odyssey) response to COVID-19, in collaboration with the US Department of Veterans Affairs, Columbia University Irving Medical Center, and SIDIAP, a Spanish health research organisation.

The findings join a growing body of evidence showing that the life-saving drugs neither increase nor reduce the risk of contracting COVID-19 or developing a severe case of the virus.

Harmony R. Reynolds, a cardiologist at New York University Grossman School of Medicine and the lead author of a study published last month in The New England Journal of Medicine, said she had been besieged by calls from worried patients.

With little research to go on, she advised them to stay on the drugs and embarked on a study with colleagues to analyze the medical records of over 12,000 COVID-19 patients at NYU’s Langone Health system. They found that those using ACE inhibitors or ARBs were no more likely to test positive than those who were not, nor was their risk of severe illness higher. The same held true for other classes of drugs - beta-blockers, calcium channel blockers and thiazide diuretics.

Separate studies of more than 12,000 patients in Spain and more than 30,000 health system beneficiaries in Italy reached similar conclusions. They were published last month in The Lancet and the New England Journal, respectively.

Another study in the New England Journal in May reported no increased risk of hospital deaths associated with ACE inhibitors. Both that study and another on hydroxychloroquine were retracted earlier this month after the co-authors said they could no longer vouch for the validity of the data they obtained from Surgisphere, a private medical record firm, however. 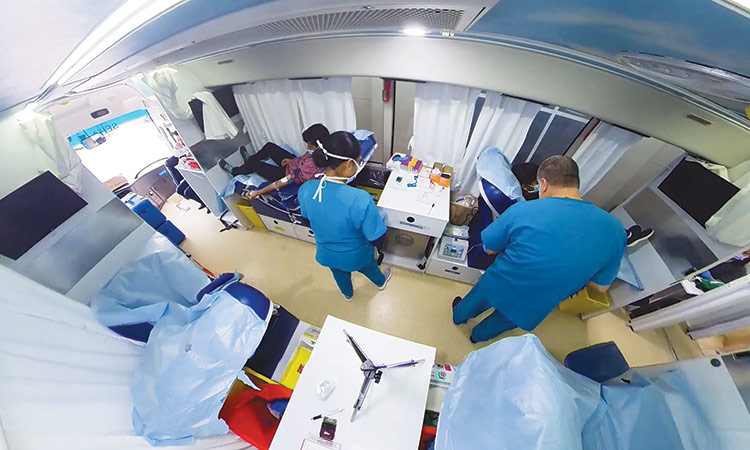 Blood donation drives ongoing in UAE according to highest levels of safety, says Ministry of Health

Blood donation campaigns are ongoing according to the highest safety standards, said the UAE’s Ministry of Health and Prevention (MoHAP) in a statement issued ahead of World Blood Donor Day, which takes place on Sunday. 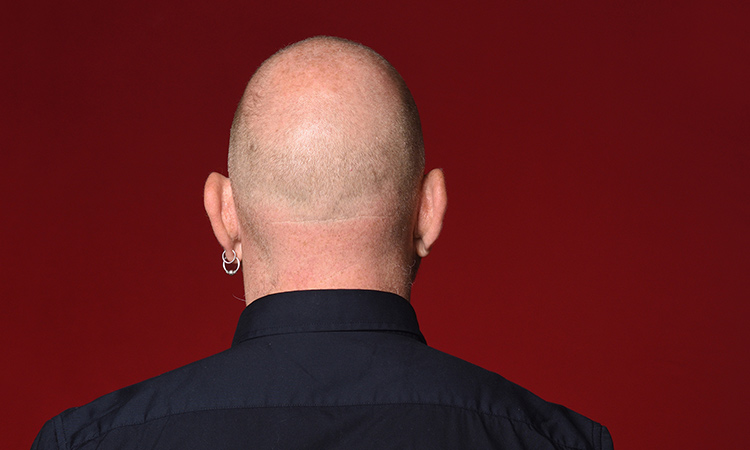