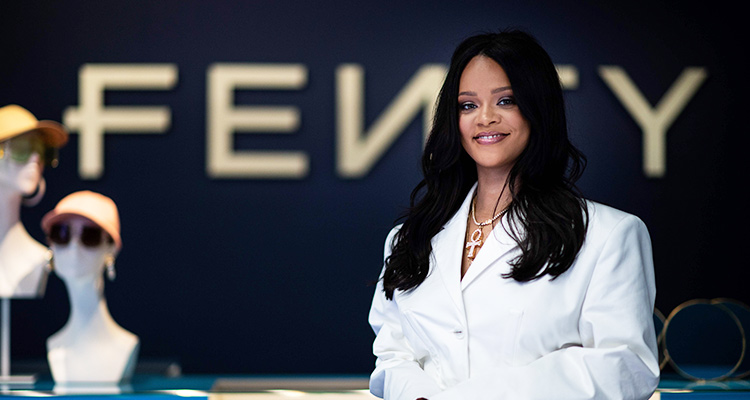 This photo is used for illustrative purpose. File

The aim of the campaign was to demonstrate support for the Black Lives Matter movement and the protests that have taken place in the US and across the world in the aftermath of George Floyd’s death.

However, many pointed out that the prevalence of black squares across Instagram was preventing people from being able to source resources and important information about the protests when shared with the #BlackLivesMatter hashtag. 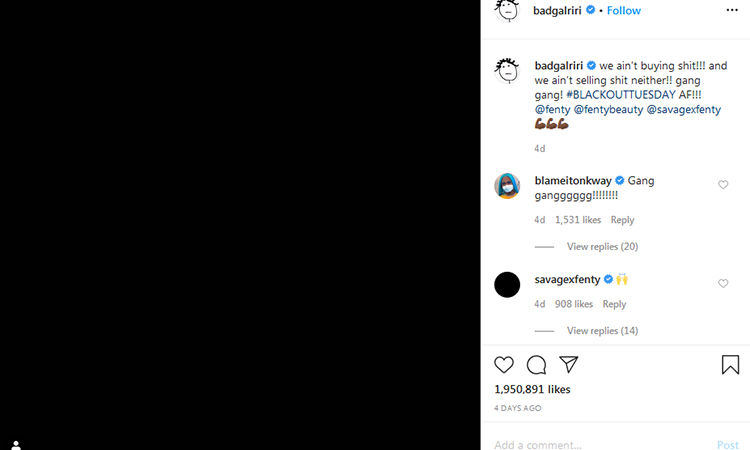 To mark the day, Rihanna’s cosmetics brand, Fenty Beauty shared a statement explaining that they are “not staying silent” nor “standing by”.

“The fight against racial inequality, injustice, and straight up racism doesn’t stop with financial donations and words of support,” the firm stated on Instagram.

“In solidarity with the Black community, our employees, our friends, our families, and our colleagues across industries, we are proud to take part in #BlackoutTuesday.”

The company stated that it would “not be conducting any business” on the day.

Similar statements were shared on the Instagram pages for lingerie label Savage X Fenty and fashion brand Fenty, stating that business operations would be ceased on a global scale. 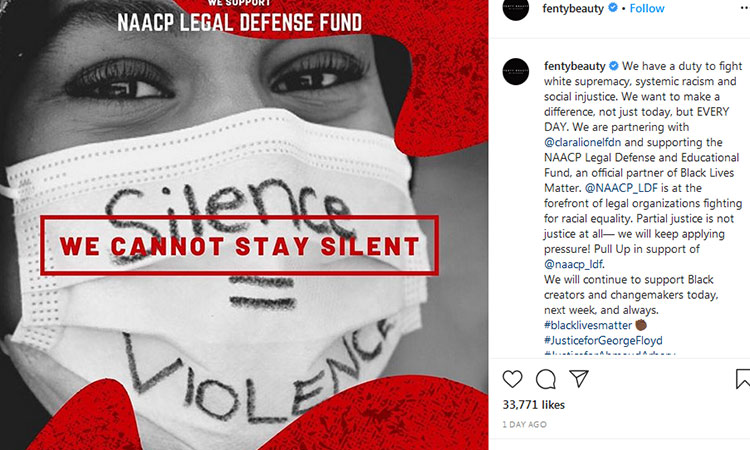 In a second post on Blackout Tuesday, the singer shared a black square listing several states in the US, urging her American followers to vote in the primary elections.

“I don’t wanna hear another excuse!! Stop believing that your vote and voice don’t matter! This is the illest way to protest... vote for the change you want!!!”

Other celebrities took part in Blackout Tuesday, but some, including Emma Watson, were criticised for the way in which they observed the campaign.

After being criticised for sharing black squares with white borders that matched her typical Instagram aesthetic, actor Emma Watson shared a statement on Instagram stating that “white supremacy is one of the systems of hierarchy and dominance, of exploitation and oppression that is tightly stitched into society”.

“As a white person, I have benefited from this. While we might feel that, as individuals, we’re working hard internally to be anti-racist, we need to work harder externally to actively tackle the structural and institutional racism around us,” she wrote.

“I’m still learning about the many ways I unconsciously support and uphold a system that is structurally racist.”