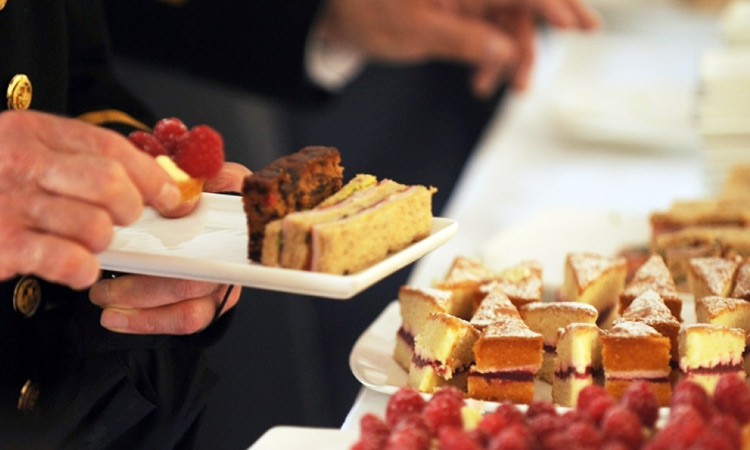 As you may have noticed, a number of people having been turning to baking to add some flavour to their drab lives in these coronavirus times.

From freshly baked bread to luscious desserts, members of the public have been throwing on their aprons and whipping up a culinary storm in their kitchens.

Jumping on the baking bandwagon, Buckingham Palace has shared the recipe to one of the most quintessentially British bakes: the Victoria Sponge Cake.

On the royal family‘s social media channels, the Palace explained that the recipe has been shared to mark the royal garden parties, which were due to take place in May before being cancelled.

“The Victoria sponge was named after Queen Victoria, who regularly ate a slice of sponge cake with her tea, each afternoon!” the royal family stated.

In addition to the recipe, the royal family has also shared a video demonstrating the correct techniques needed to produce the fluffy, jammy sponge.

Here is how to make a royally approved Victoria Sponge Cake, according to Buckingham Palace’s pastry chefs:

2. Grease and line two eight-inch cake tins. If you only have one cake tin, you can bake the sponge and slice it in half.

3. Cream the caster sugar, vanilla essence and softened unsalted butter until light and fluffy. You can do this either by hand with a wooden spoon or with an electric whisk.

4. Whisk the eggs in a separate bowl.

5. Gradually add the beaten eggs to the sugar and butter mixture. Do so a little bit at a time, in order to avoid any curdling.

6. Sieve the flour and then gently fold into the mixture

7. Pour equal amounts of the cake mix into the two cake tins and smooth them over.

8. Place the cake tins on the middle shelf of the pre-heated oven, baking for around 20 minutes, until the cake looks golden brown.

9. After 20 minutes, check the cake is well-baked by inserting a skewer. If the skewer comes out clean, the cake is ready.

10. Remove the sponges from their tins and leave them to cool.

1. Cream the softened butter for the buttercream with the sieved icing sugar and seeds from the vanilla pod (or vanilla essence).

To assemble the cake:

1. Ensure that both sponges are completely cold before spreading a layer of jam onto the surface of one sponge.

2. Next, spread a thick layer of buttercream on top of the jam. If you prefer, you can spread the buttercream first and then do the layer of jam second.

3. Once the layers have been spread on one sponge, place the second sponge on top and gently press down.

4. Sprinkle with icing sugar and, as per the Buckingham Palace pastry chef’s suggestion, serve with a pot of fresh English tea. 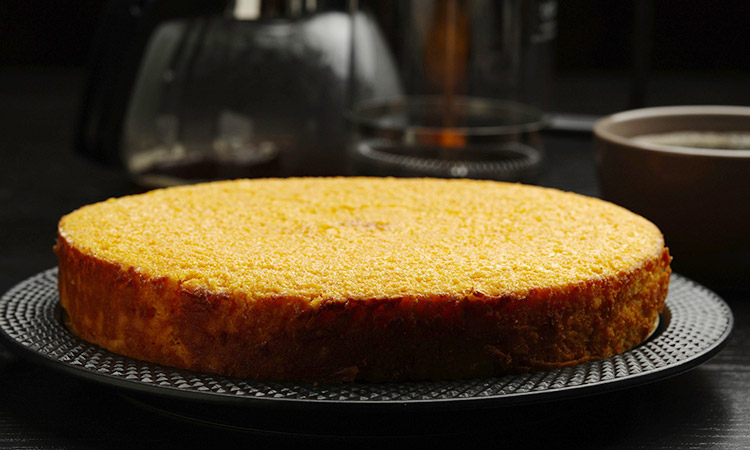 “This is my version. It makes a large loaf and is quite rich, so you’ll get a lot of slices out of it,” says food writer Anna Jones. 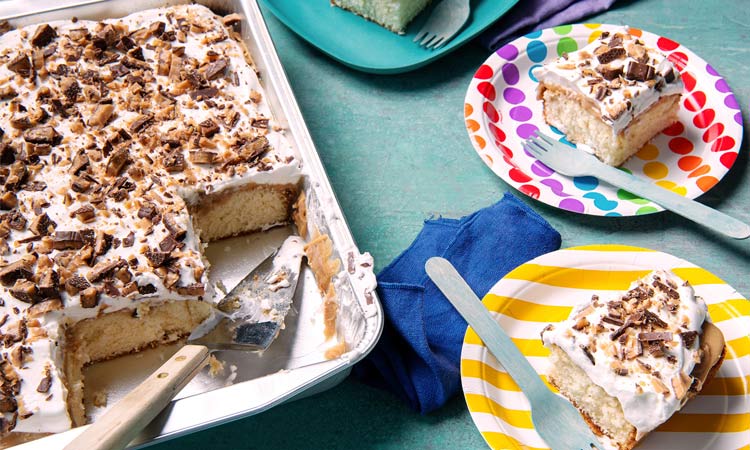 Two sheet cakes you're bound to make over and over

If you want the perfect dessert to feed a crowd without breaking the bank, make a sheet cake. These recipes for candy bar sheet cake and lemon buttermilk sheet cake will surely be a hit at your next party.