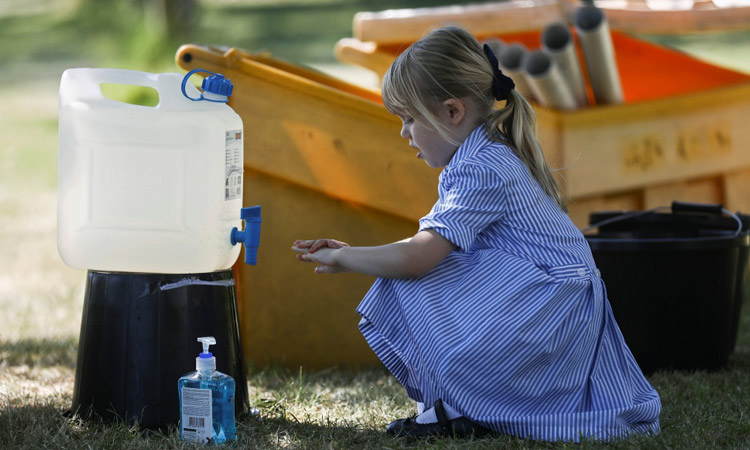 A child washes her hands after playing at St Dunstan's College junior school as some schools re-open in London on Monday. Reuters

Top scientists, health officials and the World Health Organistation (WHO) on Monday rushed to counter claims made by a leading Italian doctor who said the new coronavirus "no longer exists" in the country.

"In reality, the virus clinically no longer exists in Italy," said , head of the San Raffaele Hospital in Milan. 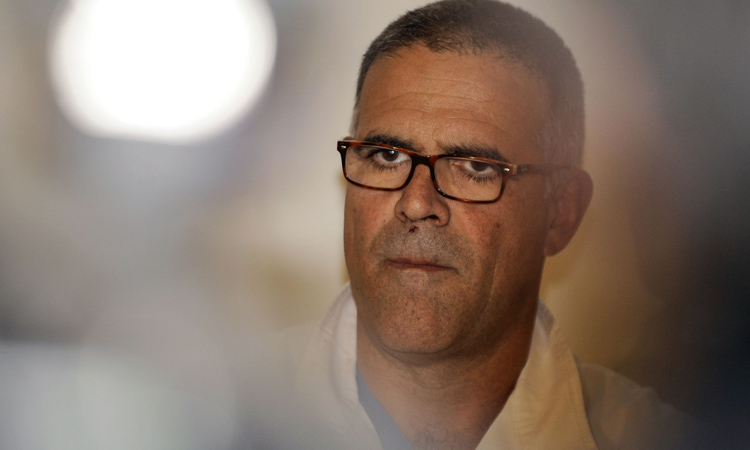 "The swabs performed over the past 10 days have showed a viral load that is absolutely infinitesimal in quantitative terms compared to those carried out a month or two months ago," he said in an interview on RAI television on Sunday.

"Someone has to take responsibility for terrorising the country," Zangrillo added. Milan is the capital of the northern region of Lombardy, which took the brunt of the pandemic in Italy.

Several specialists, in Italy and abroad, were quick to object to Zangrillo's remarks. 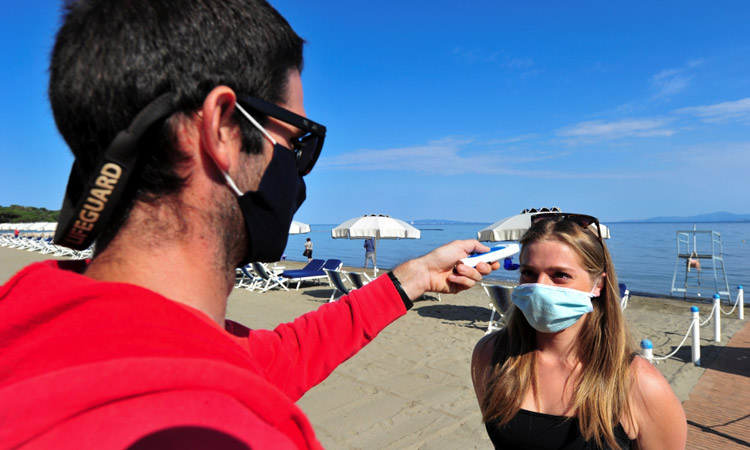 A lifeguard takes the temperature of a woman at a newly reopened beach in Punta Ala, Italy. AFP

Dr Oscar MacLean, of the MRC-University of Glasgow Centre for virus Research, said Zangrillo's claims were "not supported by anything in the scientific literature, and also seem fairly implausible on genetic grounds".

Martin Hibberd, a professor at the London School of Hygiene and Tropical Medicine, said: "In a situation where the numbers of severe cases are falling, there may be time to start observing people with less severe symptoms -- giving the impression that the virus is changing."

'Still a killer virus:' WHO

And the WHO also stressed that the new coronavirus had not suddenly become less pathogenic. "We need to be careful: this is still a killer virus," WHO emergencies director Michael Ryan told journalists.

"We need to be exceptionally careful not to create a sense that, all of a sudden, the virus, by its own volition, has now decided to be less pathogenic," said Ryan, who has a background in epidemiology. "It is not the case at all." 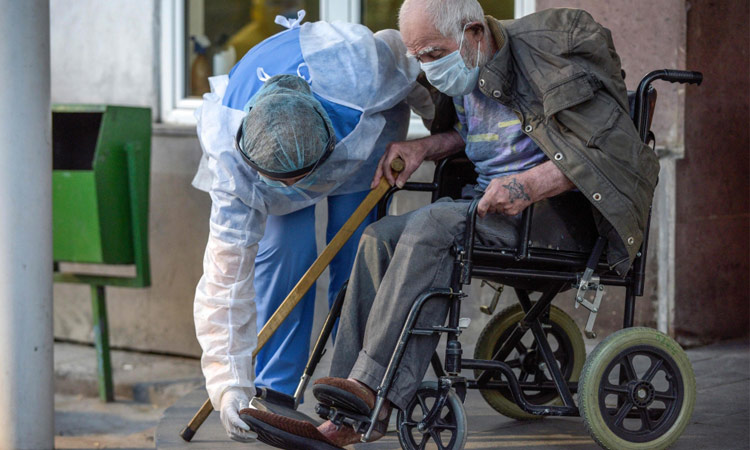 A doctor wearing a face mask and protective gear helps a patient at the Grigor Lusavorich Medical Centre in Yerevan. AFP

The head of Italy's National Health Council, Franco Locatelli, said he was "baffled" by Zangrillo's comments.

"It's enough to look at the number of new positive cases confirmed every day to see the persistent circulation in Italy of the new coronavirus," he said.

The director of the prestigious Spallazani infectious diseases institute in Rome, Giuseppe Ippolito, also said there was no scientific proof the virus had mutated or changed in potency.

The government has insisted this is one of the most dangerous phases of a pandemic that has claimed over 33,000 lives in the country.

It has urged people to abide by social distancing rules and wear masks to prevent the virus from spreading once again.

A contact-tracing app to help the country avoid a virus relapse was being launched Monday in four of the country's 20 regions, with others soon to follow. 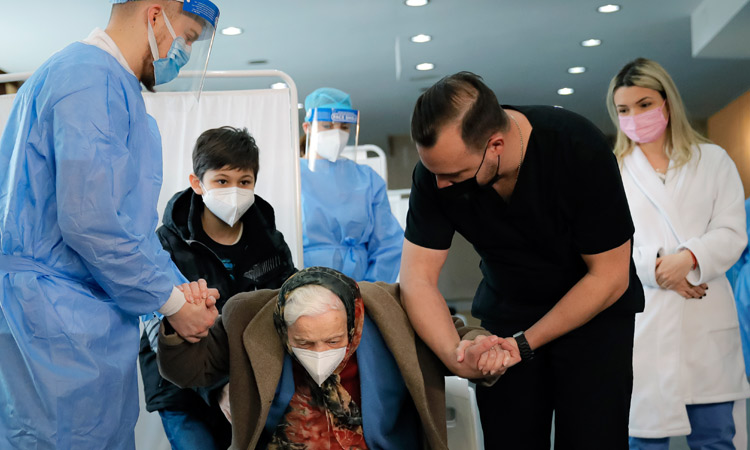