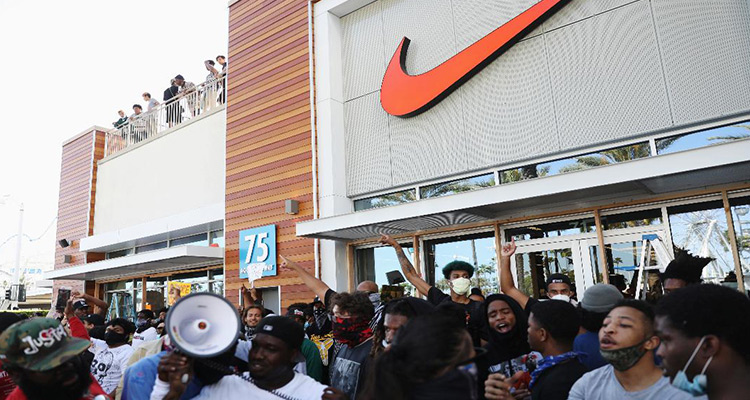 As America boils over with anger over the senseless murder of George Floyd, Nike has made a powerful statement.

The sportswear giant released a special advert with the slogan: “Don’t Do It.”

The phrase is a twist on the brand’s trademark catchphrase: “Just Do It” and in this instance is in reference to combating racism in the wake of the death of Floyd, a black man.

Mr Floyd was killed after a police officer pressed a knee onto his neck until he stopped breathing.

Protests have since erupted across the US as demonstrators decry years of police brutality against African Americans. 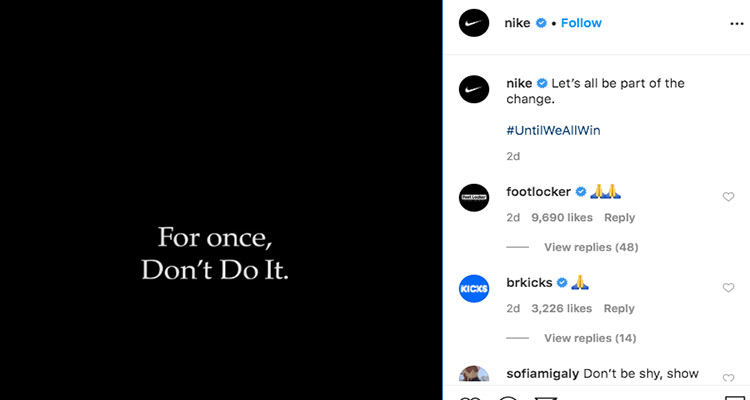 The video begins with the words, “For once, Don’t Do It” written in white text against a black background.

The video continues: “Don’t pretend there’s not a problem in America.

"Don’t turn your back on racism. Don’t accept innocent lives being taken from us. Don’t make any more excuses.

“Don’t think this doesn’t affect you. Don’t sit back and be silent.

Nike to donate 1,40,000 pieces of sports equipment to healthcare workers

Over the moon: Nike sneakers sell for record 437500

It’s not the first time that Nike has used its global platform to speak out against racism.

The sportswear giants famously supported NFL player Colin Kaepernick after he knelt during the national anthem ahead of a game as part of a silent protest regarding America’s treatment of racial minorities.