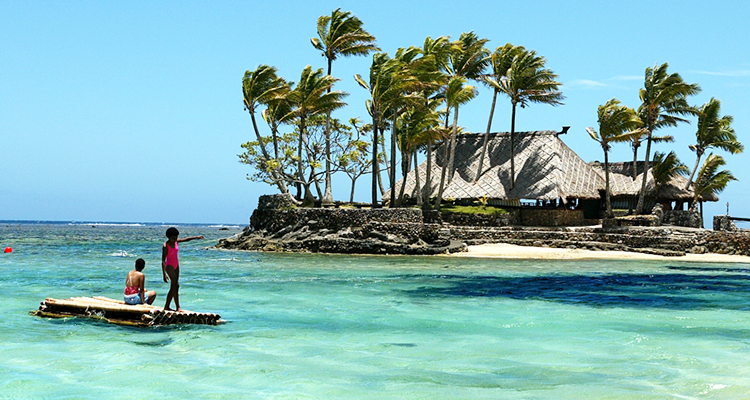 Melanesian children float on a bamboo pontoon by Wicked Walu island in Fiji.

Today countries all over the world are weighing when to ease restrictions that would save jobs but risk the virus running amok.

But the tradeoffs are perhaps starker in the South Pacific islands than almost anywhere else on Earth.

Most of these postcard-perfect archipelagoes have been spared outbreaks that would instantly overwhelm their barebones health systems.

Around a dozen Pacific island nations remain virus-free, most of them remote dots in the ocean that sealed their borders when they saw the carnage COVID-19 was causing elsewhere in the world.

One notable exception is Fiji, where 18 cases have been reported although the authorities hope to be able to declare the islands virus-free later this month.

But the economic impact of the pandemic has been devastating.

Communities across the region rely heavily on tourism -- in some places as much as 50 percent of GDP -- that comes from parts of the world where COVID-19 has been actively spreading. 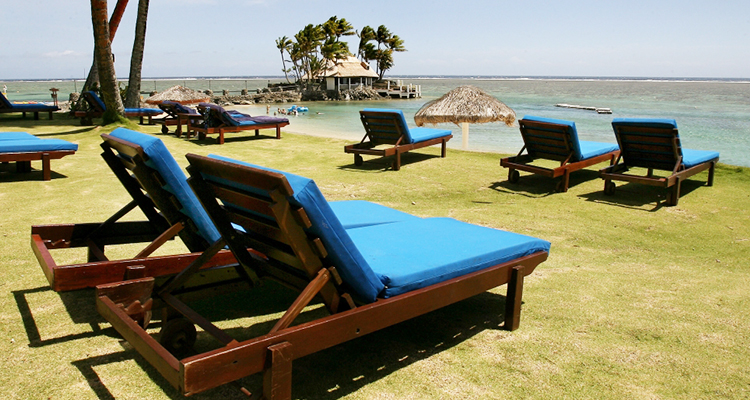 Empty deck chairs look out to sea at a resort on Fiji's Coral Coast some 100kms west of Suva.

Since the crisis began, flights have stopped, hotels have been abandoned, and revenue has dried up.

"(We) believe that little pockets like ourselves, currently free of the virus and working with other like-minded countries in the region, exercising caution, should be able to reopen," said Cook Islands Tourism chief executive Halatoa Fua.

But he stressed the bubble would need to come with stringent safeguards.

Many of the islands already suffer from high levels of diabetes and heart disease that could make any coronavirus outbreak especially dangerous.

Chairman of the Palau Visitors Authority Ngirai Tmetuchi said the idea was worth exploring "but we'd have to read the fine print and evaluate the risks".

The island's Tourism Minister F. Umiich Sengebau said in the absence of direct air links with Australia and New Zealand, it made more sense for his country to pursue a bubble arrangement with Taiwan. Palau is one of the few nations to have diplomatic relations with Taipei.

Elsewhere, the immediacy of the pandemic threat has put such plans firmly on the backburner.

"Right now, the Solomons Islands government's priority is to finalise preparedness and response requirements such as in-country testing and facilitate repatriation of stranded citizens within the region," a spokesman for Prime Minister Manasseh Sogavare said.

Tiny island of Comoros donates 100 to China to fight coronavirus

With total eradication in Australia, New Zealand or Taiwan unlikely, the ability to trace, treat and isolate any outbreak will likely be key.

Australia on Friday announced plans to boost COVID-19 testing in places where there is no domestic capacity at all and where only a handful of intensive care units exist.

In a signal of the scale of the challenge, Marshall Islands Health Secretary Jack Niedenthal said it was too early even to consider the idea of a bubble.

"Even just responding with a 'maybe' could cause a lot of unnecessary anxiety with our people," he said. 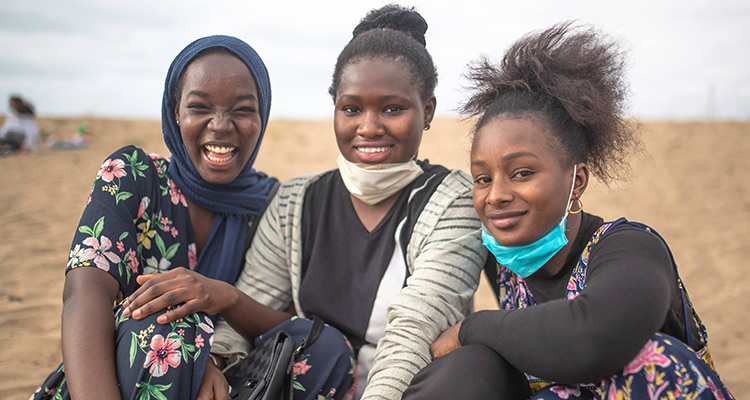