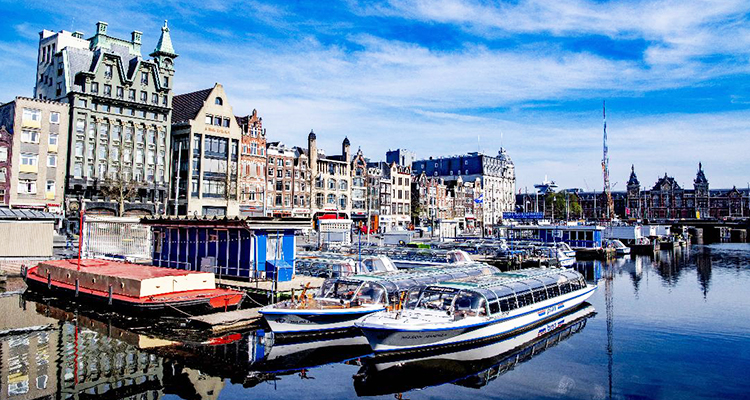 Tour boats are moored on the city's canals due to the coronavirus crisis. TNS.

Amsterdam is usually top of the list when it comes to city break destinations, and offers a plethora of things to do and see.

While currently cut off from the city’s charms — from its famed canals and gabled houses to its smorgasbord of museums and galleries — those craving a slice of the Netherlands can still get their kicks, albeit remotely.

The famous Secret Annex where Anne Frank hid and wrote her diary during the Nazi occupation usually attracts 1.3 million visitors a year. 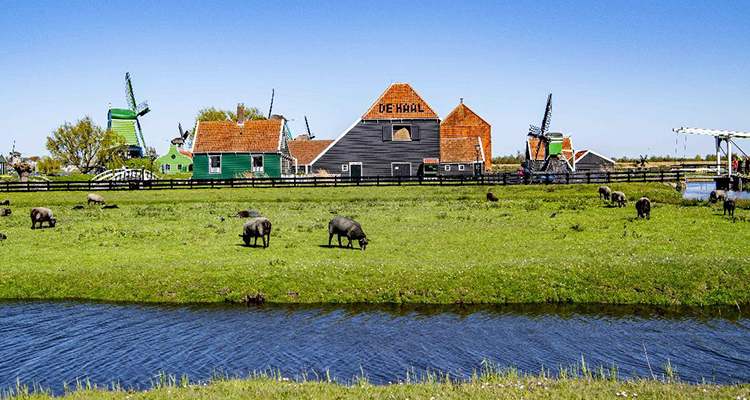 The Zaanse Schans tourist attraction in the neighbourhood of Zaandam. TNS.

Even though it’s closed its doors temporarily, the museum is giving people all over the world the chance to get an idea of what life must have been like for Anne and her family by releasing a series of videos that re-imagine the teen diarist as a modern-day vlogger.

The daily films retell Anne’s story for the YouTube generation 75 years after the liberation of Holland.

Stuffed with masterpieces from the Dutch Golden Age, the Rijksmuseum is one of Amsterdam’s most popular attractions.

It’s closed until at least June 1, but has just launched a new interactive experience, Rijksmuseum From Home, that allows you to virtually visit the home of Rembrandt’s The Nightwatch and Vermeer’s The Milkmaid. 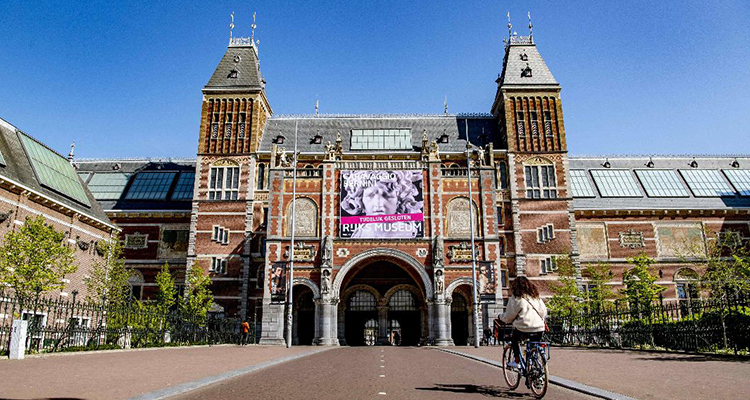 The Rijksmuseum is stuffed with masterpieces from the Dutch Golden Age.

In a collaboration with Google, there’s also the chance to explore 11 “exhibits,” where you can interact with various works from the museum, read about their history and see close-ups.

Hopping on a canal cruise to explore Amsterdam’s famous waterways is one of the city’s most popular activities.

Take a virtual tour with Starboard, which has put together 360-degree photos from its cruises, allowing you to “travel” along the canals.

To give the true touring experience, there are also information points to click on that tell you more about the landmarks along the way, from the creation of the Prinsengracht 70 Street art to the history of the Westerkerk church in the trendy Jordaan neighbourhood. 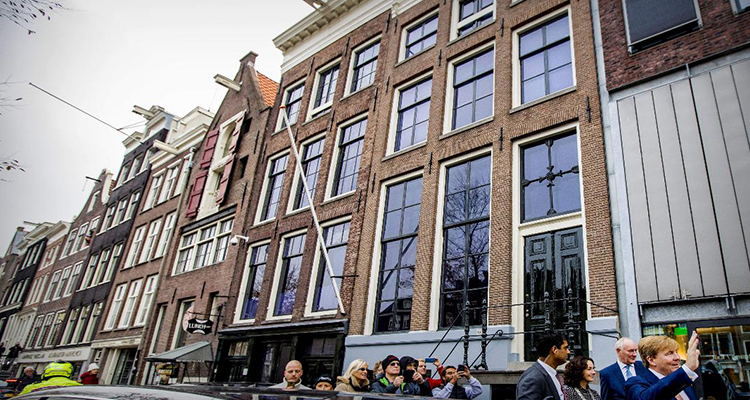 As well as the recipes themselves, the book also tells the stories of the local chefs and eateries, and pays homage to the neighbourhoods they call home.

If you want to combine a visit to Amsterdam with a good cry, look no further than Young Adult smash hit "The Fault in Our Stars."

The book tells the tale of two teenagers with terminal illnesses falling for each other, their feelings coming to fruition on a trip to Amsterdam.

They even share a first kiss in the Anne Frank House.

Jessie Burton’s bestseller "The Miniaturist" is set in 17th-century Amsterdam — the perfect way to immerse yourself from afar.

The BBC television adaptation also perfectly captures the city during the Dutch Golden Age; the series is currently available to buy on Amazon Prime.

Given what a gorgeous city it is, it’s surprising Amsterdam hasn’t been used more frequently as a backdrop in cinema.

But there are still options: pick your poison — heist or spy flick? "Ocean’s Twelve" and Bond classic "Diamonds are Forever" both feature the Dutch capital.

You can’t get much more Amsterdam than watch brand Vondel, whose designs all feature a vertical line of three “x”s in a subtle nod to the city’s coat of arms.

Other than that, the timepieces are the epitome of Dutch design: simple, contemporary and chic. You can buy online, with watches starting from around £80 (Dhs366) .

If you have a craving for Dutch cuisine, Netherlands producer of fine cheeses Henri Willig has an online shop for all your Gouda, fig bread and honey mustard needs.

Amsterdam is all about the bike culture. To truly embrace the city at a distance, hop on two wheels for your mandated daily exercise — whether it’s a Santander cycle, a Jump electric-powered number, or your very own tweewieler (bicycle). 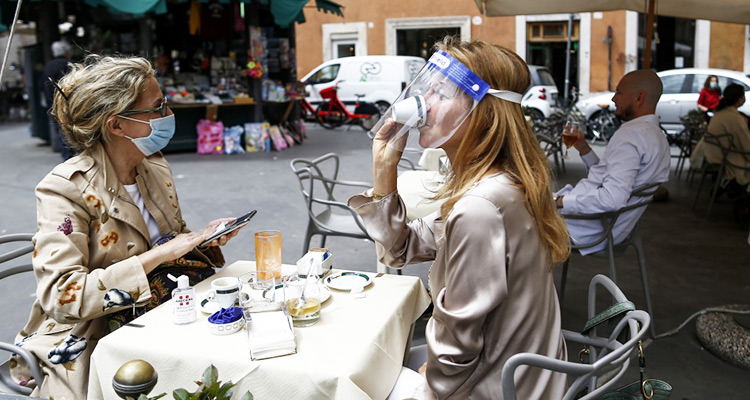 Spaghetti carbonara, Gucci bags, and trendy haircuts were back on the menu in Italy Monday, but only the bravest ate, shopped or styled-away their lockdown blues as the country attempted to return to normality. 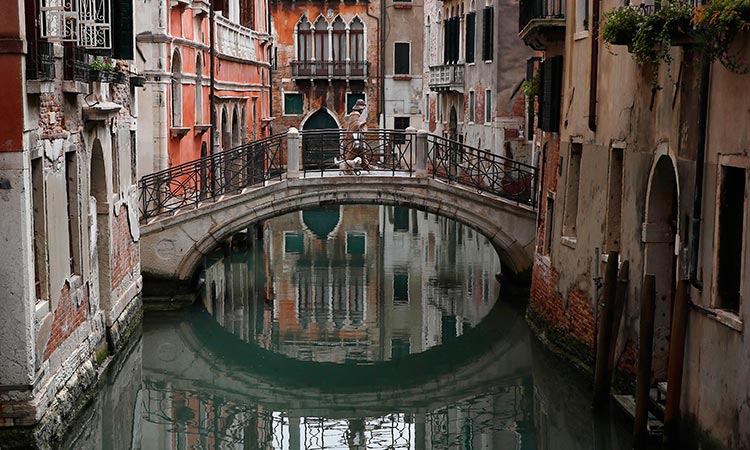 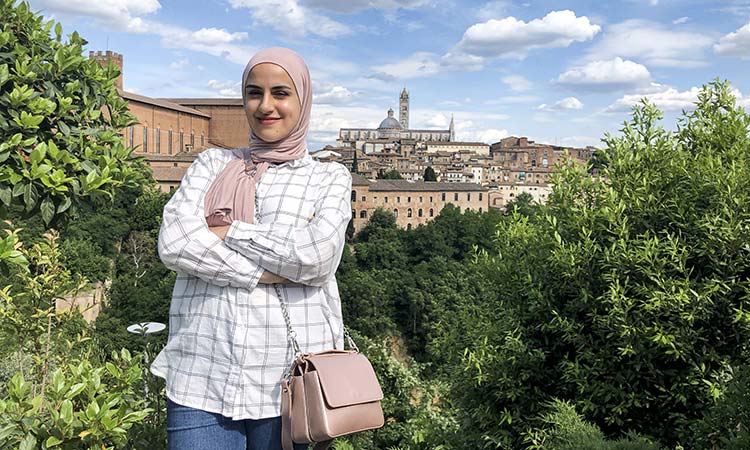