Robots on hand to greet Japanese coronavirus patients in hotels 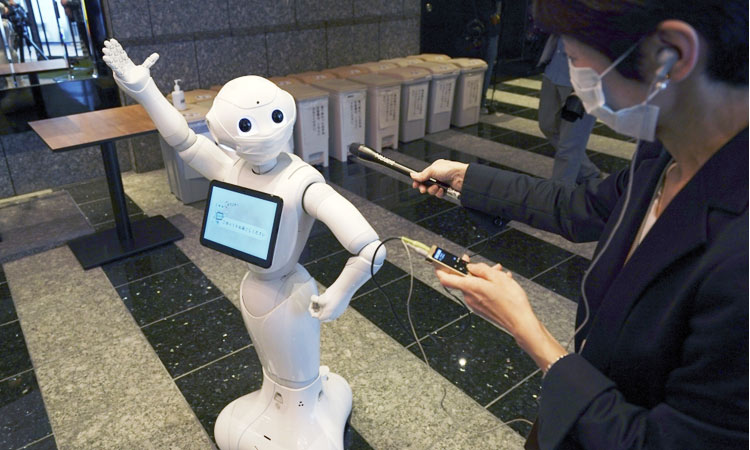 A humanoid robot Pepper wearing a face mask greets a radio reporter at the lobby of a hotel in Tokyo on Friday. AP

Coronavirus patients with light symptoms arriving to stay at several Tokyo hotels are likely to get a lift from a pleasant surprise - a robot greeter in the lobby.

Japan is now using hotels to house patients who have tested positive for the coronavirus but whose symptoms are too light to need hospitalisation, and several in the capital of Tokyo just opened on Friday feature robots to help lighten the burden on nurses. 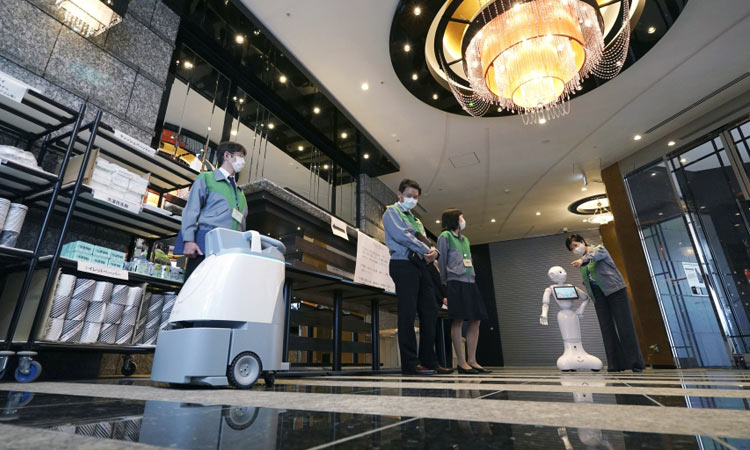 Tokyo Gov. Yuriko Koike (R) observes a cleaning robot operated at the lobby of a hotel for the COVID-19 patients. AP

"Please, wear a mask inside," it said in a perky voice. "I hope you recover as quickly as possible." Other messages include "I pray the spread of the disease is contained as soon as possible" and "Let's join our hearts and get through this together." Pepper is not the only robot at work in the hotel in the Ryogoku area of Tokyo. A cleaning robot with the latest in Artifial Intelligence has been deployed to clean several parts of the hotel, including riskier "red zone" areas where staff access is limited. 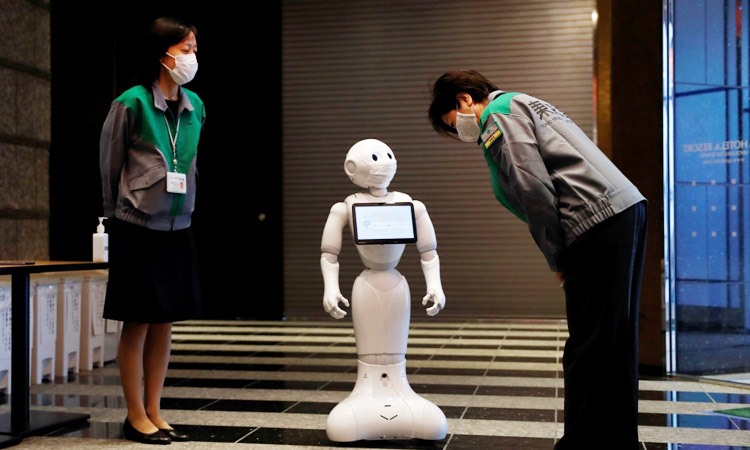 In an effort to reduce the burden on the medical system, Japan has secured more than 10,000 hotel rooms around the nation to put up patients with lighter symptoms, according to the Health Ministry.

The Ryogoku hotel, where patients will start checking in later on Friday, can accommodate about 300 people. Two nurses will be on hand around the clock, while a doctor will also be present during the day.

Japanese Prime Minister Shinzo Abe said on Friday that the coronavirus state of emergency that is scheduled to end next week will continue for roughly another month. 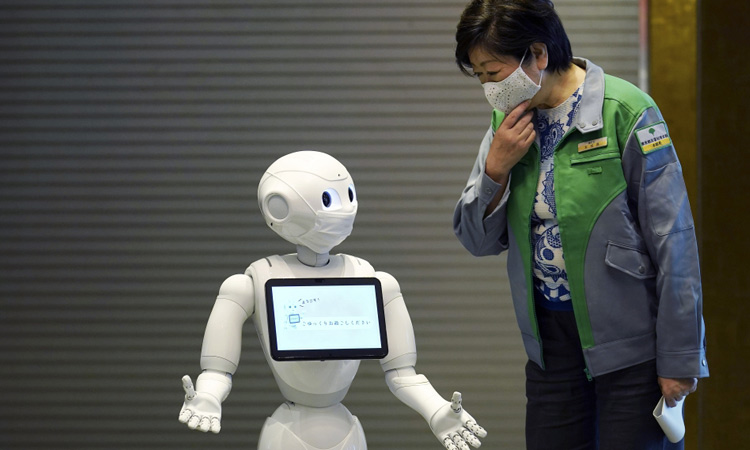 Abe, citing a report by a government task force, said the country's medical system is still under severe pressure even though Japan has averted an explosion of infections as occurred in many other countries.

"We still need you to continue cooperating, and that’s the experts’ view,” Abe said.

Shigeru Omi, deputy chair of the task force, said infections have not slowed as much as experts had hoped.

"If a resurgence occurs, medical systems will be quickly overburdened,” he said. Local officials should use the next few weeks to better prepare hospital beds, virus testing and other systems in case of a future rise in infections, he said..

The state of emergency is voluntary and only requests social distancing and remote work rather than orders that actions be taken. Health experts worry that the lack of urgency doesn't reflect the serious risk in a country with the world's oldest population.

Japan has confirmed 14,281 cases with 432 deaths, according to the health ministry. 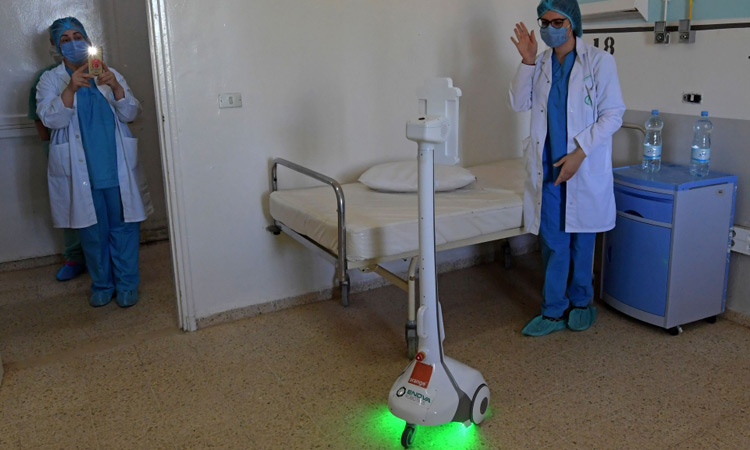 The tall, single-limbed machine is mounted on wheels and is capable of taking pulses and checking temperatures and blood oxygen levels.