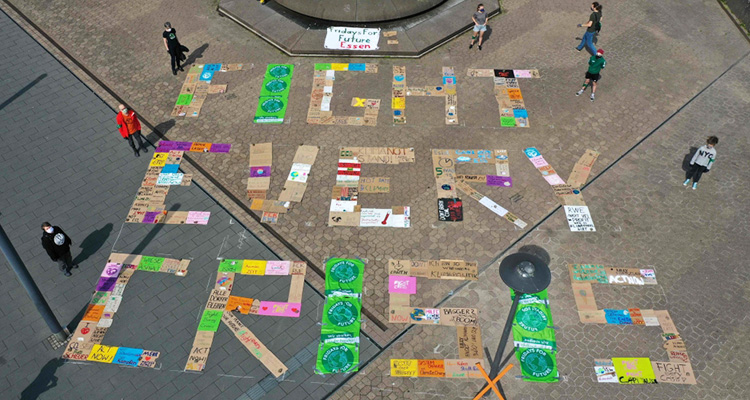 Instead of taking to the world's streets to demand climate action on Friday as planned before the coronavirus pandemic, young activists from about 20 countries took to Youtube in a 24-hour broadcast to share ideas on how to fight global warming.

In recent weeks, lockdown restrictions in many places have made it impossible for the Fridays For Future movement of young people to skip classes and march through cities or hold vigils outside government buildings in their usual Friday protests.

As a substitute, they have been posting photos of themselves at home with their banners and placards, using hashtags such as #DigitalStrike and #FightEveryCrisis. 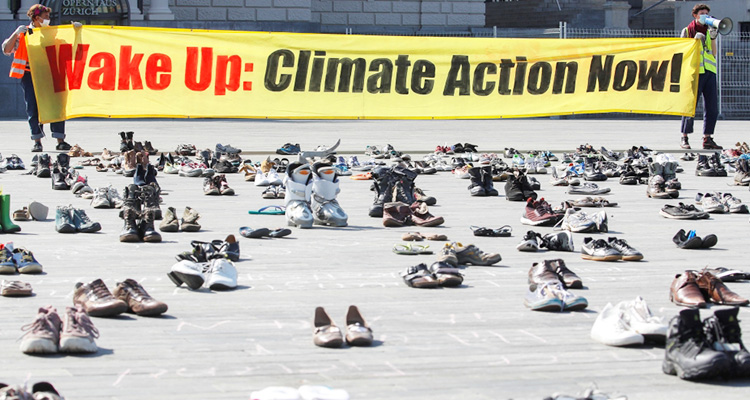 They have also participated in webinars and video discussions to boost awareness and knowledge about tackling climate change.

On Wednesday, Greta Thunberg, 17, the Swedish founder of Fridays for Future, told an Earth Day event she did not think the global climate movement would "lose time" because of the COVID-19 health "tragedy", which has caused the cancellation and postponement of key demonstrations, gatherings and U.N. talks.

Asked how individuals could do their bit to keep pressing for a greener world, she urged listeners to start with informing themselves and trying to understand the "climate crisis", and talking to others about it to shape public opinion. 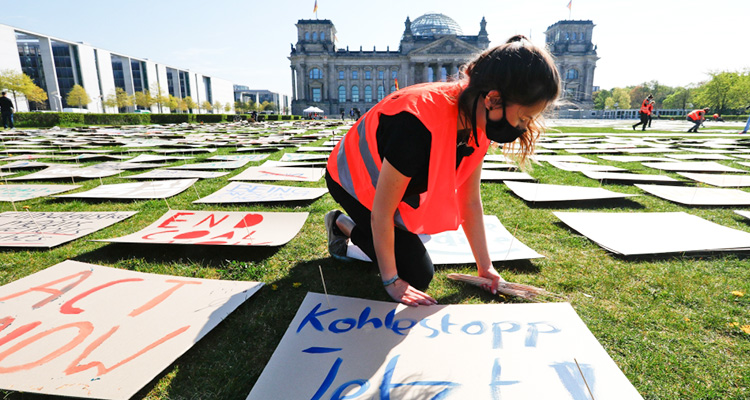 Young people did exactly that on Friday, with hundreds tuning into a YouTube livestream to watch their peers from Australia, Syria, Pakistan, Kenya, Israel, Poland and Brazil, among other countries, discussing their experiences.

They chewed over potential ways to create a more sustainable world, from restoring forests to switching to clean energy, and better protecting wildlife to avert the spread of animal-carried viruses like COVID-19 to humans.

Caroline Danaher from Australia said she had watched on and off all day.

In a statement on Friday's global digital actions, international climate campaign 350.org - which has supported young people's efforts - said youth strikers were seeking "a just recovery from the pandemic that puts people and the planet over profits". 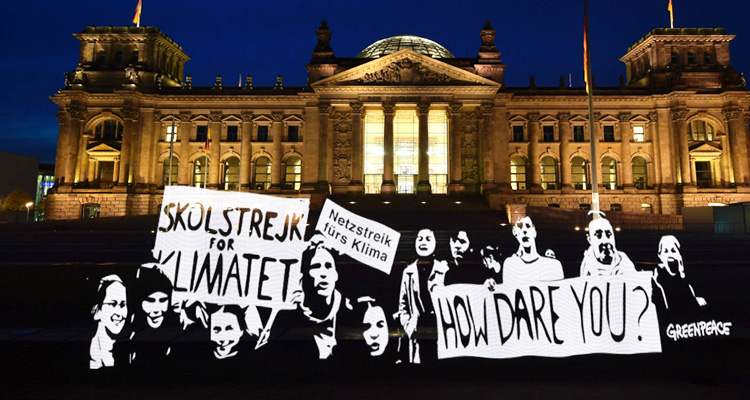 Greenpeace activists performs a light painting as a sign for the climate day in Berlin.

In Russia, where street protests are difficult even without coronavirus restrictions, young activists were posting art and photos of themselves at home with the hashtag #ClimateStrikeOnline, and using the video app TikTok.

In the south Pacific island state of Vanuatu, battered by Cyclone Harold this month, Fridays For Future members were asked to film and record messages to send to local TV and radio channels to play during commercial breaks.

The German branch of the movement created a giant art piece by laying out thousands of protest signs on the grass in front of the national parliament building.