Photos of people dressing up in costumes to take the bins out during the coronavirus lockdown, trends on social media - GulfToday 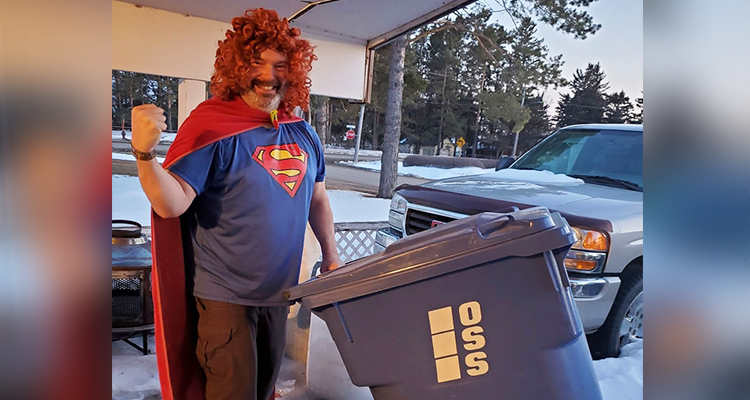 Sean Leland poses for a photo taken by his wife Christine Leland as he takes out the rubbish bins.

Wearing evening gowns, a teddy-bear costume or full cosplay, thousands are using the garden path as a catwalk to show off the fruits of ample time spent in isolation.

"As crazy as I feel dressing up at home, it's the only thing keeping me sane during isolation. Wheeling my bin out in style helps me feel happy again," said Victoria Anthony, 30, a DJ who lives in Sydney.

Anthony, who posted a photo of herself in a cocktail dress on Instagram under the hashtag #BinIsolationOuting, said all her gigs had been cancelled because of the pandemic, which has sparked enforced stay-at-home orders affecting billions across the world. 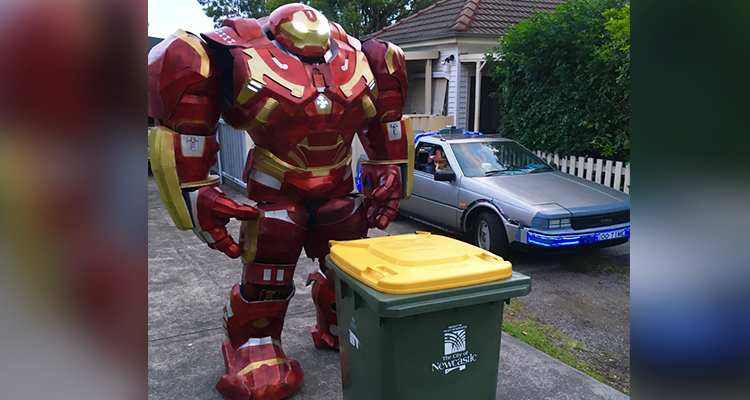 Simon Wait posing for a photo taken by his wife Melanie Wait as he takes out the rubbish bin.

The trend began in Australia but has inspired jokey posts from as far as Texas, the UK and the Netherlands.

Bus driver Stuart Cunningham, from Glasgow in Scotland, posted a picture of himself taking out the bins in a kilt with a bottle of whisky.

And Christine Leland shared a photo of her husband wheeling a bin through the Canadian snow in a superman T-shirt, wig and red towel for a cape.

Others have gone all-out with horror clown outfits or whole-body suits made to look like characters from sci-fi series, from Star Wars to Gundam.

For Simon Wait, an Australian superhero fanatic who has built "dozens of costumes and props" over the last decade, bin night was the perfect occasion to don his huge, eight-foot (2.5-metre) tall Hulkbuster outfit. 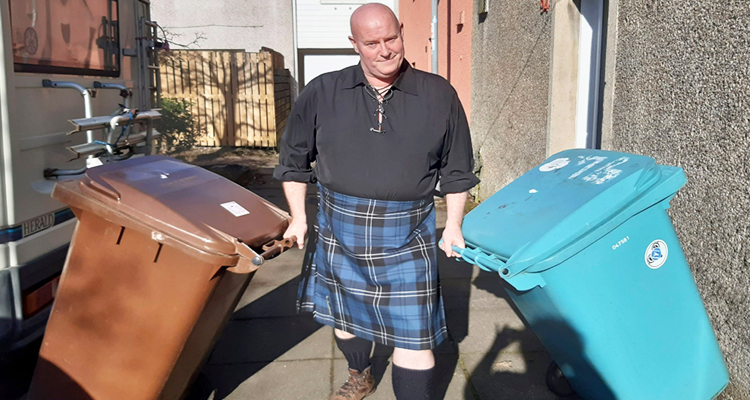 Stuart Cunningham poses in a photo taken by his wife in a kilt as he takes out the rubbish bins in Glasgow.

It all began when Danielle Askew, a kindergarten teacher from Hervey Bay in the Australian state of Queensland, started a dedicated Facebook group that has now grown to 470,000 members.

"A friend put a post up on her Facebook page saying that she was excited it was garbage night and she gets to go out," the 47-year-old told a section of the media.

"I dared her to dress up to take it out and she said she would take that challenge. I said I would too, and I'd make a Facebook group for us to laugh at, to have a giggle at each other."

Askew said she was happy to have "cheered so many people up" and had received messages from users saying they were feeling depressed or scared about the virus, but that looking at her page had made them smile.

"There are just so many wonderful, creative people out there," she said. 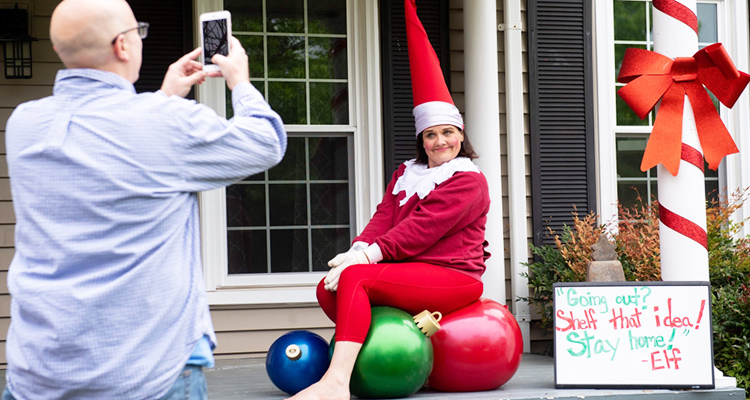 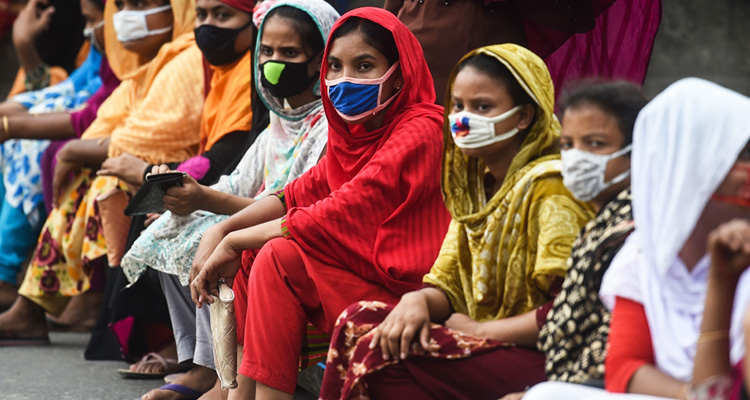 One day Parvin was toiling to meet the fast-fashion demands of European capitals, the next she was among hundreds of thousands of Bangladeshi clothes workers made instantly jobless as the coronavirus pandemic struck.