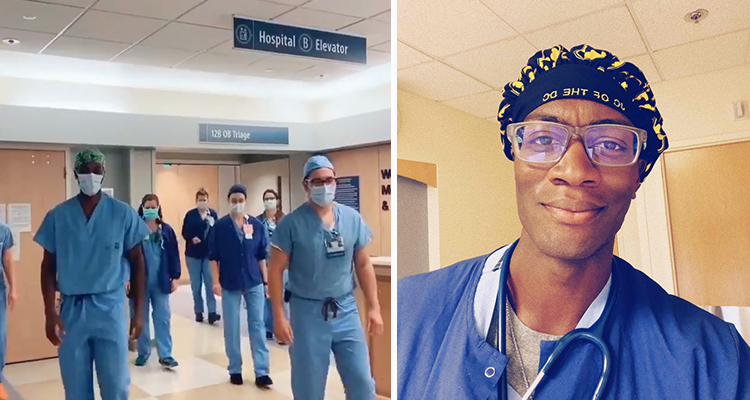 Combo photo shows Dr. Jason Campbell and a screenshot of his video.

A US doctor's dance videos posted on social media have proven just the right medicine for hundreds of thousands of people, including health care workers, who are cheering him on for lifting their spirits during the coronavirus pandemic.

Dubbed "Tik Tok Doc" after the popular short-form video app, Dr. Jason Campbell has taken the Internet by storm with clips featuring him and colleagues doing the "corona foot shake," "the cha-cha slide" and other dance moves.

The 31-year-old anesthesia resident physician at Oregon Health & Science University Hospital told a section of the media he has been overwhelmed by the positive response, including from health care workers in New York, the country's epicenter of the COVID-19 pandemic.

"When you're in medicine, you see a lot of serious, sad things all the time," Campbell said. "And so we too need a way to remain human, stay sane and a chance to just smile or laugh, even if it's just five minutes out of a 12-hour day."

Campbell said he initially began posting the videos to encourage teens, especially African-American youths, to pursue their dreams and know that they too could become physicians.

The clips, however, quickly went viral, resonating with a much wider audience clearly in need of cheering up during these dark times. His "corona foot shake" video alone has been watched four million times.

"I got a message today (Friday) from someone who said his wife was a cardiologist working with COVID-19 response teams and found the videos so refreshing," Campbell said.

Another message came from a lung cancer patient who thanked him for making his quarantine more bearable.

"The overwhelming response has been, 'Hey, I work in New York City and I love seeing your video after my long day,'" Campbell said. "Others say, 'Hey, my family member has the virus and we watch these videos together while they recover.'" 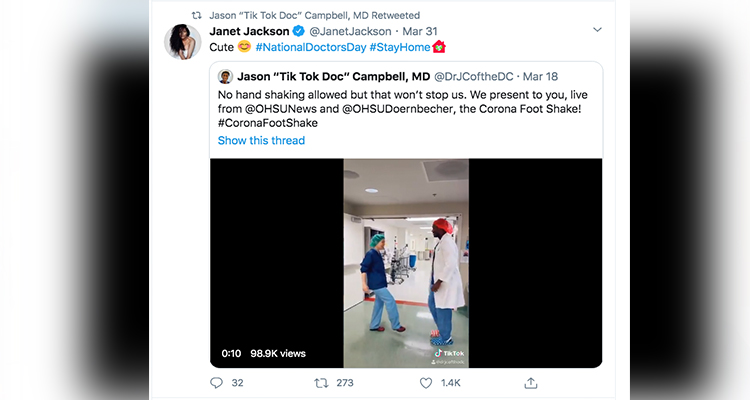 Campbell said fellow doctors and nurses at the hospital in Portland were initially reluctant to appear in the videos, but after seeing the positive reactions have joined in the fun.

Hospital officials have applauded the initiative.

"Dr. Campbell's energy and charisma is infectious," said Dr. Renee Edwards, the hospital's chief medical officer. "A skilled physician, he's found a unique way to incorporate the power of positivity into his daily work, helping to lift the spirits of patients and co-workers alike."

The videos have been hailed by the state's governor and even caught the attention of popular recording artist Janet Jackson, who retweeted one of the doctor's TikToks.

Campbell, who has posted about a dozen videos since the beginning of March, said his next dance routine, currently being rehearsed, was in response to a special request from his co-workers' kids.

"It's going to be a slow-motion challenge with one of my colleague's daughter," he said. "It's multiple moves where you go slow at first then speed it up back to real time."

As for his plans once the pandemic is over, Campbell said he has no intention of stopping his dancing.

"The focus will remain on connecting with the black youth," he said. "And working to enhance diversity in medicine long-term." 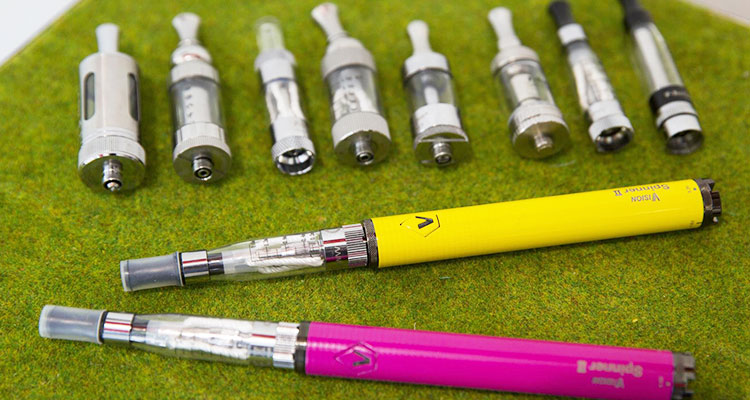 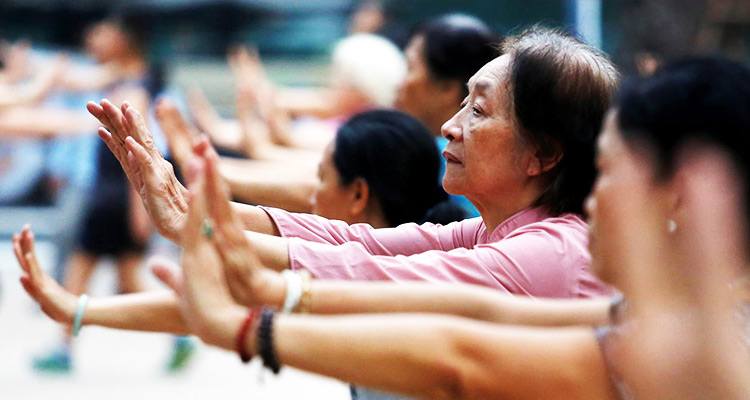 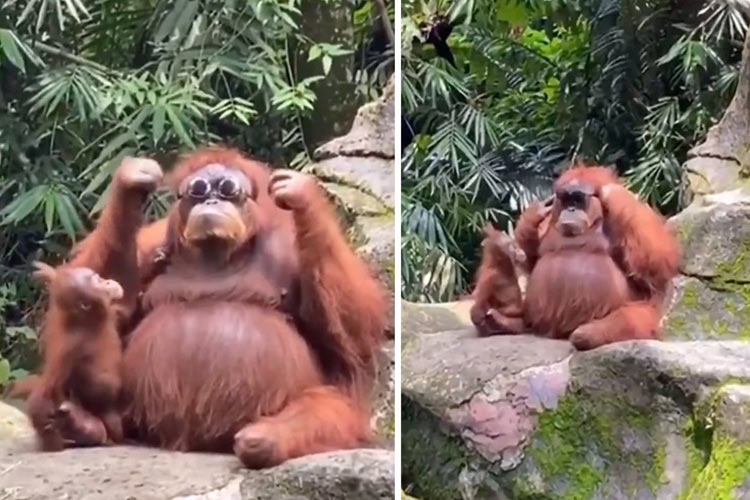 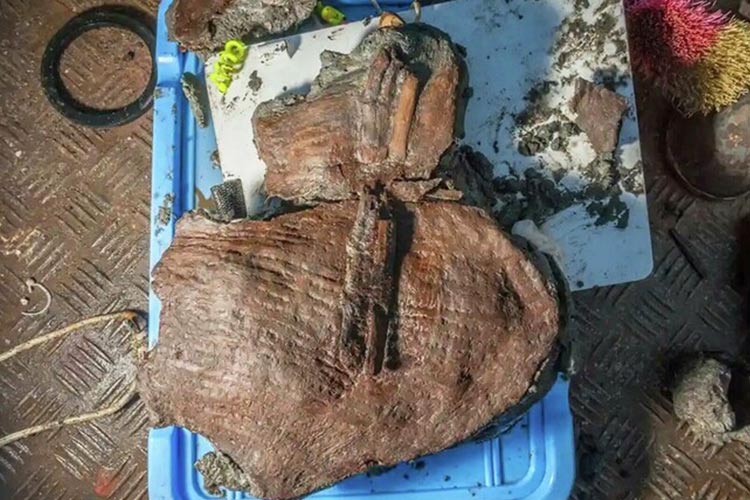 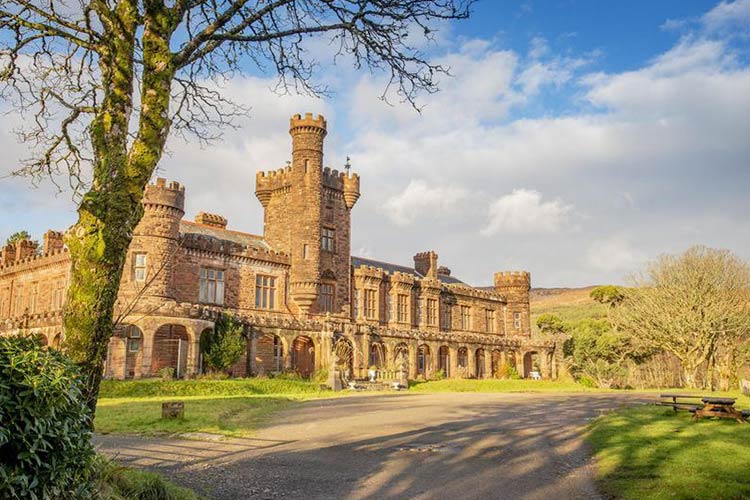