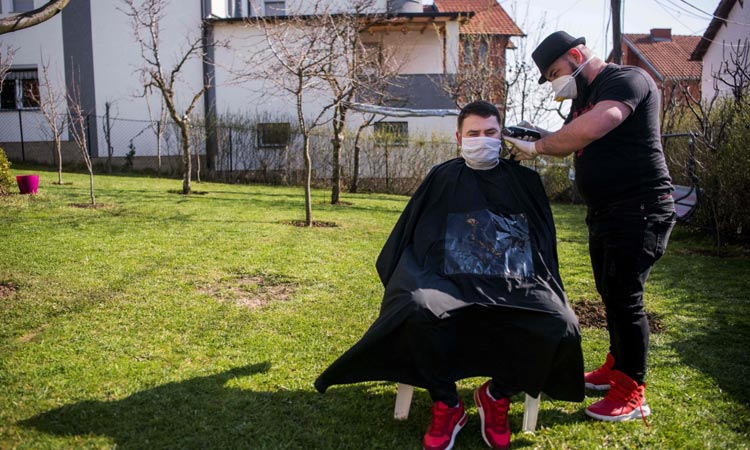 Hairdresser Driton Kameri (R) wears a face mask as he cuts the hair of a client in his garden in Pristina during the time of the COVID-19 pandemic. AFP

Equipped with a mask, gloves and tank of disinfectant spray, a popular Pristina barber has taken his show on the road to clip and coif clients who are stuck at home under coronavirus lockdown.

"People are in need," Driton Kameri, a 33-year-old with a scruffy beard and fedora told AFP, after gearing up for one of his home visits.

"You can shut down hairdressers but you cannot order hair not to grow. It needs to be cut regularly," he added. 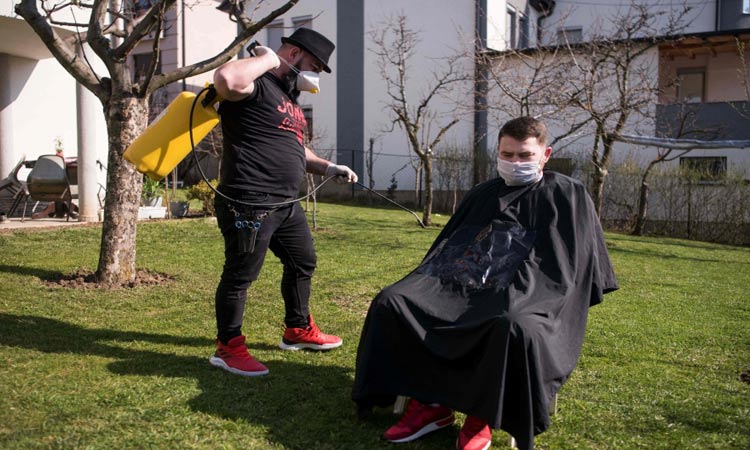 Driton Kameri disinfects a client ahead of a haircut in his garden. AFP

Like most other businesses in Pristina, Kameri's hair salon was closed under measures to halt the spread of the virus in Kosovo, where six people have died and more than 200 infections have been recorded.

"The virus has no legs. Please, do not give it any," the Institute for Public Health has begged, with warnings the country's health system could buckle under a major outbreak.

In the name of keeping up appearances, however, Kameri has decided to save his customers from attempts to buzz their own hair at home.

Now he is making house calls — though he does the trimming outdoors to minimise the risks. 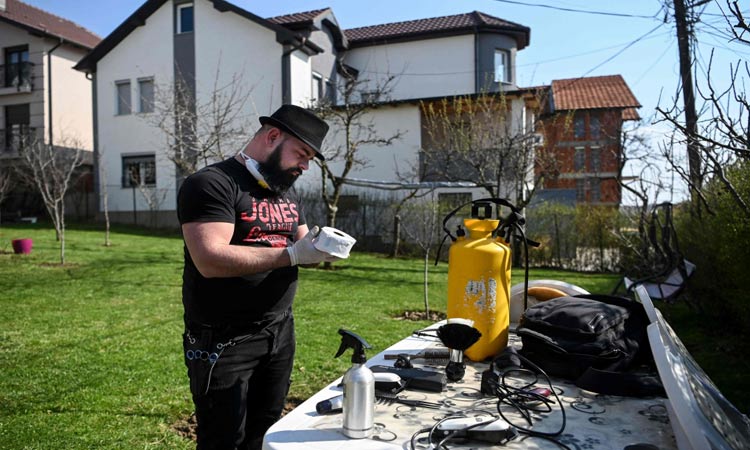 Driton Kameri prepares for a hair cut in the garden of a client. AFP

"I'm not going anywhere without disinfectants, my facemask and gloves. Before I take scissors and comb in my hand, I disinfect my clients completely from head to toe," he told AFP.

With more than 40,000 followers on Instagram, Kameri, known to clients as Toni, is something of a social media star in Kosovo and regularly posts pictures of his work on the platform. His new hashtag is "Just send the location."

The cuts cost his standard five-euro ($5.50) price, though retirees and others struggling financially get them for free, he said.

That type of solidarity with the poor has become common in Pristina during the virus turmoil, with one bakery also announcing that "customers who cannot afford to pay for bread would be given it for free."

"We will not leave you without bread," reads a sign posted on the window. 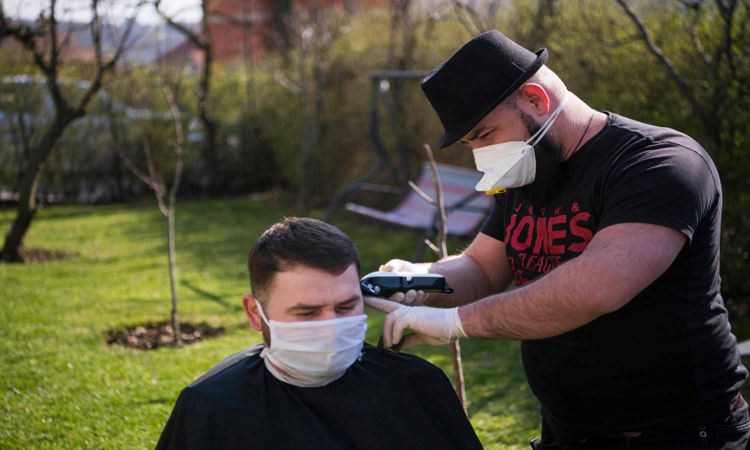 Driton Kameri  wears a face mask as he cuts the hair of a client in his garden. AFP

One local health official said he couldn't condone Kameri's new business model given that "a stay-at-home order is in force."

But the barber insists his visits are also a way to lighten up an otherwise gloomy time and fans online have welcomed the effort.

"I do it for people who do not dare to leave home, but also for fun," Kameri said.

"We have to relax a bit in this depressing situation."

Samir, 27, recently got an open-air haircut on his lawn.

"I like the idea," he said. "As long as this situation with the virus in our country and in the world goes on, why not?" 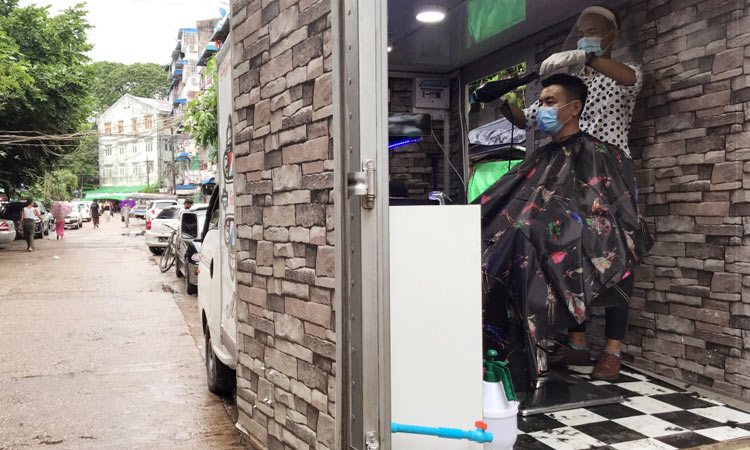 The truck was launched a month ago by a group of entrepreneurs in Yangon, Myanmar's biggest city, who are targeting clients concerned about being indoors or in a public place, where infection risks are higher.

Is it a good time to get a hair transplant in the winter?

Hair transplant surgery is a minimally invasive treatment that involves extracting hair roots from behind the scalp or other regions of the body. 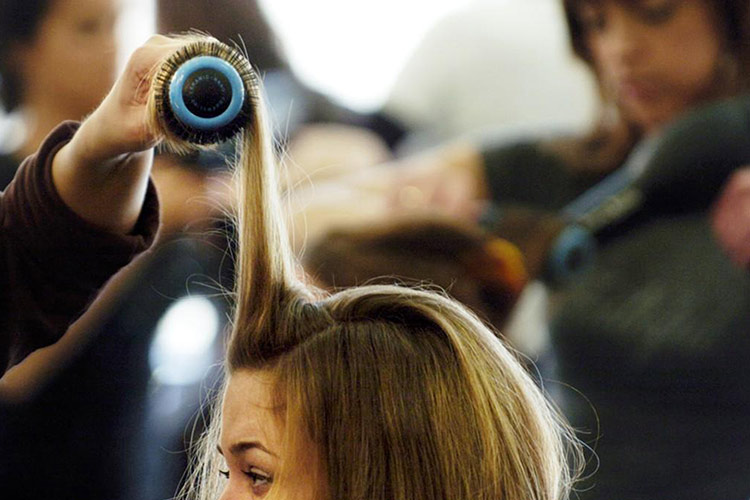 “A pre-wash bonding treatment like Olaplex No 3, which should be rinsed out before you shampoo, will rebuild those broken bonds and strengthen hair from within,” suggests Brisker.