Women fight for a place as sushi chefs in Japan - GulfToday

Women fight for a place as sushi chefs in Japan 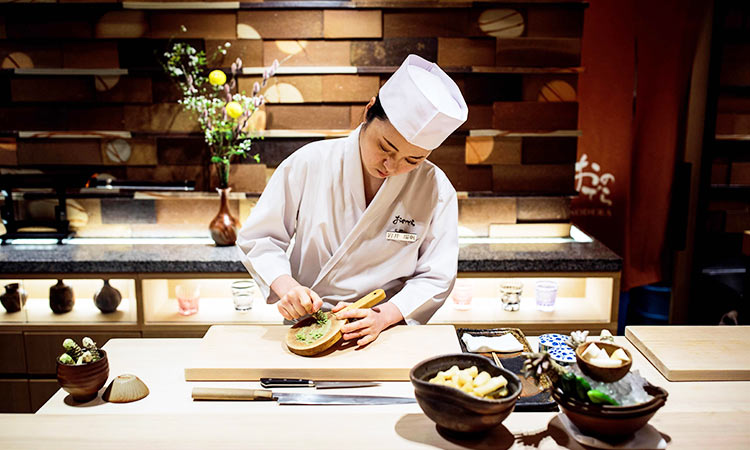 Women can't work long hours — just some of the claims from those in Japan who believe women can't be sushi chefs.

But a growing number of women in the country determined to shatter those myths are training and working as sushi chefs in some of Japan's most revered restaurants and institutions.

Mizuho Iwai is a trainee at the upscale Onodera restaurant in Tokyo's Ginza, a ritzy neighbourhood home to some of the world's top-ranked sushi restaurants.

In an industry where women are still rarely seen, she knew she would be an anomaly. 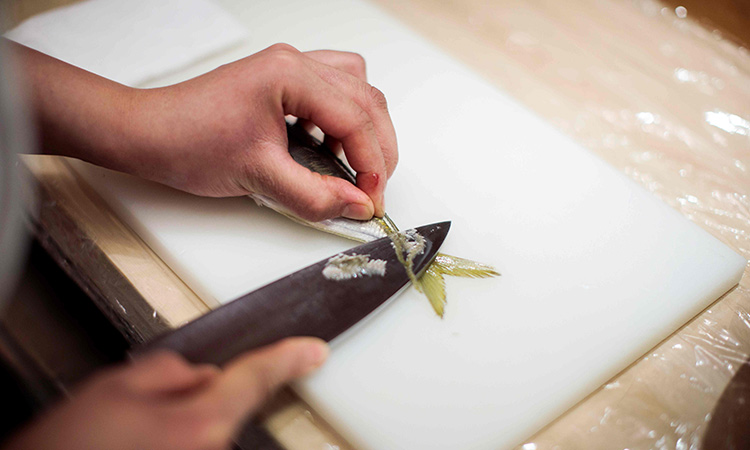 Fuka Sano, removes the fish bones while learning how to make sushi.

"I think there are a few (female) chefs but it's rare. But I wanted to challenge things because of that," the 33-year-old apprentice said.

"I thought: this is my mission."

And at Onodera, she's not totally alone, there was one other woman among the 10 apprentices training at the restaurant before it closed temporarily in April over the coronavirus outbreak. All 10 of the restaurant's chefs are men.

"My colleagues have accepted me," said Iwai, who decided to become a sushi chef after cooking in small Japanese restaurants.

The world of washoku, or Japanese cuisine, has long been dominated by men, more so than Italian or French cuisine, according to Fumimasa Murakami, a 54-year-old teacher at Tokyo sushi Academy, which was still running a scaled back schedule of classes in early April. 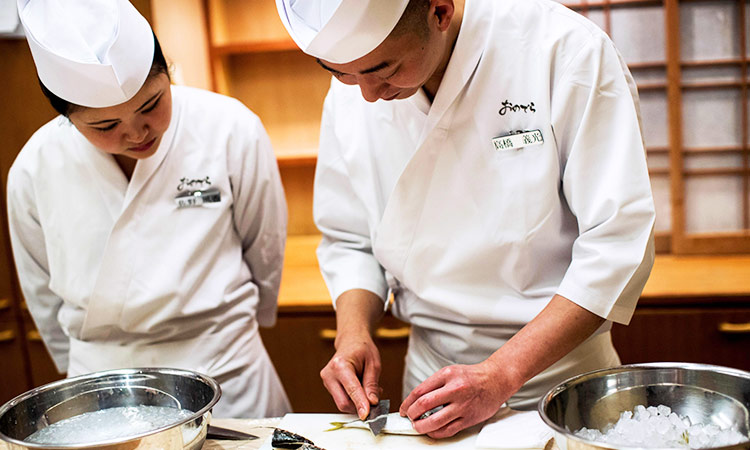 There is no official data on the gender breakdown of sushi chefs in Japan, but Murakami estimates women make up "less than 10 percent."

"(Resistance) against female chefs remains strong in Japanese cuisine, including sushi," he said.

"Customers who don't want a female chef at the counter do exist," he added.

"Older customers in particular have difficulty accepting it."

But even sushi chefs have been known to repeat claims that women's hands are too warm to keep raw fish fresh. 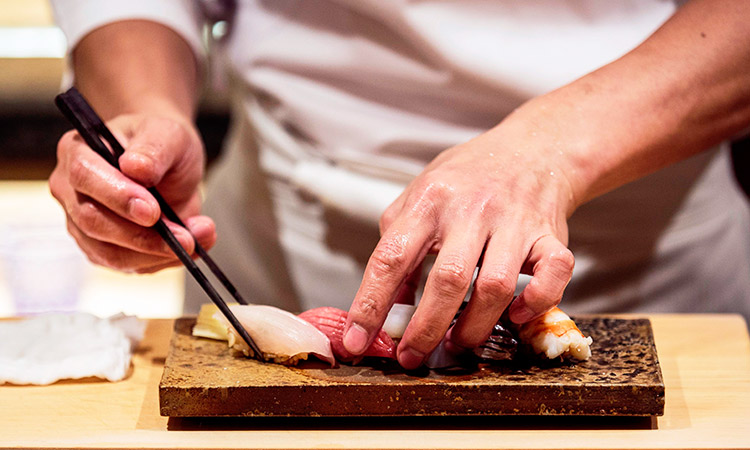 Others say the job is unsuitable for women because of the long and late hours.

"In Japan, it is still strongly believed that it is women who take care of family. But sushi chefs work in the evening so it's difficult for women," said Yuki Noguchi, a 32-year-old former primary school teacher who finished her eight-month sushi chef training at the academy in December.

"That's why I think the number of women who want to become a sushi chef is small in the first place," she said.

"I think women need a lot of courage to jump in," the 46-year-old said. 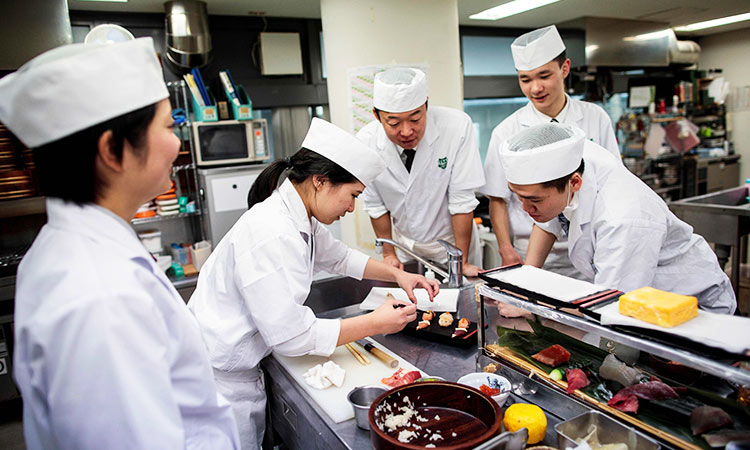 Sakagami started as an apprentice more than 30 years ago in the northern city of Sapporo, when female chefs and trainees were essentially non-existent.

"When I joined the industry, the working conditions in the washoku world were tough," he said, as he showed Iwai how to thinly slice tuna and taught her how to properly peel freshly steamed shrimp.

"It was long working hours with low pay. It was physically tough."

"But the work environment is changing along with other changes in society. I think it's getting better for both men and women," he said.

Fuka Sano, the other female apprentice at Onodera, said she didn't think too much about the lack of women in the field when she decided to become a sushi chef.

"I guess women think a sushi chef is a man's job because there are so few women," the 18-year-old said.

But she was determined to enter the profession, after a formative trip to London.

Sano wants her food to be judged on its own merits, without regard for her gender.

"I want them to come (to the restaurant) for food," she said, not "because I'm a woman."

Her fellow apprentice Iwai hopes women like her are helping change the industry.

"It doesn't matter whether the chef is a man or woman," she said.

"I hope the fixed image will disappear and there will be more options for women."