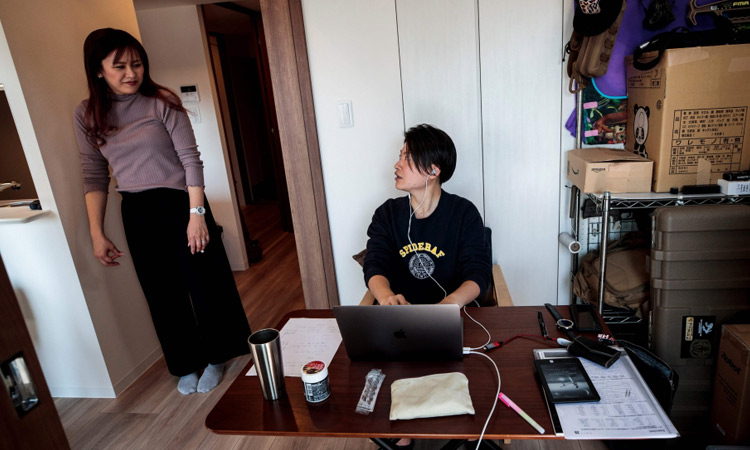 An employee in a start-up company chats with his wife while working from home. AFP

Malaysian authorities have advised women to wear make-up, not to nag their husbands and speak with a cartoon character's soothing voice during the virus lockdown, sparking a flood of mockery online.

Later the Malaysia's government apologised after its advice for women to wear make-up and not nag their husbands during the country's coronavirus lockdown. 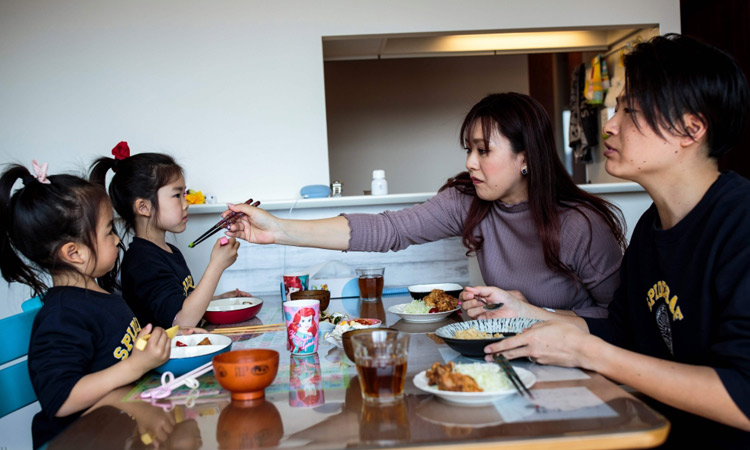 An employee in a start-up company, who works from home, have lunch with his family. AFP

Malaysia’s women’s affairs ministry issued advice on how to avoid domestic conflicts during the partial lockdown, which began on March 18, with a series of online posters with the hashtag translating as #WomenPreventCOVID19.

One of the campaign posters depicted a man sitting on a sofa and asked women to refrain from being “sarcastic” if they needed help with household chores.

One post — now deleted — showed a picture of a couple hanging up clothes together next to a caption that advised women to “avoid nagging” their husbands and to imitate the squeaky voice of Doraemon, a blue robot cat from Japan that is hugely popular across Asia.

The ministry also urged women to dress up and wear makeup while working from home. 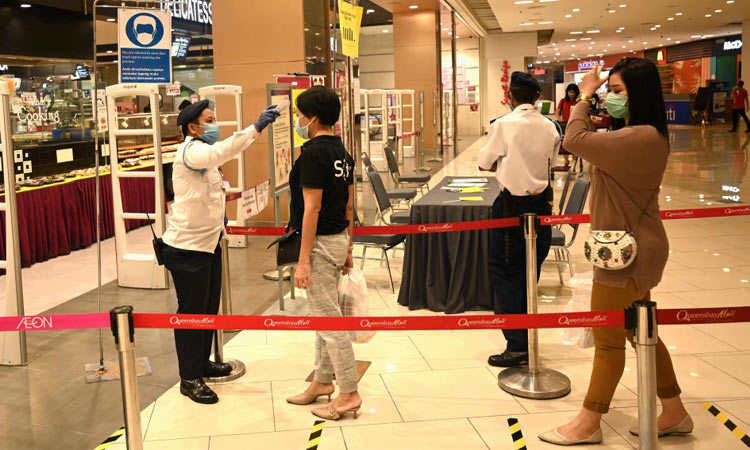 A security guard checks the temperatures of customers arriving at a supermarket in Malaysia.  AFP

Social media lit up with anger and disbelief at the posts, with one netizen asking “how will dressing up and putting on make-up at home (prevent) COVID-19? Pray, tell?”

“We apologise if some of the tips we shared were inappropriate and touched on the sensitivities of some parties,” the ministry’s women development department said in a statement.

But it insisted the suggestions were merely aimed at “maintaining positive relationships among family members during the period they are working from home”.
The apology came after the online posters sparked a public outcry. The posters have since been removed. 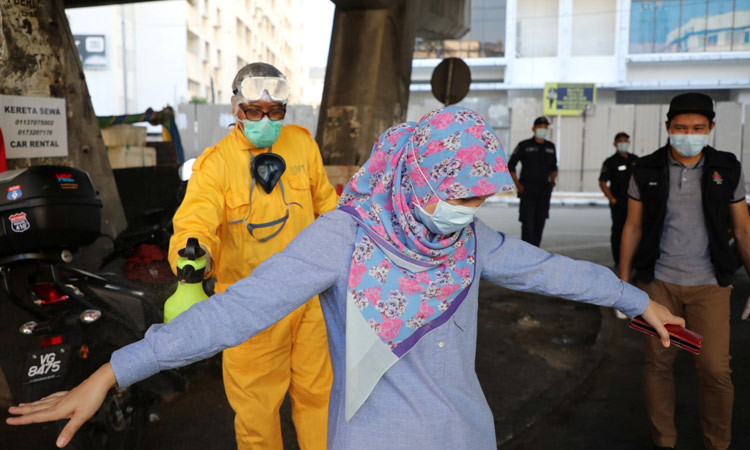 A worker sprays disinfectant on a woman in Kuala Lumpur. Reuters

“(It) is extremely condescending both to women and men,” said Nisha Sabanayagam, a manager at All Women’s Action Society, a Malaysian advocacy group.
“These posters promote the concept of gender inequality and perpetuate the concept of patriarchy,” she told media by phone.

A government hotline that helps domestic abuse victims and vulnerable children has received nearly 2,000 calls - more than doubled the usual numbers - since the start of the partial lockdown, local media reported.

“How did we go from preventing baby dumping, fighting domestic violence to some sad variant of the Obedient Wives Club?” Twitter user @yinshaoloong wrote before the apology.

“No tips on how to deal with domestic violence?” asked another user @honeyean.

Women’s groups have warned lockdowns could see a rise in domestic violence, with women trapped with their abusers. Some governments have stepped up response, including in France which offers hotel rooms to victims.

Malaysia is ranked 104 out of 153 countries in the latest World Economic Forum’s Global Gender Gap index, after scoring poorly on political empowerment and economic participation. 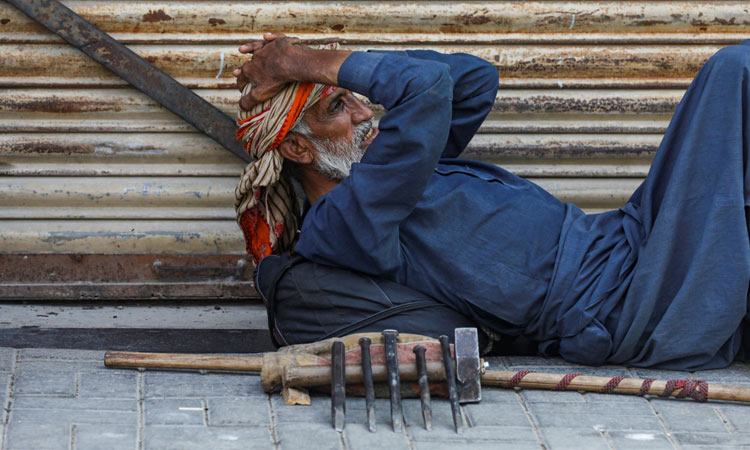 Pakistan extends lockdown by 15 more days till May 9: Minister

The Pakistan Medical Association (PMA) and World Health Organisation (WHO) have urged the Pakistan government and state institutions to enforce complete lockdown to stop the spread of coronavirus in the country. 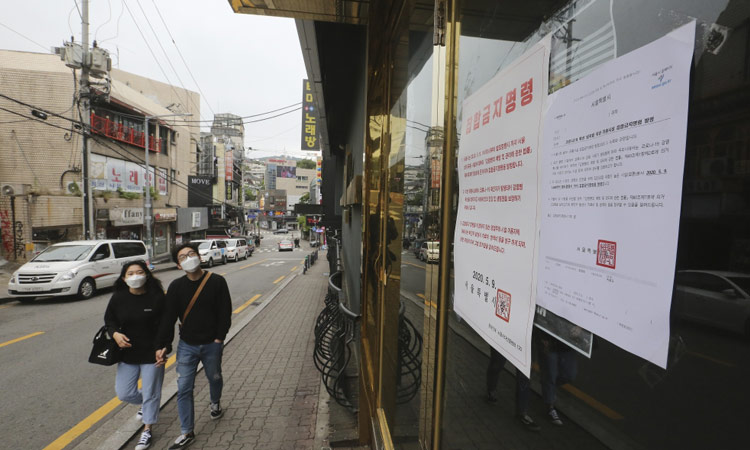 South Korean President Moon Jae-in said on Sunday the new cluster had "raised awareness that even during the stabilisation phase, similar situations can arise again anytime."