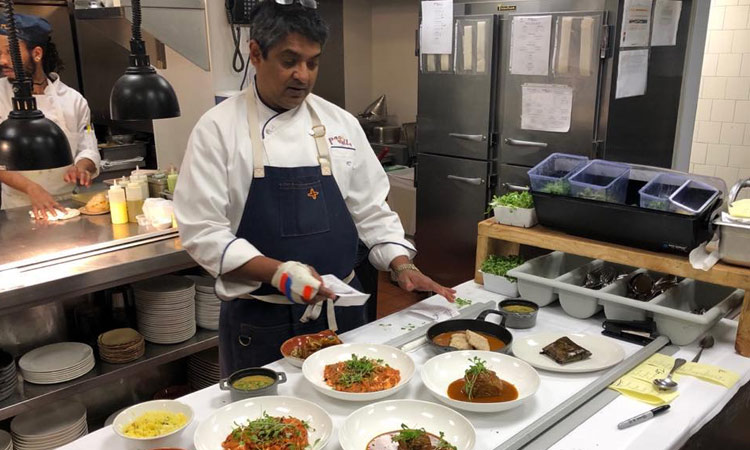 The 'Top Chef Masters' winner was known for melding falvours and spices of his homelands into western techniques.

Chef Floyd Cardoz, who competed on "Top Chef,” won "Top Chef Masters” and operated successful restaurants in both India and New York, died on Wednesday of complications from the coronavirus, his company said in a statement. He was 59.

Cardoz had travelled from Mumbai to New York through Frankfurt, Germany, on March 8. He was admitted a week ago to Mountainside Medical Centre in Montclair, New Jersey, with a fever and subsequently tested positive for Covid-19, the statement said. 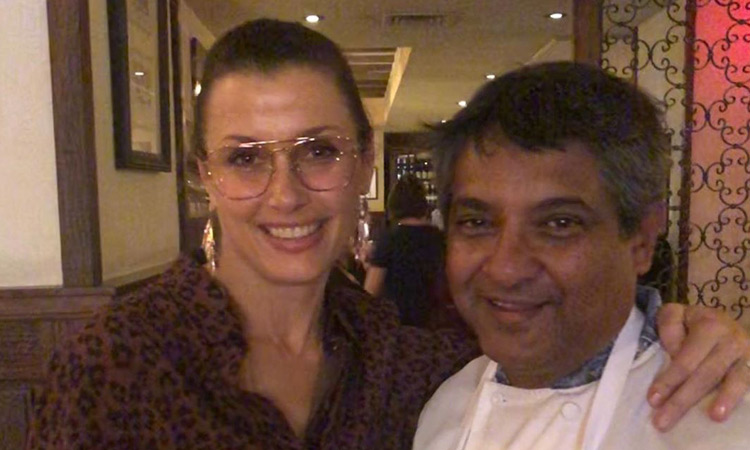 Floyd Cardoz's death was mourned by famous friends in both the restaurant and television industries.

The committed advocate of making the food industry more sustainable began his hospitality training in his native Mumbai, formerly known as Bombay. He later moved to Switzerland, where he honed his skills in French, Italian and Indian cuisine before moving on to the kitchens of New York City.

He was a partner in Bombay Sweet Shop, O Pedro and The Bombay Canteen in India at the time of his death.

The Indian-American partnered with famed restaurateur Danny Meyer's Union Square Hospitality Group to open Tabla in 1997. The Manhattan spot was praised by critics. It closed in 2010.

Cardoz's death was mourned by famous friends in both the restaurant and television industries.

"Love you so much @Floydcardoz,” Meyer tweeted, calling him a "beautiful human being.”

The two worked together for 17 years. At Tabla, they celebrated Cardoz's new Indian cuisine that melded the sensual flavors and spices of his homeland with Western techniques.

Padma Lakshmi, host of the Bravo cooking competition series "Top Chef,” praised the success of Tabla and offered condolences to Cardoz's loved ones, including his wife and business partner, Barkha.

"He had an impish smile, an innate need to make those around him happy, and a delicious touch,” Lakshmi tweeted.

The Twitter account for "Top Chef” offered condolences and called Cardoz an "inspiration to chefs around the world.”

In 2011, Cardoz competed in and won Season 3 of "Top Chef Masters.” He used his $110,000 in winnings to support the Young Scientist Cancer Research Fund at New York’s Mount Sinai School of Medicine.

The now-independent foundation, referred to as the Young Scientist Foundation, enables high school and college students to work alongside accomplished researchers to develop new treatments for diseases, according to a spokesperson for Cardoz's company. It was a central focus of his charity work.

In addition to Tabla, Cardoz and Meyer partnered in 2012 on North End Grill, a Battery Park City staple that was a downtown Manhattan favorite until its closing in 2018. In addition to his work with Meyer, Cardoz partnered with Sameer Seth and Yash Bhanage in Hunger Inc. Hospitality starting in 2015.

Cardoz was a four-time James Beard Award nominee. He was the author of two cookbooks, "Once Spice, Two Spice” and "Flavorwalla.” In 2008, he launched a line of ready to cook entrees in collaboration with the online grocer Fresh Direct.