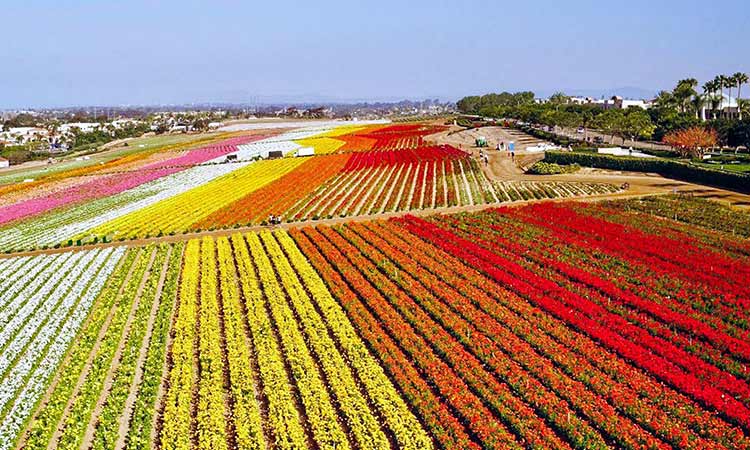 Every year, Carlsbad hosts more than 4 million visitors, thanks, in part, to its Legoland California theme park, its golf courses and resorts, its seven miles of beaches and The Flower Fields, which opened March 1 for the spring season.

Because the flowers are such a boon for drawing tourists — an estimated 650,000 arrive in the city every spring — city and tourism officials are hosting a series of events this spring to encourage them to stay a bit longer and spend a little more.

Beginning April 9, Visit Carlsbad kicks off its fourth annual Petal to Plate promotion, a 10-day program of dining events and classes that runs through April 19. During that time, several Carlsbad hotels, spas, restaurants and its new Windmill Food Hall will be offering flower-infused and -inspired dining and drink specials and spa services.

Petal to Plate was inspired by the popular 50-acre Flower Fields attraction, which features colourful bands of Giant Tecolote ranunculus flowers in bloom along Paseo del Norte between Cannon and Palomar Airport roads. The fields usually reach their peak of season around April 1 and remain open through May 12. 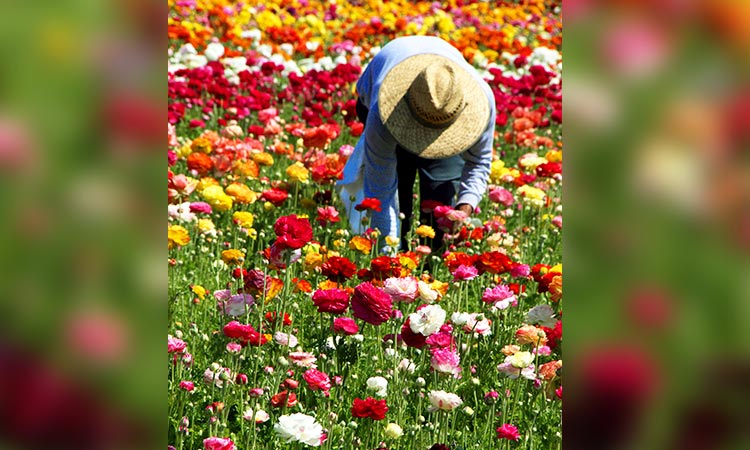 A worker picks blooms for shipment in The Flower Fields in Carlsbad. TNS

Mark Rudyk, director of marketing and communications for Visit Carlsbad, said the idea behind Petal to Plate is to create reasons for Flower Fields day-trippers from San Diego, Orange, Los Angeles, Riverside and San Bernardino counties to consider an overnight stay at a Carlsbad hotel. April is traditionally a slower time for tourism, so Rudyk said the city wants to capitalise on capturing more of those short-term visitors’ dollars during the peak bloom period.

“We want to showcase this unique gem that only Carlsbad has here in the San Diego region, which is the Flower Fields. They’re a big draw for tourism. People come from all over just to experience that,” he said. “(But) we definitely want to get the word out on more than just the Flower Fields.” 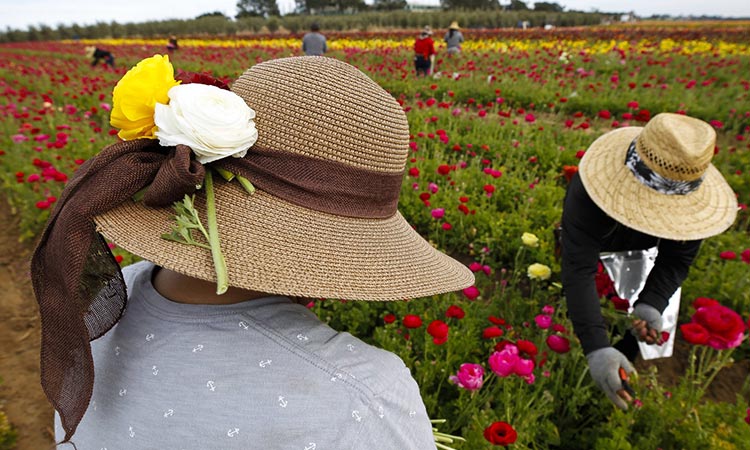 Workers pick flowers on the opening day of The Flower Fields in Carlsbad. TNS

This year, several new Carlsbad hospitality businesses will be taking part in Petal to Plate, including the Windmill Food Hall, which opened near the Flower Fields in September; and Toast Gastrobrunch restaurant, located just across Interstate-5 from the fields; and GelatoLove, which is a few miles east of the fields. Also new to the promotion is The Cassara Carlsbad, a just-opened Hilton Tapestry Collection upscale hotel, which has taken over a portion of the adjacent Grand Pacific Palisades Resort & Hotel that overlooks the Flower Fields.

The Windmill Food Hall will feature several floral-inspired cocktails and food items at its bar and at its food booths, including a chicken “floral bouquet” wing deal at Cross Street Chicken, yum rose salad and butterfly pea tea at Thai Style and rose strawberry iced mocha at Mesteeso.

“Windmill Food Hall has been great for tourism and for people in the surrounding areas. I’ve heard nothing but good things,” Rudyk said. “It has added a great component that wasn’t there previously, a multicultural food destination.” 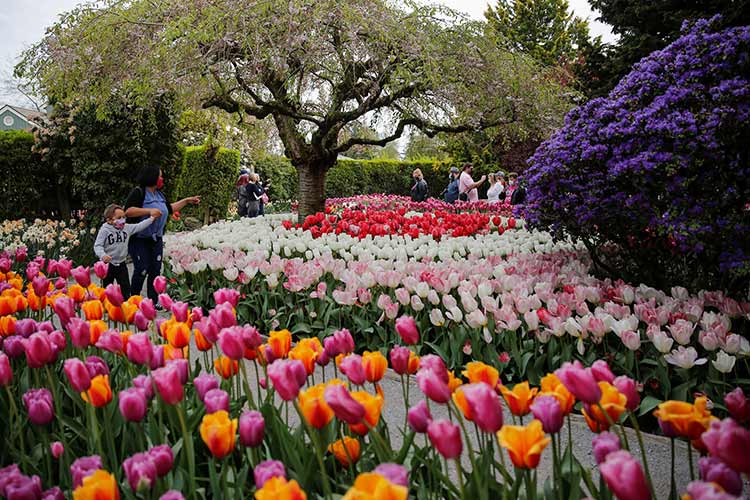 In pandemic times, when so much goes against the grain, some beauties of nature are no longer embraced but kept at bay. 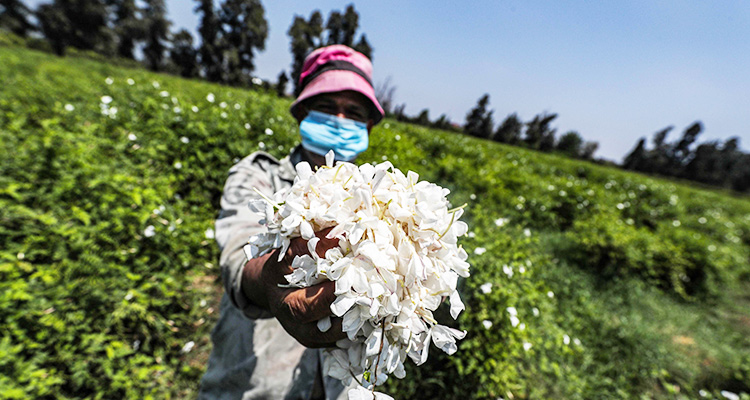