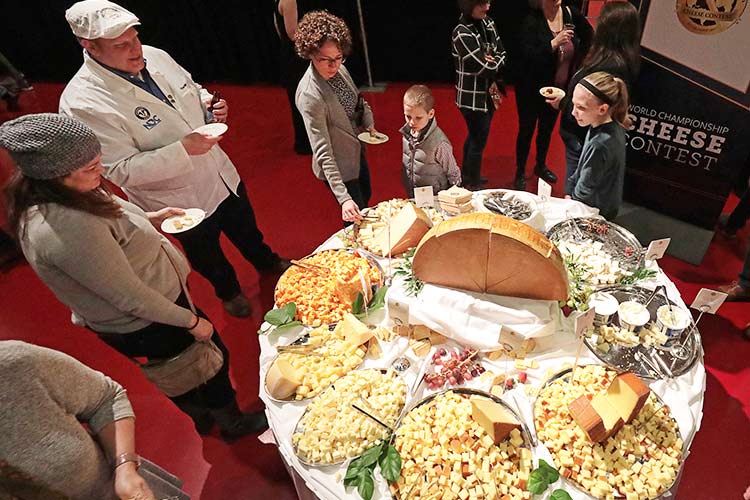 Visitors to the Cheese Champion event sample offerings from an array of international producers during the gathering. AP

A gruyere from Switzerland has been named the world's best cheese, chosen from a record number of entrants from 26 nations in the World Championship Cheese Contest in Wisconsin.

The cheese from Bern, Switzerland made its maker, Michael Spycher of Mountain Dairy Fritzenhaus, a two-time winner. Spycher also won in 2008.

Another product from Switzerland, a hard cheese made from cow’s milk called Gallus Grand CRU and made by Hardegger Kase AG, was runner-up Thursday, the Wisconsin State Journal reported.

The contest is the largest technical cheese, butter and yogurt competition in the world and started Tuesday in Madison with a record 3,667 entries. 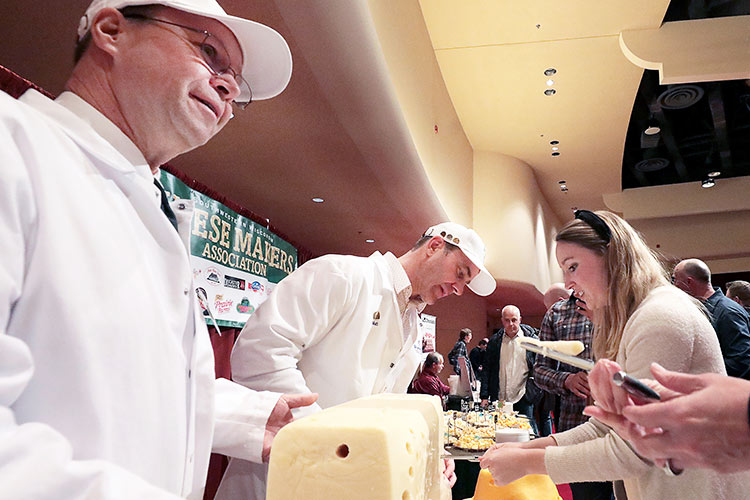 Judges in the World Championship Cheese Contest, show visitors  how to pull and sample.

The 55 judges taste, sniff and inspect the 132 classes of dairy products during the biennial contest. The judges include cheese graders, cheese buyers, dairy science professors, and researchers from 19 nations and 14 states.

The last time the competition was held in 2018, a hard sheep's milk cheese called Esquirrou made in France at Mauleon Fromagerie won top honors. It is imported by Savencia cheese USA.

One judge and 30 people from a Japanese university could not attend because the university didn’t allow international travel due to the new coronavirus, organizers said.

Three Wisconsin cheeses were finalists. A smoked Gouda with cumin from Marieke Gouda of Thorp, a gorgonzola from Emmi Roth of Seymour and a cheddar from Maple Leaf cheesemakers of Monroe all made the top 20.