Behind the scenes: Gucci displays latest collection backstage at the Milan Fashion Week 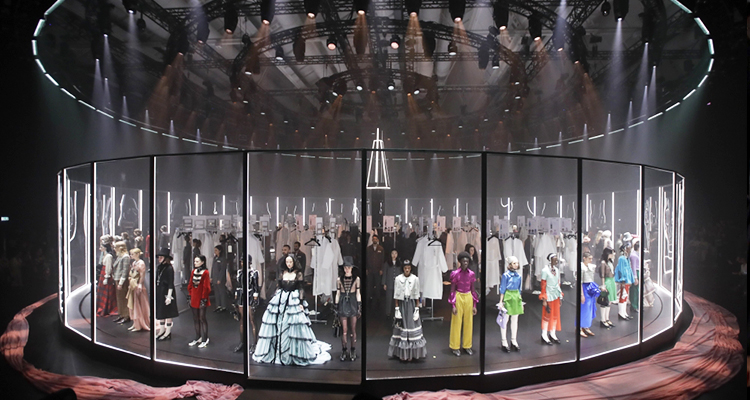 Models were dressed in robes and slippers and designers worked on their desks as guests walked in to view the latest collection by Gucci, backstage.

Gucci designer Alessandro Michele took his audience behind the scenes as he revealed his latest collection on the first full day of Milan fashion Week on Wednesday. 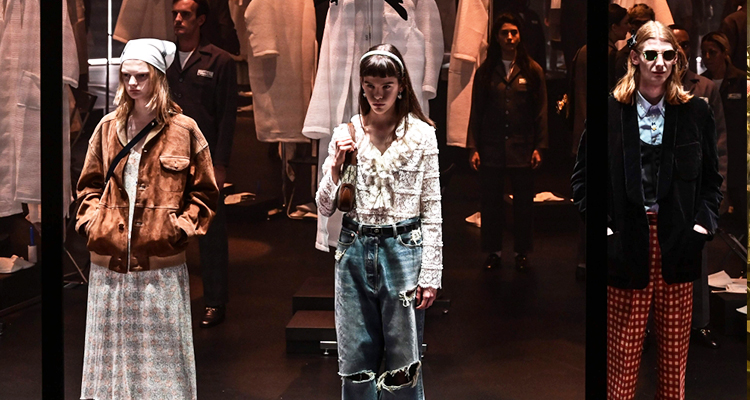 Spectators took their seats and the models paraded onto a revolving stage in their robes and slippers.

Guests entered the Gucci headquarters in the outskirts of Milan through a backstage area, walking past desks where uniformed stylists worked on models' hair and makeup.

As spectators took their seats, the models paraded onto a revolving stage in their robes and slippers.

Set to the sounds of Ravel's "Bolero" and shrouded in smoke, the theatrical spectacle saw models getting dressed between clothing racks on the spinning stage, with assistants helping them into the Gucci Fall/Winter 2020 designs before they transformed into mannequins in a rotating shop window. 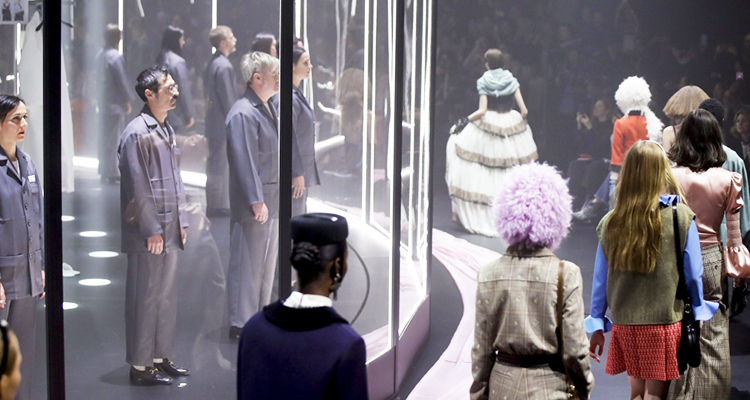 As the show drew to an end, uniformed dressers replaced the models behind the glass screens, receiving applause from the audience.

"I decided to unveil what lies behind the curtains. May the miracle of skilful hands and holding breath come out of the shadows," Michele said in the handwritten show notes. 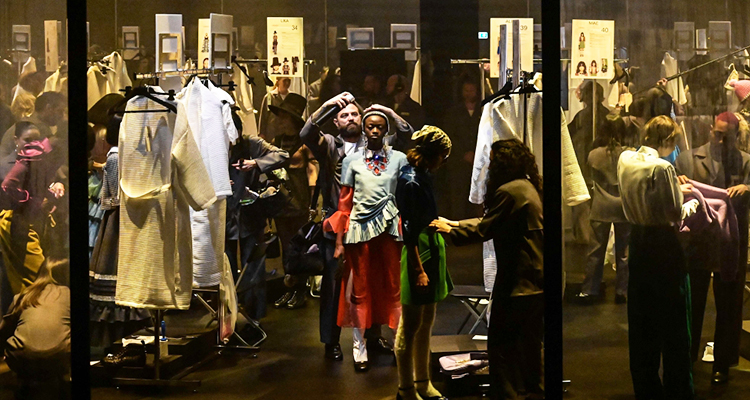 Gucci designer Alessandro Michele took his audience behind the scenes as he revealed his latest collection.

Crosses on long chains and headwear in various shapes were a dominant feature of his new Autumn-Winter look. Brogues and platformed Mary Janes were worn with knee-high white socks.

As the show drew to an end, the uniformed dressers replaced the models behind the glass screens, receiving applause from the audience. 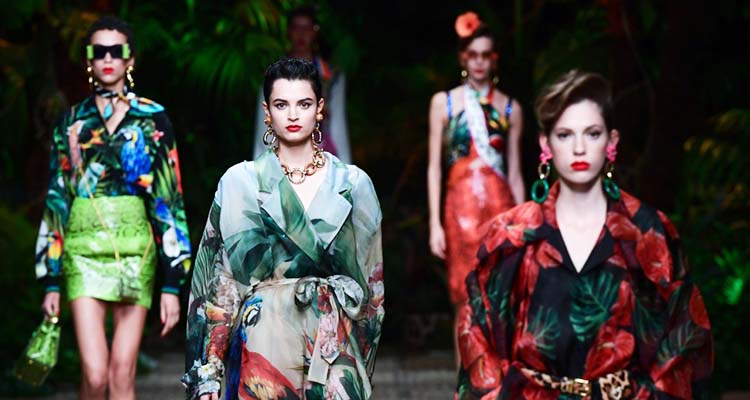 With lush greenery for a backdrop, Italian fashion house Dolce & Gabbana took fashionistas on a jungle trek at its catwalk show on Sunday, presenting a spring wardrobe inspired by colourful tropical fauna and flora. 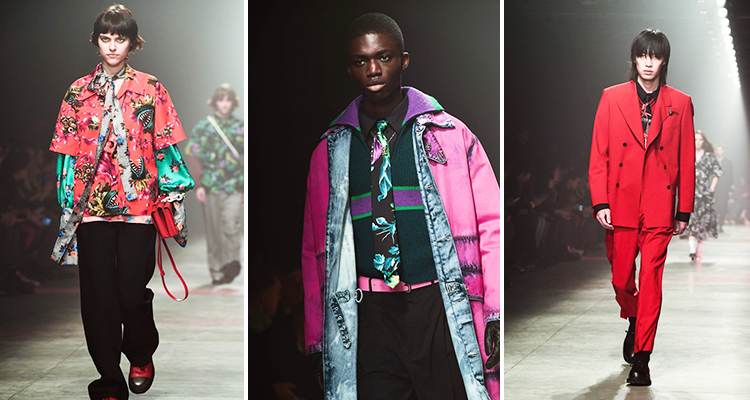 Milan fashion designers were taking a step back as they consider the import of presenting their first collections of the 2020s.