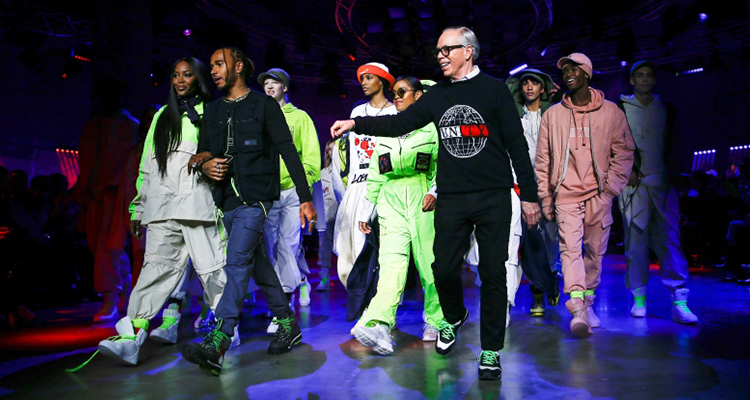 Designer Tommy Hilfiger is joined by Lewis Hamilton and models after his show.

The show, which featured supermodels Naomi Campbell, Erin O'Connor and Jodie Kidd, as well as models of diverse shapes and sizes, and accompanied by a live band that rapped, sang and played a steelpan, was underpinned by environmental sustainability, said Hilfiger.

"As a company, it's a priority for us to become sustainable, so we're working very, very hard every single day to become more and more sustainable," the designer said in an interview before the show.

A model showcases an exotic outfit with a headscarf during the Tommy Hilfiger show.

Neon collections are showcased by models during the show.

Models of diverse shapes and sizes walked the ramp during the show.

Hilfiger took over London's Tate Modern, the former riverside power station that is now a contemporary gallery, to present the street style-inspired collection of unisex designs plus his more formal Hilfiger clothes for men and women.

Speaking ahead of the show, Hamilton said he hoped other luxury brands would follow Hilfiger's lead and improve their sustainability profile.

"In the fashion industry, I think there's a lot of work that can be done with all these brands. I want us to kind of, create a ripple effect," says Hamilton.

Hilfiger's collaboration with Hamilton is in its fourth season. Hilfiger said teaming up with Grammy Award-winning U.S. R&B artist H.E.R. for the latest collection helped them push boundaries.

Among the creations were oversized items emblazoned with the words "unity" and "loyalty".

As for his Spring 2020 collection for men and women, Hilfiger described it as mixing a rock vibe with East Coast prep. Navy and white designs featured fragments of the U.S. flag, alongside oversize duffel bags and quirky jewellery.

The show was a "see now, buy now" event - a trend in the fashion industry that sees labels make outfits displayed in catwalk shows available to consumers to purchase immediately.

The Hilfiger brand, owned by fashion giant PVH Corp, is one of the best-known names in the U.S. apparel business, with over 1,600 retail outlets in the Americas, Europe and Asia. 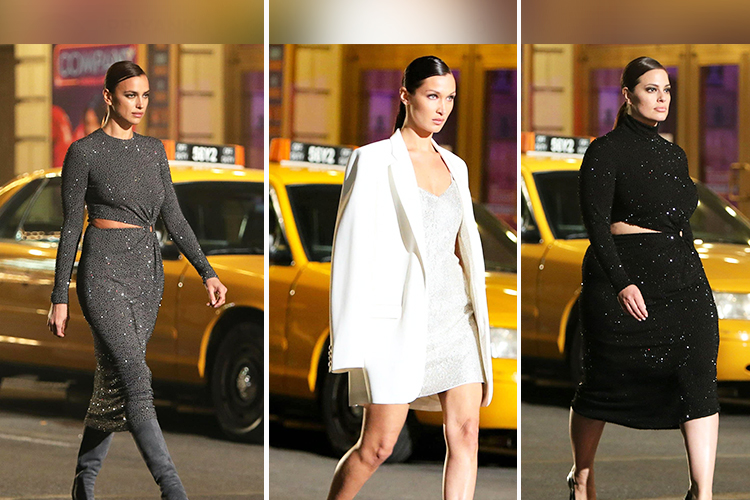 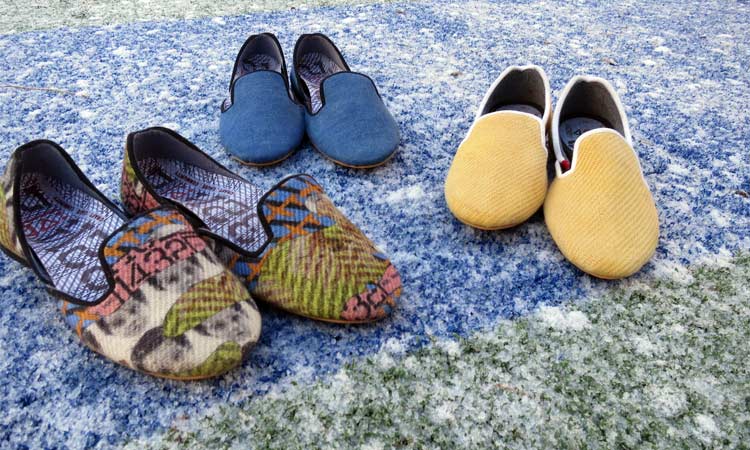 Footwear brand ONE432 is bringing about a sustainable and socially responsible revival of handcrafted juttis (Punjabi shoes), by sharing 50 per cent of its profits with female artisans and sponsoring children's education in Pakistan.

Sustainable fashion is possible. It only has to start with being conscious of waste segregation, more of the walk-the-talk on collaborative efforts between and among individuals, and political will.