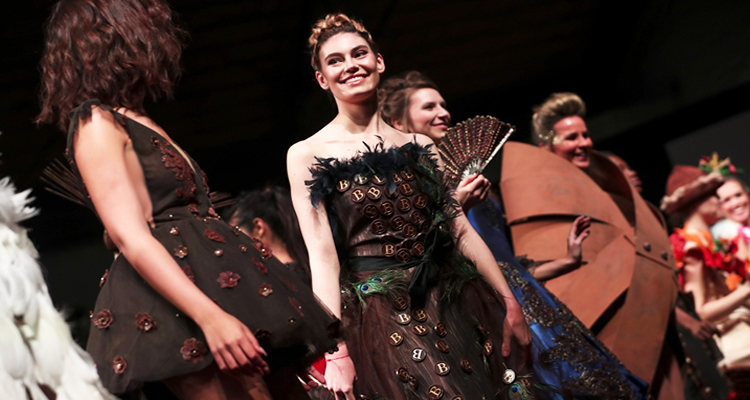 Models wear designs partially made of chocolate in a fashion show during an annual chocolate festival in Brussels.

In a unique show which brought together fashion designers and chocolatiers to the runway in Brussels, models dressed in creations made of chocolate paraded all evening. 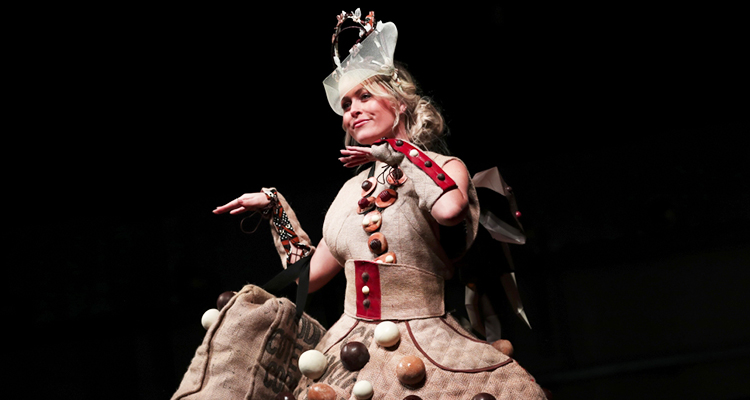 A model displays a design partially made of chocolate in a fashion show.

The irresistible collection, literally, was something that designers worked on tirelessly for months to bring together absolutely novel designs, that don’t melt away the look of the clothes. 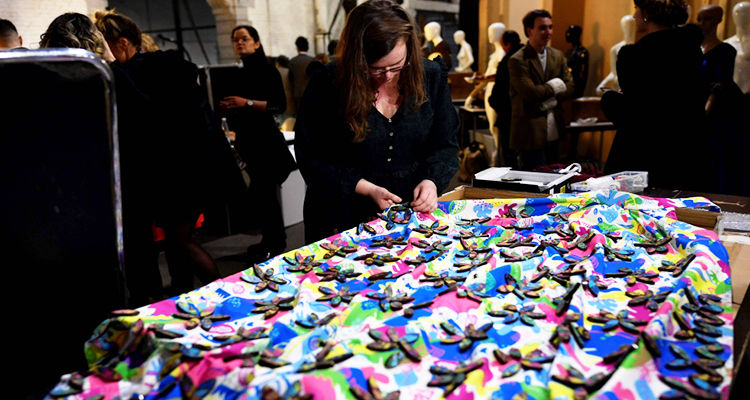 A woman prepares a design partially made of chocolate in a fashion show.

The 14 mouth-watering creations at the annual "Salon du Chocolat" fair included a jumpsuit of dabs of colour and chocolate petals emerging from the fabric.

"It's a mix of haute couture and Belgian chocolate," said the costume's creator Sixtine Anne de Molina, adding she spent five months working on the design, which includes a thousand pieces of chocolate. 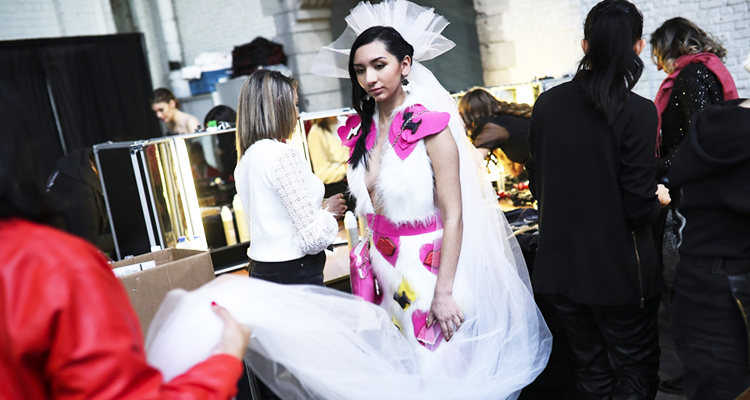 A model wears a creation partially made of chocolate backstage during a fashion.

"Sometimes it's hard to tell which what part of the dress is actually chocolate and what part is painted." 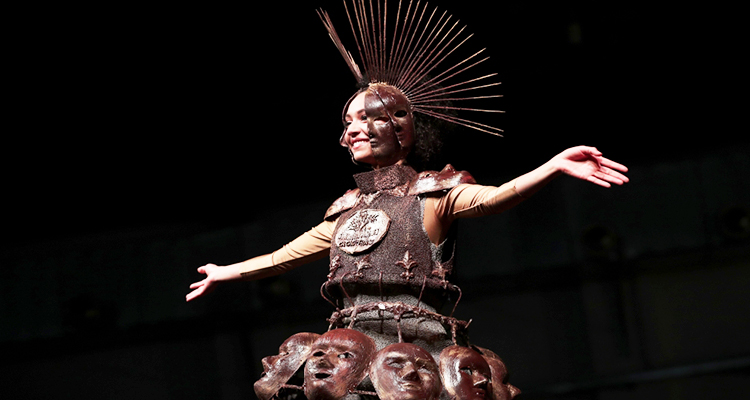 A model wearing a helmet made of chocolate walks the ramp during the show.

Another chocolate-festooned dress on display was inspired by carnival masks while a third one was a brown, beige and red striped long gown resembling knitwear. 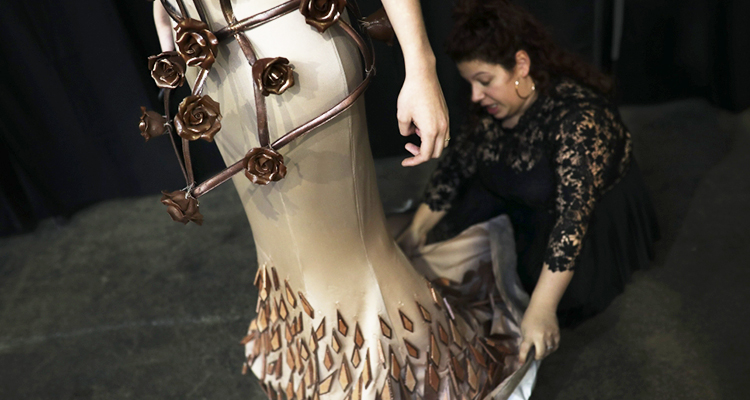 A model has her last adjustments backstage as she wears a creation made of chocolate.

The fashion show opens three days of a chocolate fair with workshops, tastings and discussions, which organiser Gerard Palacios estimates will get some 25,000 viewers and participants.