Sniffing around: Video of a nosy dog trying to peep into his neighbour's house, goes viral - GulfToday

Sniffing around: Video of a nosy dog trying to peep into his neighbour's house goes viral 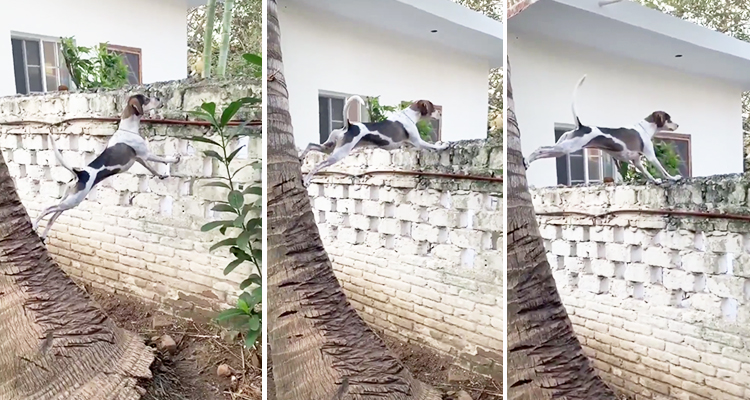 We all keep away from the over friendly neighbourhood and those who poke their nose into things they have no business in.

But here’s something that will take you by surprise.

A dog who is as nosy as a nosy neighbour can ever get.

The video shared by an Indian businessman of a nosy dog trying very hard to maintain a balance as it peeps into his neighbourhood, has social media in splits.

The dog is seen climbing up a wall and a tree to see what is happening on the other side.

Indian businessman Harsh Goenka shared a video of a dog that used its front legs to climb up the wall while taking the support of a tree with its hind legs, and the Twitterati were naturally amused.

The RPG Enterprises chairman shared the hilarious video with the caption, "Mind your own business. But when you love your neighbour as yourself...." 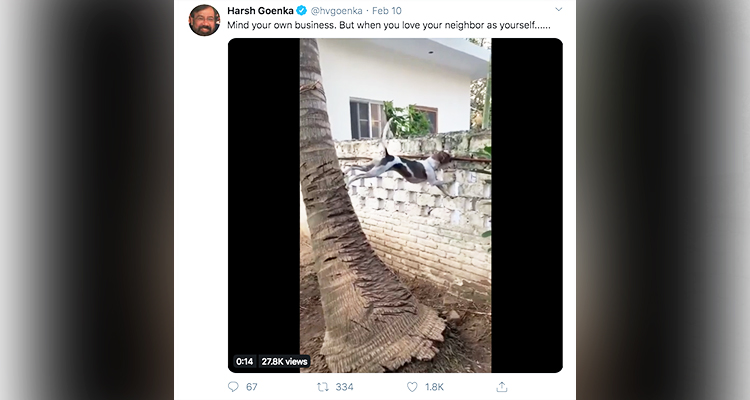 As the post went viral, Twitterati flooded the social media with their reactions.

A user wrote: "Imran Khan trying to peep across LOC."

Another wrote: "This dog is definitely a character from Ekta Kapoor's serials."

A post read: "Not just neighbours sir...some relatives do this all the time."

"Probably a disciple of Ramdev Baba, practising some Neighbour Aasan," read another post.