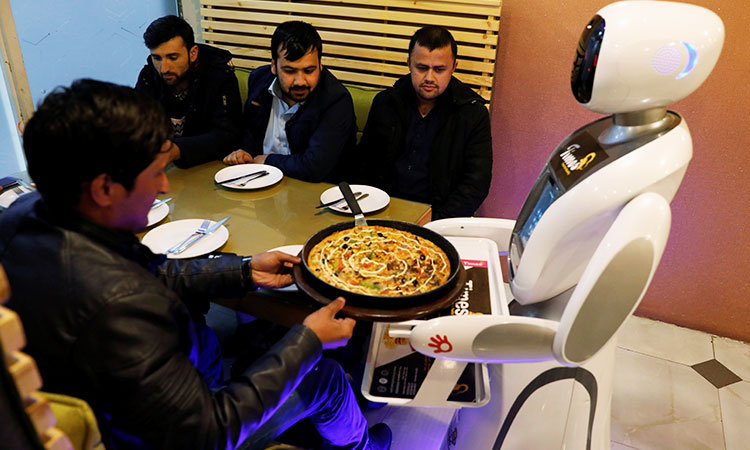 In downtown Kabul, a robotic waitress named "Timea" rolls across a restaurant to serve a pizza and fries to a customer. 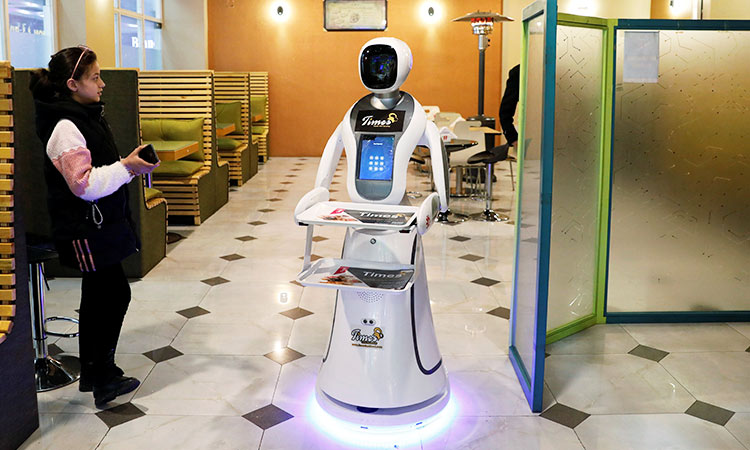 A girl stands next to a waitress. Reuters

Zahra Barakzai, 30, cheerfully receives her meal from the robot, who has drawn curious diners since she was unveiled at Time Restaurant last month.

"It was very interesting to me because it was the first robot to come into a restaurant in Afghanistan and serve food. It was nice to see the robot here, it's kind of fun," said Barakzai. 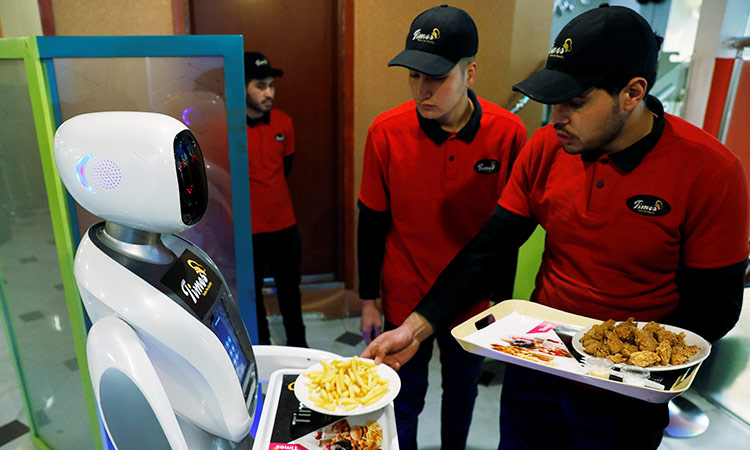 A waiter places plates with food onto the tray of a waitress robot. Reuters

Though manufactured in Japan and serving American-style fast food such as cola and burgers, Time Restaurant's team designed the robot with locals in mind.

The robot speaks Dari and Pashto, as well as English, and her head is designed to appear as though she is wearing a hijab, the headscarf worn by most Muslim women in Afghanistan. 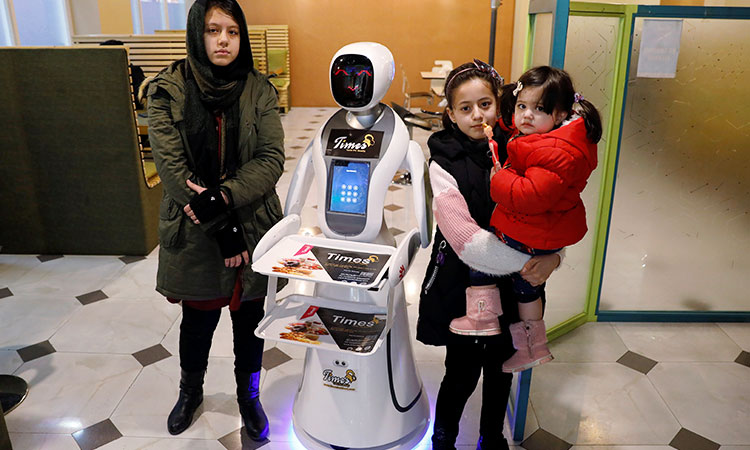 Afghan girls pose for a photo with a waitress robot. AFP

Decades of war in Afghanistan have hampered the development of the country's technology education and innovation sector, though bright spots exist as access to education, including for girls, improves. 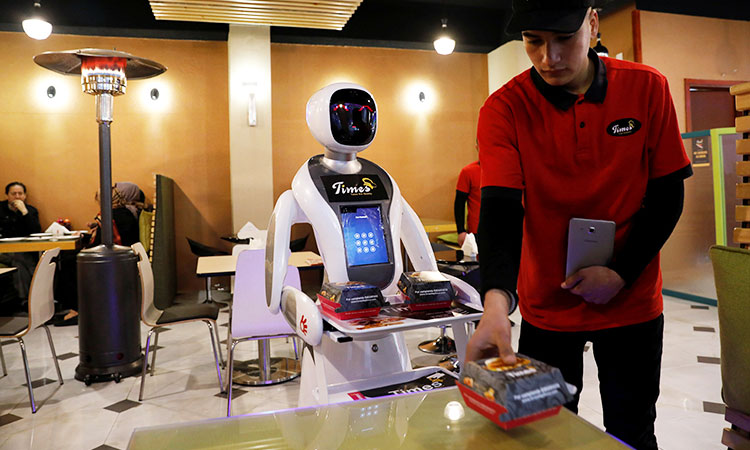 A waitress robot delivers food to a table. Reuters

In 2017, an all-female robotics team from Western city of Herat rose to global fame when they were initially refused and later cleared to compete in a robotics competition in the United States. Their solar-powered robot later won an award at an international robotics festival held in Estonia. 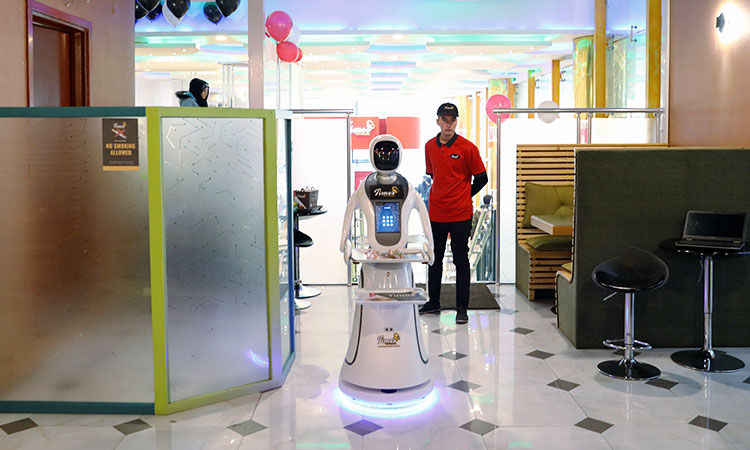 Zuhal, 13, a customer at the restaurant, said she was inspired, having previously only seen robots in cartoons.

"I never thought I would see a robot one day in my own town, but now I'm happy to see the robot in my favourite restaurant, it means that Afghanistan is developing," she said.