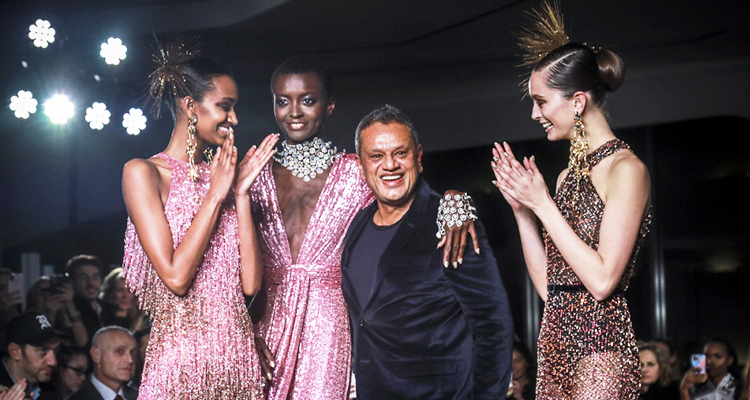 He had his models wearing shimmering gowns while walking down the runway on Tuesday.

The immigrant recalls how he started his brand with only $500 and plenty of determination. 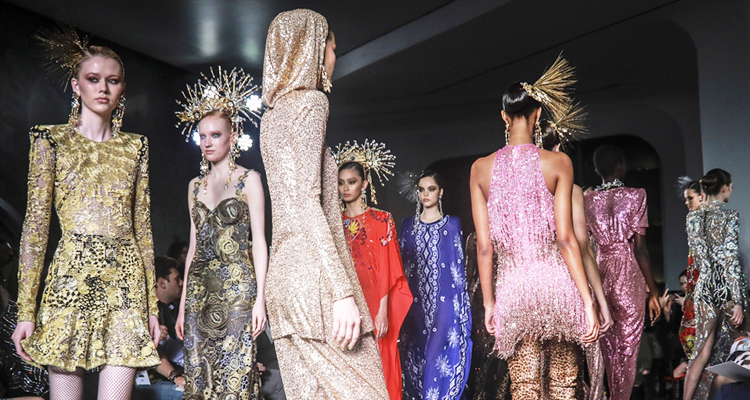 "I am where I am today out of sheer time and hard work and it’s because of this country,” he said during an emotional interview backstage. "This is my homage to thanking America.”

The opening look was an almost couture take on Uncle Sam with white satin pants, a bold red belt and navy blouse covered with white stars.

Next up were shimmering blue sequined prints with white stars - one an elegant long-sleeved jumpsuit, the other a glamorous hooded caftan.

Several of his signature caftans were also done in American reds and blues. 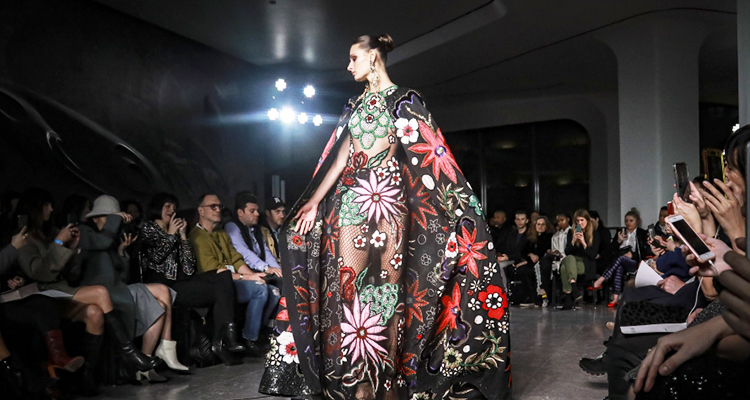 Models wore elaborate gold and silver headpieces, evocative of the Statue of Liberty. Others had gold and silver sprigs shooting out of sleek buns, giving off the feel of fireworks.

"It’s an election year and I wanted something to make a statement that says America,” said Khan.

His love affair with animal prints continued in this collection with leopard print blouses and dresses, both short and long. 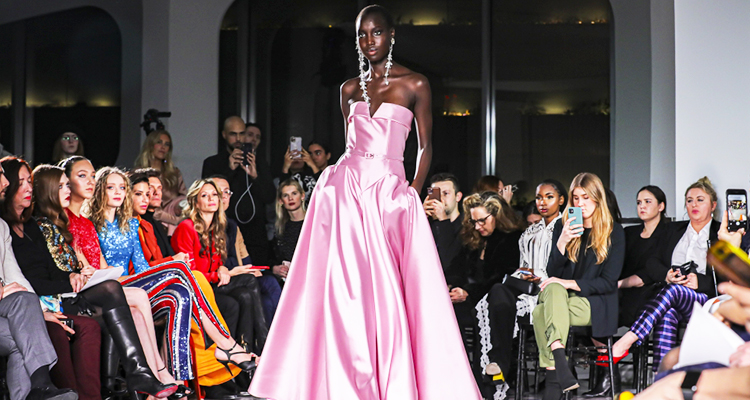 A show-stopping, full skirted dress in head-to-toe leopard had a dramatic neckline that plunged to the navel.

But the stars and stripes fuss waned toward the end of the collection when Khan sent models out in a rainbow palette of elegant, A-line gowns. Some had elaborate hand-beading in a floral motif.

Head-to-toe sequin looks were also woven throughout the collection, in body skimming numbers reminiscent of his Halston days, in modern jumpsuits and in a pantsuit with a matching sequined bandeau.

Khan dressed "The Irishman” actress Stephanie Kurtzuba for the Oscars over the weekend, but confessed he was too busy with the collection to pay attention to the red carpet fashion. 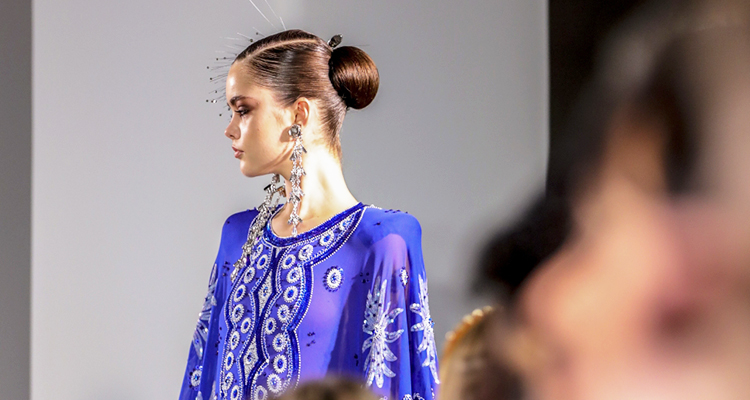 In addition to the collection, Khan said he had been working on sustainable fashion in what he called "farm to your body” clothing.

"Naeem and I will have dinner and he'll come up with an idea and literally walk away from the table and sketch it out. And then I see it come to life today,” Seacrest told The AP, confirming that at least one of the dinner table drawings actually made it down the runway Tuesday.

"I was blown away and impressed once again."

Actor Ewan McGregor watched the show from backstage with the designer.

In addition to the collection, Khan said he had been working on sustainable fashion in what he called "farm to your body” clothing and is considering growing his own hemp for material as a way to reinvigorate fabric production in the United States.

"Sustainability has to be that you actually make an impact on the footprint,” he said. "It’s an ambitious project. It has to make economic sense. We’ll see.”