Extreme cold conditions continue to persist in the Kashmir Valley 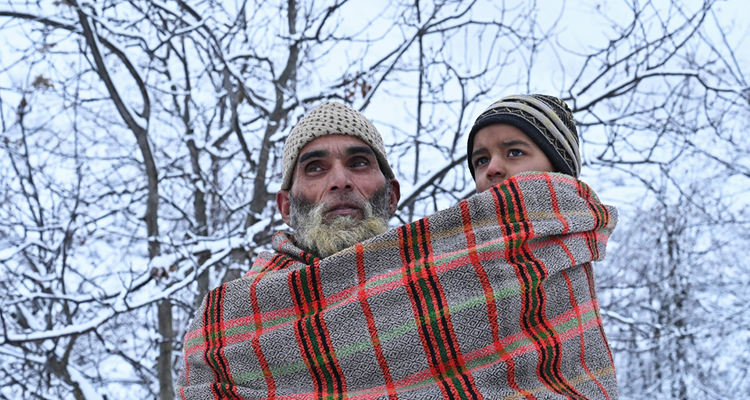 A man looks on as he carries a child after a snowfall in the outskirts of Srinagar.

Kashmir continues to have very cold conditions in the valley.

The temperatures are steadily dropping leaving residents feeling stranded in the cold. 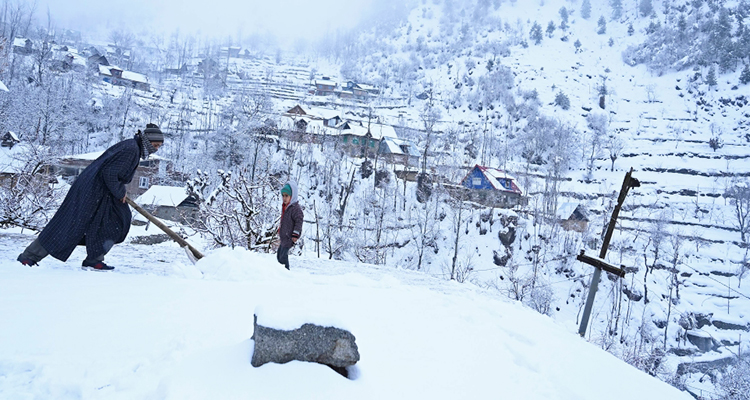 A man removes snow from the top of a mud house after a snowfall.

The weatherman has forecast that the dry weather conditions will persist in the Kashmir Valley over the next few days.

"There will be a break in the dry spell in second week of February," a MeT official said. 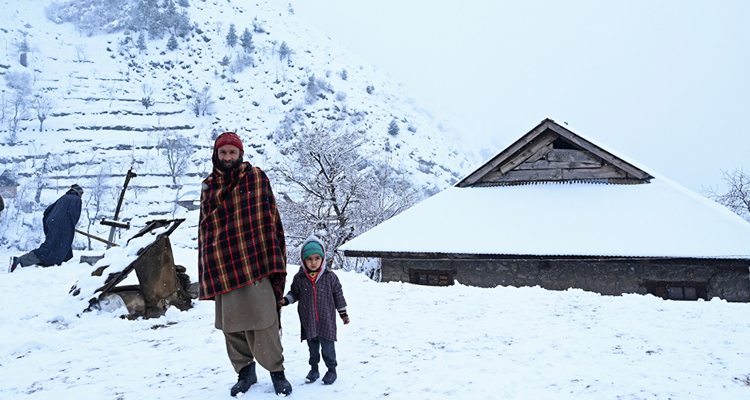 Villagers look on from the top of a mud house after a snowfall in the outskirts of Srinagar.

This year the winter has been extremely harsh with several rounds of snow.

Meanwhile, the Jammu-Srinagar National Highway is open for a one-way traffic on Monday.

Only the vehicles from Jammu to Srinagar are allowed. 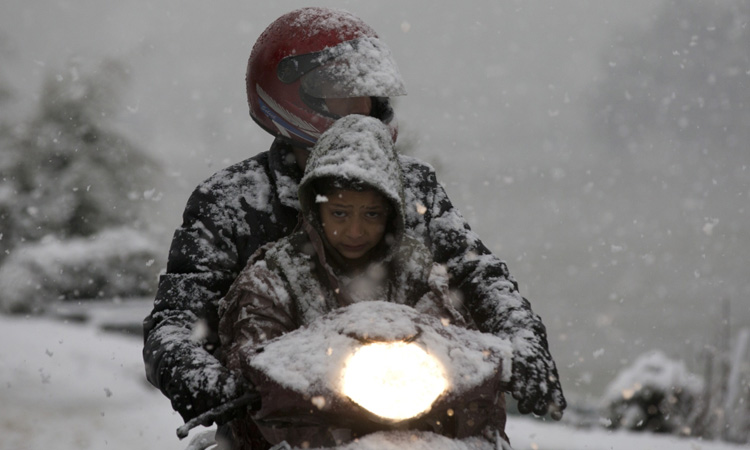