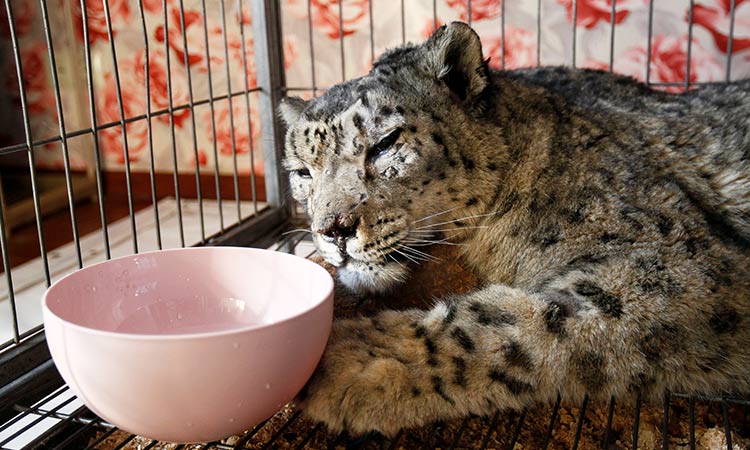 Jaabars the snow leopard, that was found wounded in a forest by the town of Talas earlier this month, rests in a cage. Reuters

Partly blinded by shotgun pellets still lodged in his head, Jaabars the snow leopard licks his paw inside a rescue shelter cage after life-saving surgery.

The two-year-old cat was taken in by a Kyrgyzstan charity in mid-January after his rescuers found him in a forest outside the nearby city of Takas.

Native to Central Asia's high mountains and classed as a vulnerable species whose global population the World Wildlife Fund estimates at fewer than 7,000, the snow leopard is revered across the region. 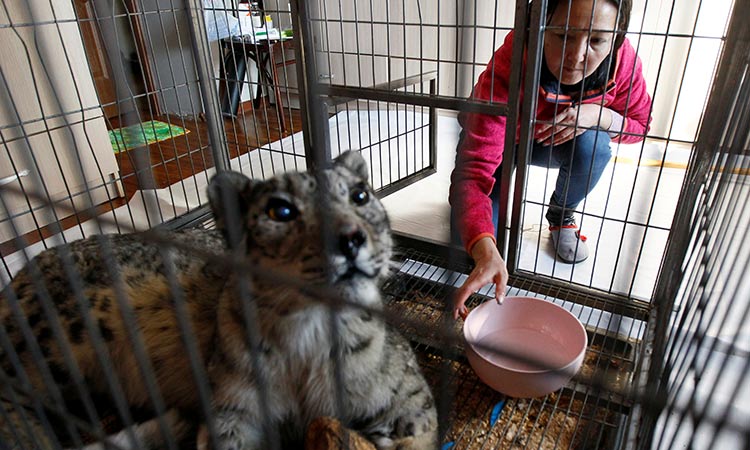 But, as a large predator with beautiful markings, it is also a favourite target for hunters.

"We got this little leopard with a gunshot wound," said Saltanat Seitova, president of the Bugu-Enye charity. "An operation was carried out and 18 shotgun pellets were removed, mainly from his forehead, eyes and sinuses."

But more than 50 remain inside his head, and the pellets caused damage to both his eyes, meaning he can never return to the wild. 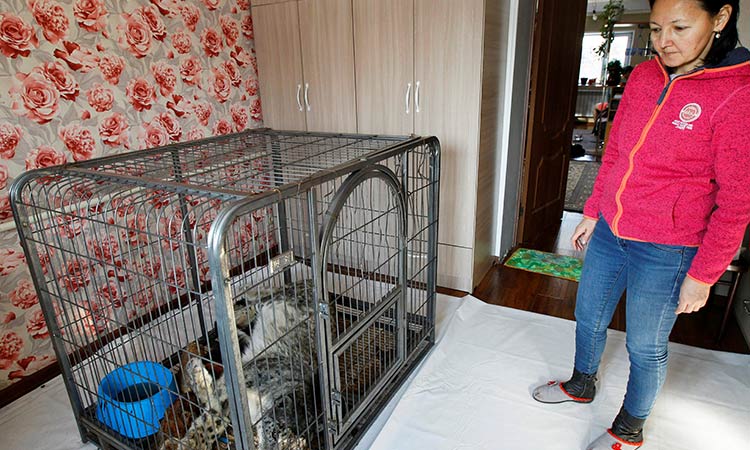 Saltanat Seitova stands near a cage with jaabars the snow leopard. Reuters

Since his arrival at the shelter Jaabars, named after a snow leopard in Kyrgyz literature, has attracted a following on social media, including local resident Baatyr Bekishov, who arrives with a gift of meat.

"It's not right to treat animals like that, especially those in the Red List (of threatened species), to hunt them or shoot them," he said.

Seitova said Bekishov is one of many who have come forward with money and food.

She expects Jaabars to spend up to two months recovering at the shelter before he is transferred to a zoo "where they'll create the (right) living conditions for him." 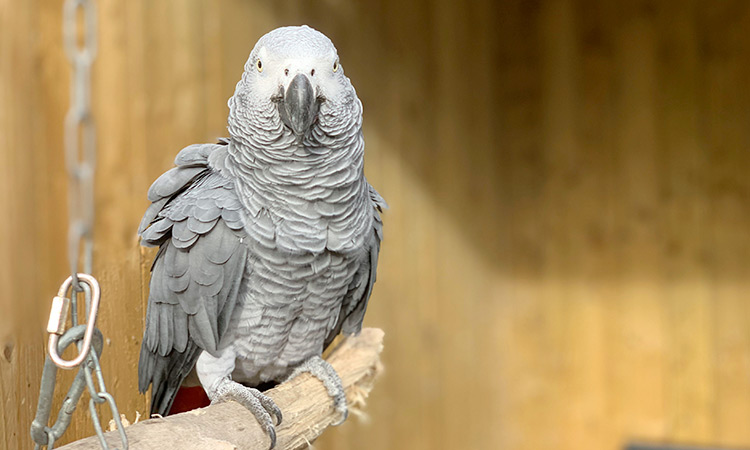 A British zoo has had to separate five foul-mouthed parrots whose keepers say were encouraging each other to swear.