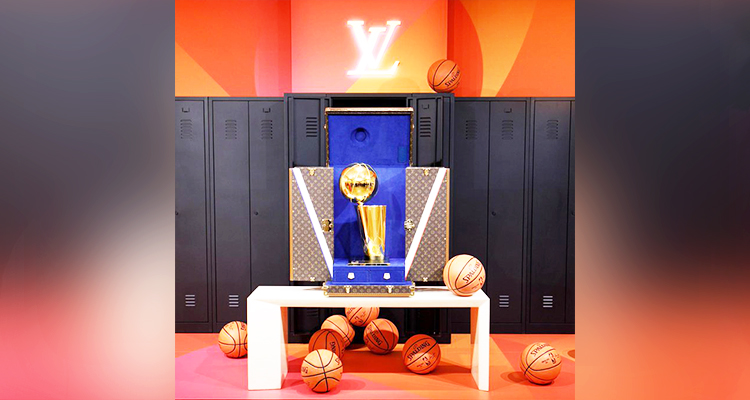 Under the terms of the pact, the French fashion house Louis Vuitton is now the first official Trophy Travel Case provider of the NBA.

Louis Vuitton and the National Basketball Association (NBA) on Thursday announced a multi-year partnership that makes the French fashion house the first official Trophy Travel Case provider of the NBA.

The partnership marks Louis Vuitton's first and only partnership with a North American sports league, a statement said.

The bespoke case will house and display The Larry O'Brien Trophy that is presented annually in June to the NBA team that wins The Finals.

The NBA and Louis Vuitton will also work together to co-author stories regarding the trophies and its travel companion.