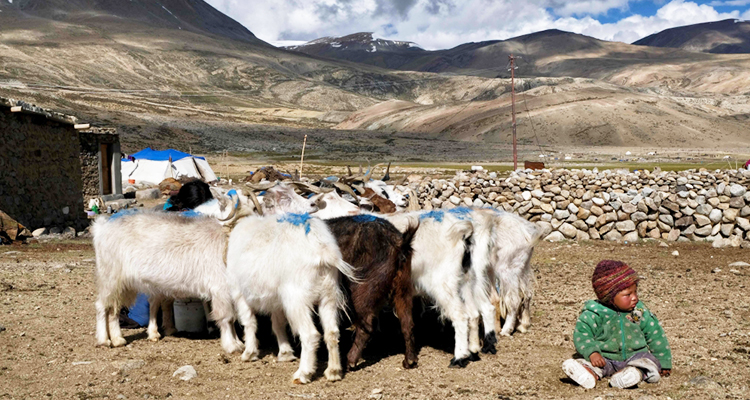 A young Changpa nomad sits near pashmina goats in a nomadic camp.

But now many are rethinking their way of life, in part because of climate change. 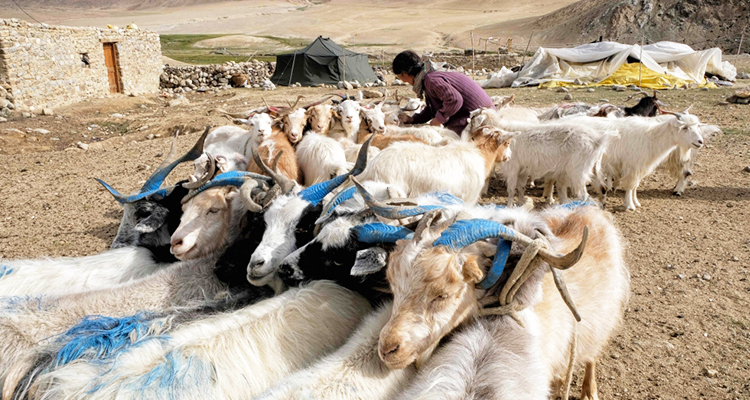 Winters have become harsher and summers drier for the semi-nomadic people living 5,000 metres (16,400 feet) up in the Changtang region straddling northern India and Tibet.

This and other factors have pushed many on the inhospitable plateau to abandon their traditions and migrate to villages and cities in the Ladakh region in search of alternative sources of income.

Pashmina, a highly coveted cashmere wool, comes from the fine undercoat of a breed of Himalayan goat found in India, Nepal, Tibet and Central Asia. 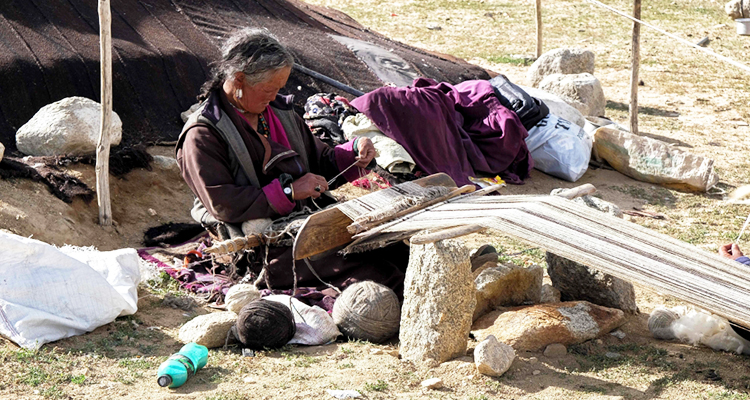 A Changpa nomad looms pashmina wool in a nomadic camp, some 1km from Korzok village.

But the pashmina from Changtang is seen by purists as the best.

For this exceptionally warm, light and fine fibre, the animals need the particular climatic conditions of the Changpa's homeland.

"During the period June to September we live in the camp inside tents but during the winter we have to shift to Korzok village because the weather gets too cold," said Sonam Yangzom, 55. 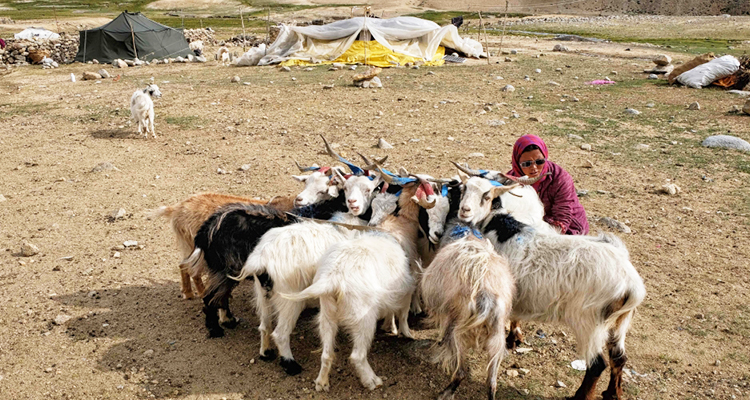 For centuries the Changpa have tended the shaggy goats that provide silky-soft, super-expansive pashmina wool.

"We will have to build a house in the camp because living in the tents is getting too cold," she told AFP, her face weather-beaten after a lifetime in Changtang.

Shopkeeper Irfan Goruu, 31, said there were sometimes shortages of pashmina because of the changing weather.

"If the nomads of Ladakh do not produce it then nobody will... so this industry will finish," he told AFP. 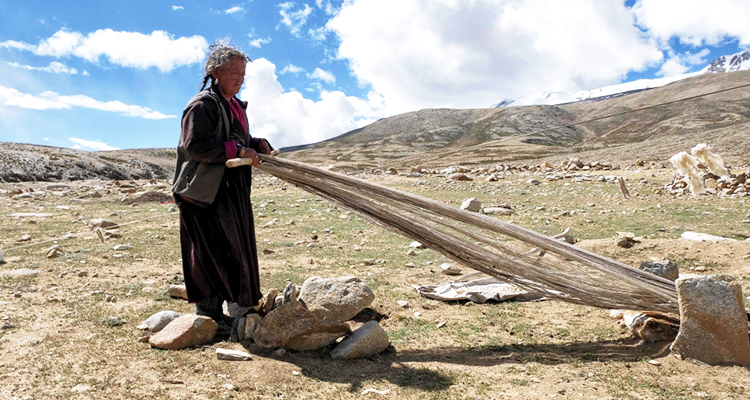 Many of the Changpa nomads are rethinking their way of life, in part because of climate change.

"These impacts are driving migration. People are leaving their homes. And we have seen that their livelihoods change, their patterns of life change," the 43-year-old told AFP. 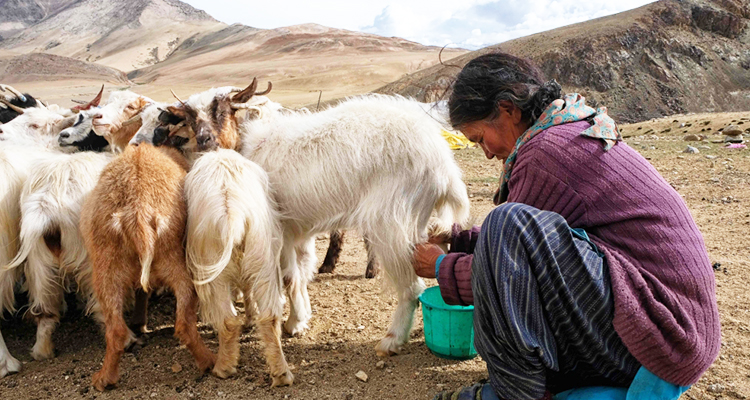 "Right now at the international level, we talk much more about the economic impacts of climate change.

But gradually people are realising that we need to look also at the social, cultural and environmental impacts such as the loss of culture, loss of language, loss of territory and loss of biodiversity." 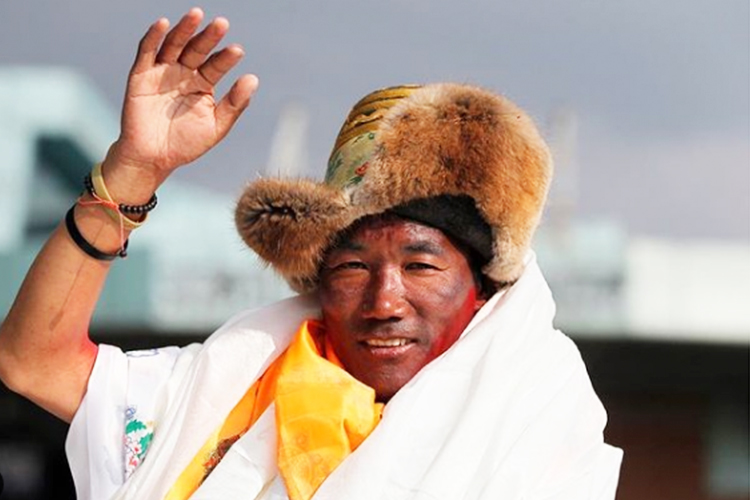