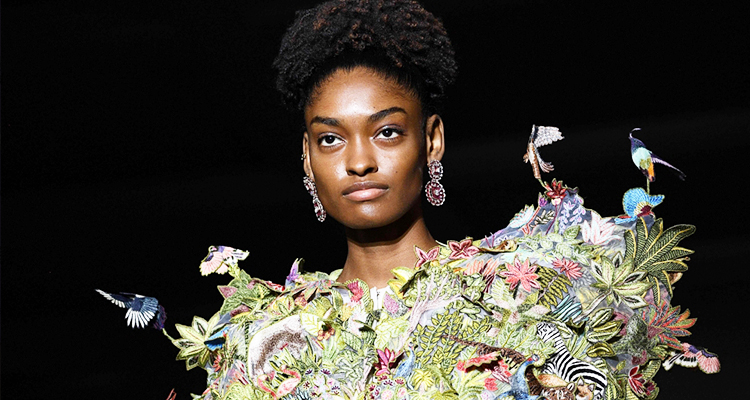 A model presents a creation by Rahul Mishra during the Women's Spring-Summer 2020 Haute Couture collection.

Only a little more than a dozen of the world's most prestigious luxury labels -- including Dior, Chanel and Givenchy -- have a right to call their clothes haute couture.

All the clothes must be handmade -- and go on to sell for tens of thousands of euros (dollars) to some of the richest and most famous women in the world.

Mishra, an advocate of ethical "slow fashion" who blames mechanisation for much of the world's ills, said "it felt amazing and very surreal to be the first Indian to be chosen." 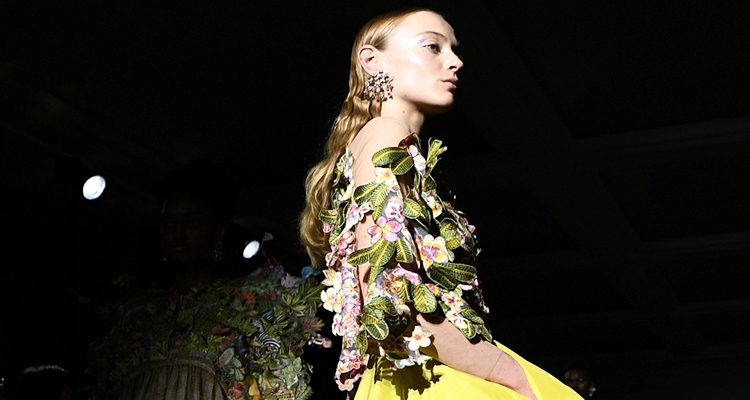 Mishra said "it felt amazing and very surreal to be the first Indian to be chosen."

Ayissi said his selection was "immense" both for Africa and himself.

"I am so proud that I can show my work and showcase real African fabrics and African heritage," he told AFP backstage as celebrities, including the chic head of Unesco, Audrey Azoulay, congratulated him.

Mishra broke through on the Paris ready-to-wear scene after winning the International Woolmark Prize in 2014, the top award that also launched the careers of such greats as Karl Lagerfeld and Yves Saint Laurent. 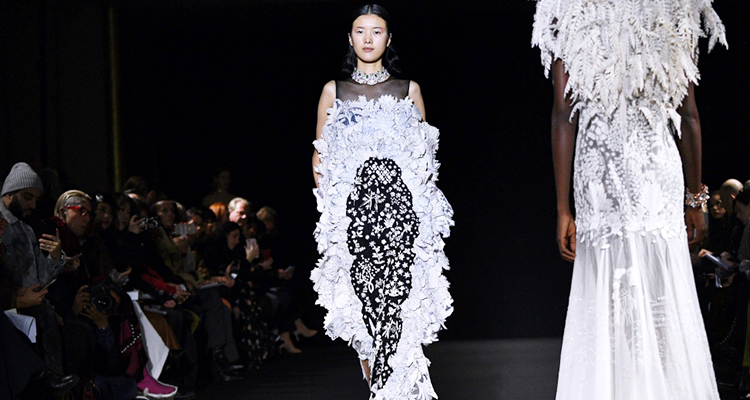 Mishra is an advocate of ethical "slow fashion."

The purity of his often white creations with their detailed but understated embroidery has won him many fans, including Vogue's legendary critic Suzy Menkes.

The doyenne of fashion's front row called him an Indian "national treasure".

But this time, Mishra turned up the colour palette somewhat with dresses that subtly evoked the jungle paradises and pristine underwater world off the Maldives he worries that one day we might lose.

Appalled by the smoke and pollution that meant he had to keep his four-year-old daughter indoors in Delhi for nearly 20 days in November, Mishra said he imagined a "pure virginal and untamed planet... with ecosystems crafted out of embroidered flora and fauna". 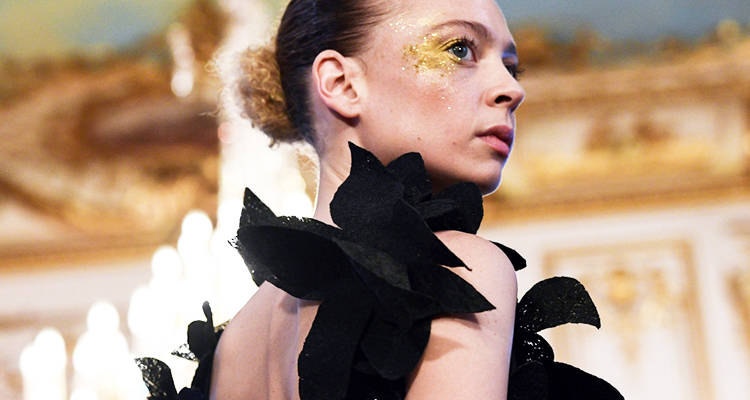 Ayissi wants to find "a new path for Africa" and  an "alternative way of doing luxury fashion".

"I am very emotional about it. Sometimes it makes me cry. All our children should be growing up in a better world," he added.

Mishra said he was reducing the quantity of clothes he was producing while at the same time increasing their quality, with humming birds, koalas and other animals hidden in the hundreds of hand worked embroidered leaves and flowers of his "jungle dresses".

Ayissi takes a similar stand, refusing to use wax prints popular in West Africa which he dismisses as "colonial".

Dutch mills flooded Africa with cotton printed with colourful patterns borrowed from Indonesian batik in the 19th century, and still dominate the market. 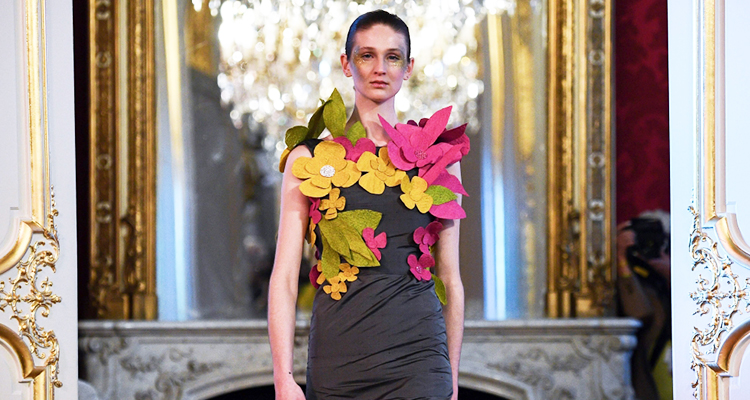 Ayissi said his selection was "immense" both for Africa and himself.

"When we talk about African fashion, it's always wax, which is a real pity," he told AFP, "because it's killing our own African heritage."

Ayissi, a former dancer who worked with singers such as Sting and Seal, told AFP he wanted to open up "a new path for Africa" and find an "alternative way of doing luxury fashion". 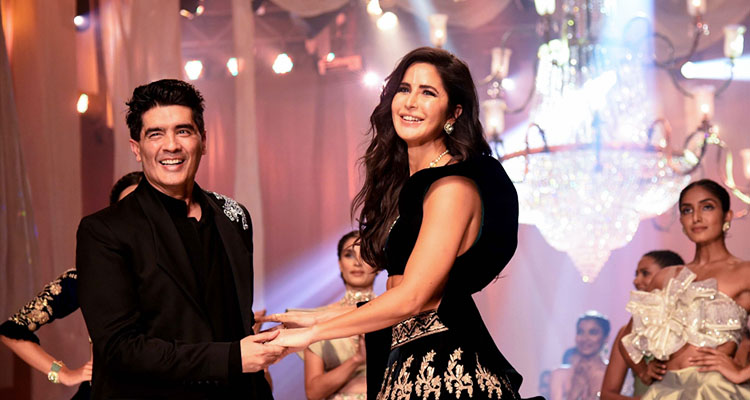 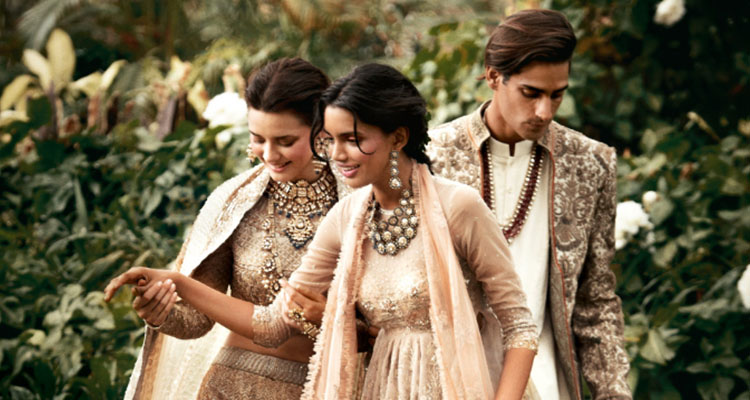 As promised, the seventh edition of the Vogue Wedding Show was the perfect platform to design one's fairytale wedding. 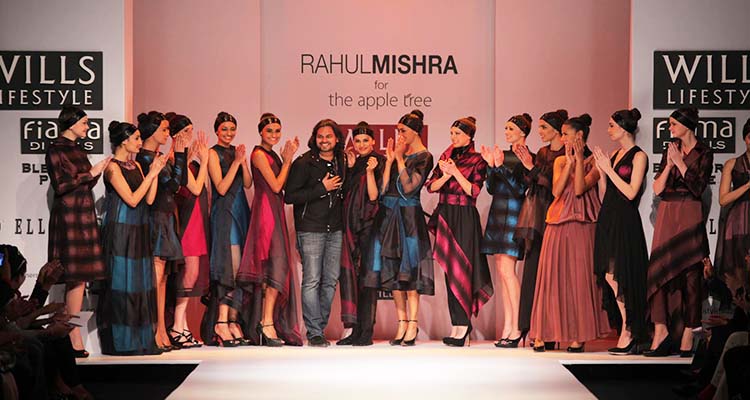 India may not be the most fast forward country in consumption of fashion, but it is the best producer of slow fashion, says Rahul Mishra. 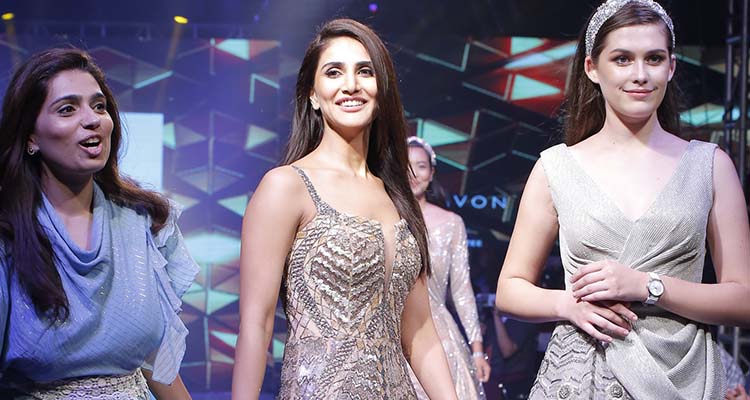 The 12th edition of IFFD's India Runway Week saw a blend of Indian and western design on the ramp with focus on the handloom, sustainability, and social cause