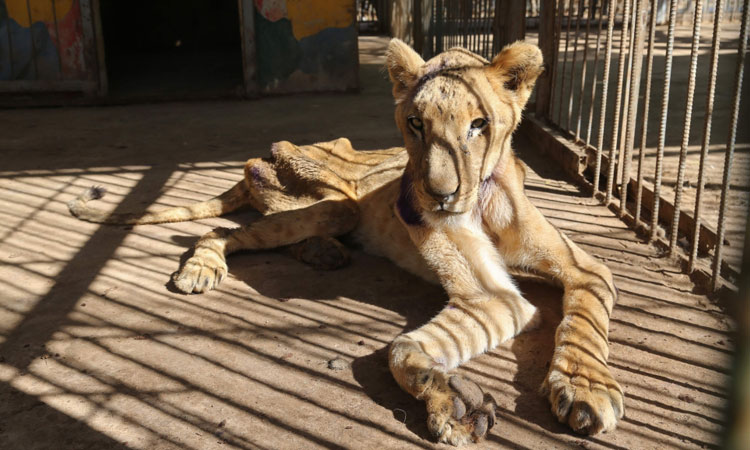 A malnourished lioness sits in its cage after receiving treatment at Al Qureshi park in the Sudanese capital Khartoum on Thursday. AFP

Conservationists in Sudan are trying to save four lions they say have been underfed and neglected in a wildlife park in the southeast of the country, after one lion died earlier this week.

An online campaign under the hashtag #SudanAnimalRescue calling to help save the lions has grown over the past few days. 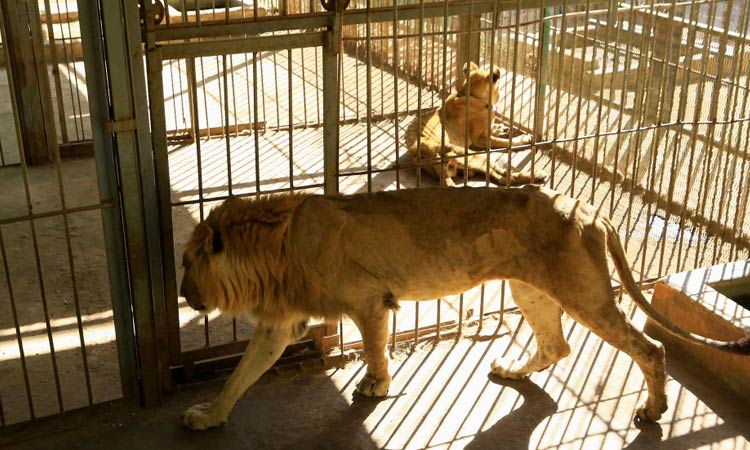 Malnourished lion and lioness rest in its cages after receiving treatment at Al Qureshi park in Khartoum. AFP

"This is actually a crime,” he said, adding that the park once teemed with animals. "Someone should be held accountable.”

With the staff at the destitute Al Qurashi Park, as the zoo in Khartoum is known, unable to feed and look after the animals, many have died off or were evacuated, leaving only three skeletal lions, including a lioness.

Locals concerned about the fate of the lions flocked to help recently, bringing food and medical items, despite the economic crisis gripping the country 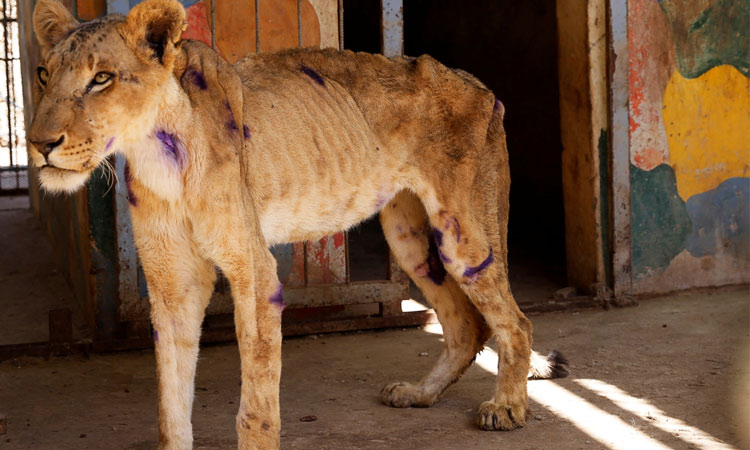 A malnourished lion stands inside its cage at the Al  Qureshi Park in Khartoum. Reuters

The emaciated lions belong to an important subspecies that exists only in limited areas including Sudan and Ethiopia, said Khalda Seliman Mahgoub of the Sudan Wildlife Research Centre.

"Since this is a particular subspecies that we should preserve, I shouldn't see them in a cage. They should be in their natural habitat," said Mahgoub.

It was unclear exactly where the lions had come from but the cages in Dinder national park where they were being kept had been constricting their movement, she said.

The lions are now being treated after a plea from the Sudan Wildlife Research Centre and an online campaign pointing out their plight. 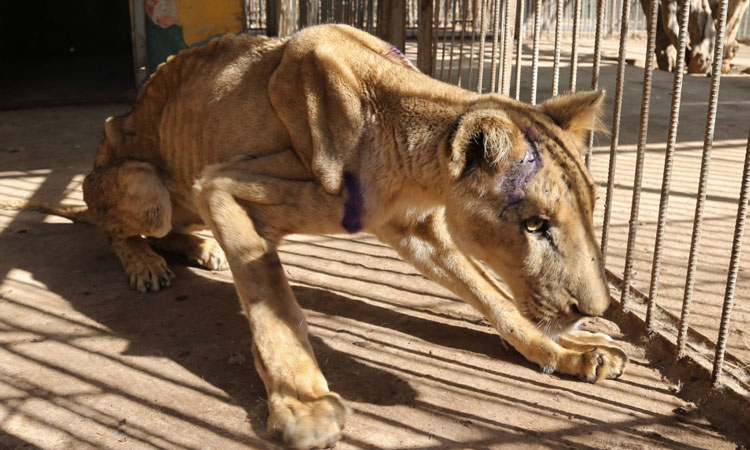 A malnourished lioness sits in its cage after receiving treatment at Al Qureshi park in Khartoum. AFP

The park is managed by Khartoum municipality but funded in part by private donors.

Sudan is experiencing a worsening economic crisis, with food prices soaring amid a foreign currency shortage.

It is unknown how many lions are in Sudan, but a population lives in Dinder National Park on the border with Ethiopia.

African lions are classified as a "vulnerable" species by the International Union for Conservation of Nature.

From staying hydrated, eating the right foods and exercising, these are the most effective ways to cure a common cold and stop it from progressing further.