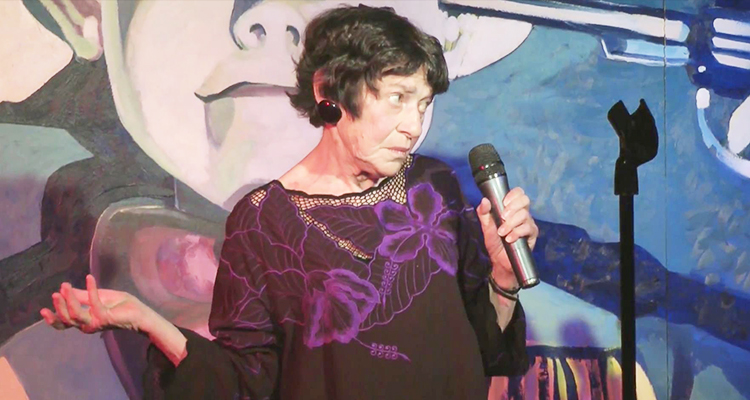 Considered one of the oldest comedians in the world, an 86-year-old Lynn Ruth Miller, brings her audience into splits the minute she gets on stage.

Behind the Laughter by Chicago comedian Anthony Griffith

After spending nearly 70 years of her life trying to figure out how to live her life pleasing others and fighting against all odds, the charming old lady had nothing to lose when she gave stand up comedy, literally, her last shot.

At an age when everyone decides to brood and wait for death to knock on their door, Lynn travels all across the world performing on stage and looking forward to meeting new people.

She says she doesn’t want to let the wrinkles get in the way of her happiness and we coudn’t help but agree with that to the fullest.

People look up to her and want to be able to be like her when they reach her age, but she politely says, ‘Why me? You should be you!’