Outbreak from new virus rises to 440 in China - GulfToday

Outbreak from new virus rises to 440 in China 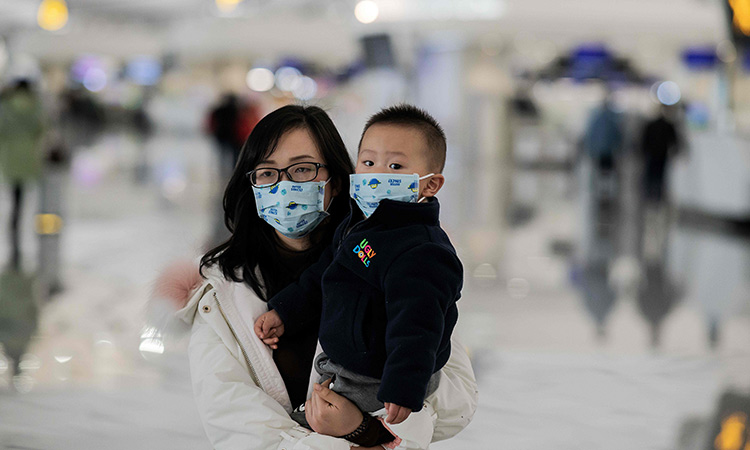 The number of cases of a new virus has risen to 440 in China and the death toll to 9, Chinese health authorities said on Wednesday.

Deputy Director of the National Health Commission Li Bin told reporters that the figures were current as of midnight Tuesday. All the deaths had been in Hubei province, home to Wuhan city where the first illnesses from coronavirus were reported in late December. Concerned about a global outbreak similar to SARS, another coronavirus that spread from China to more than a dozen countries in 2002-2003, numerous nations have adopted screening measures for travelers from China, especially those arriving from Wuhan.

The worries have been heightened by the coming of the Lunar New Year holiday rush, when millions of Chinese travel at home and abroad.

Officials said it was too early to compare the new virus with SARS or MERS, or Middle East respiratory syndrome, in terms of how lethal it might be. They attributed the spike in new cases to improvements in detection and monitoring. "We are still in the process of learning more about this disease.” Gao Fu, an academician of the Chinese Academy of Sciences and head of the Chinese Center for Disease Control said at the same news conference.

Gao said officials are working on the assumption that the outbreak resulted from human exposure to wild animals that were being traded in illegally at a market in Wuhan and that the virus is mutating.

Health officials confirmed earlier this week that the disease can be spread between humans after finding two cases of people in southern Guangdong province who had not been to Wuhan. It's not clear how contagious it is, but that possibility could allow it to spread more widely.

The Lunar New Year is a time when many Chinese return to their hometowns to visit family. Li, the health commission official, said that measures were being taken to monitor and detect infected people from Wuhan, and that people should avoid going to the city and people from the city should stay put for now.

Michael Ryan, executive director of the World Health Organization (WHO) Health Emergencies Program, urged that no stigma should be associated with the fast-spreading novel coronavirus.