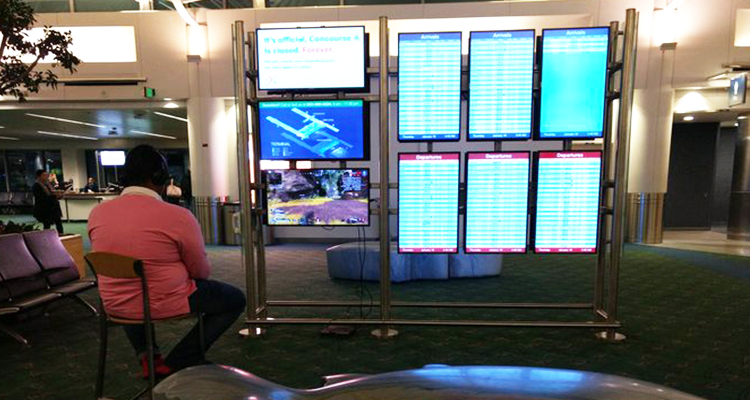 Picture of the traveller using the Portland International Airport monitor.

Around 4.30 a.m., on January 16, a man took over the monitor and started playing the game, but his session was soon interrupted by airport officials, news portal techspot.com reported recently.

The entire moment was caught on camera by a Twitter user Stefan Dietz, who shared the photo with the caption, "This guy has his video game plugged into one of the airport monitors."

The tweet has been retweeted around 1,000 times with mixed reactions of netizens. 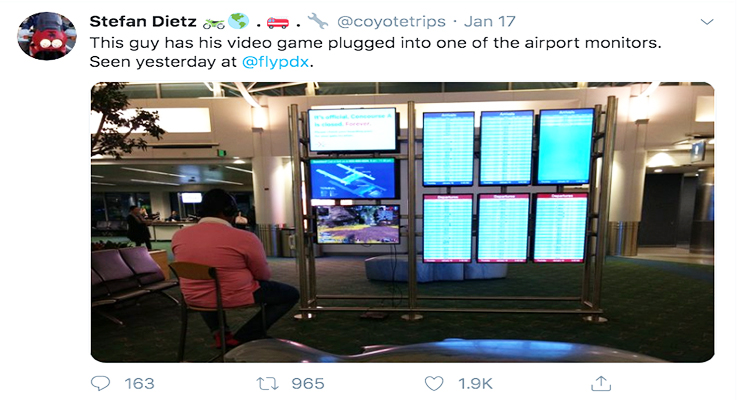 A screenshot of the tweet shared of the traveller.

"The real question is how well did the game perform online with the laggy wifi connection," a user wrote.

"I can't believe he actually thought that was a good idea," wrote another.

According to Port of Portland spokesperson Kama Simonds, a traveller plugged his Playstation 4 into a monitor that showed a map of the airport.

"That is obviously something that we do not want to have happened because travellers need the information that we are putting on the screens for them," Simonds said.

"Apparently, it was a very polite and cordial interaction, it was a good reminder of what not to do at the airport," Simonds added. 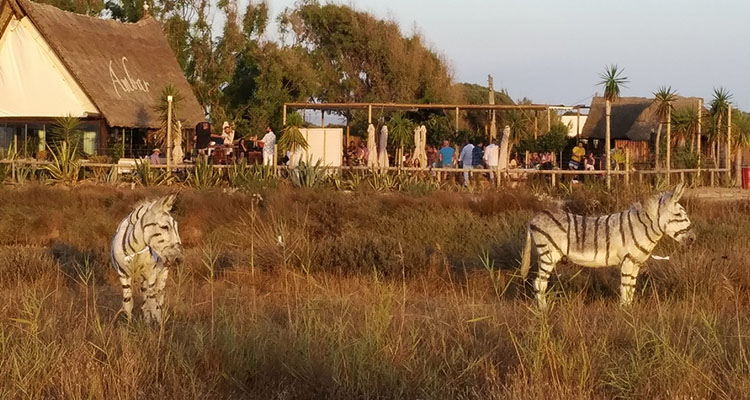